Mute Category.. how does it work?

I’ve created a muted category ‘Hidden’ as i want those posts not to appear on the front page, although i still want users to receive notifications on those threads as normal. 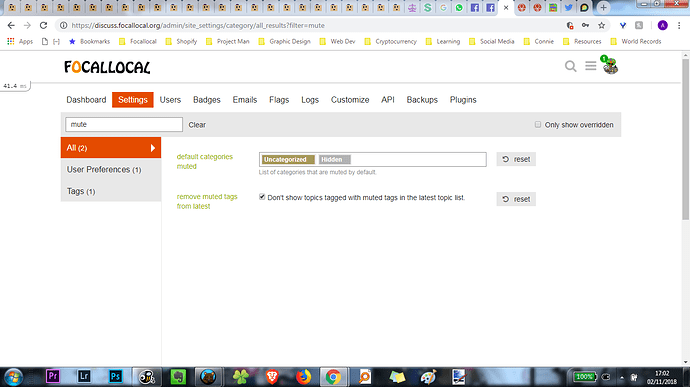 It doesn’t seem to do what i expected, the category is still there for everyone to see. 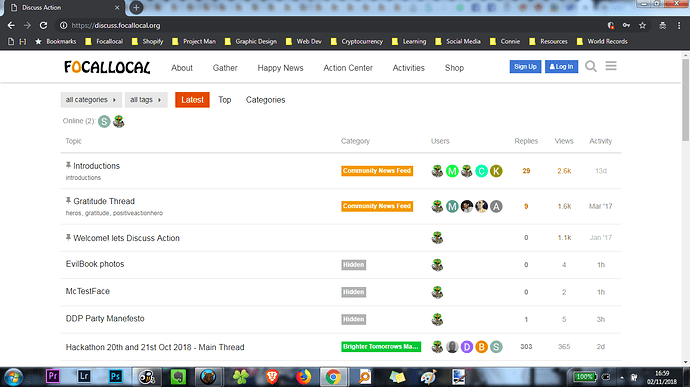 You added “Hidden” to default categories muted. Default means that this will only affect new users, created after you set the new value to the setting. To update existing users check: Edit a user setting for all Discourse users

i still want users to receive notifications on those threads as normal.

I think what you are after is on the Category Settings 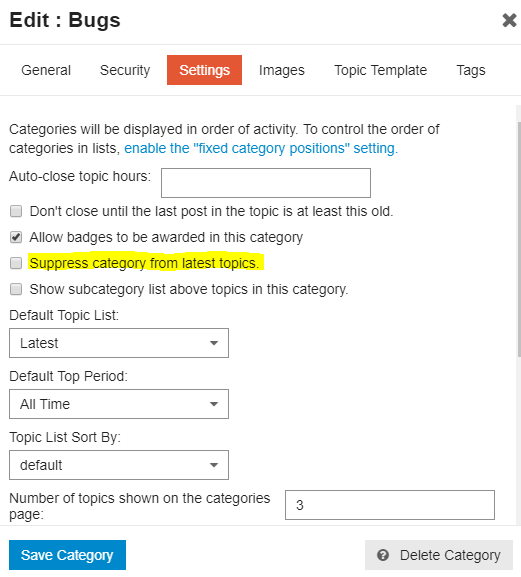 Oh, that’s no use. I thought there was discussion on here a few years back about that being too nuclear and anti-community, so users wanted the notifications to stay. If not, any idea how to create that functionality as notifications are essential - i just don’t want it in the main page?

that’s perfect, thank you. i think i was following guides on old and out-dated threads

The trouble with “suppress from latest” categories is that you have zero per user fidelity. It is an atomic bomb type of setting and from our actual real world usage we never found a case where zero users wanted to override this.

I think it is far better just to set a default mute, and then insert the mute for all old users in the system. It is far less “magical” and “surprising” to end users as well.

I think long term we should totally remove the “suppress category from latest topics”, category setting.

It would be a real shame if this happened. I’ve several communities who pretty much rely on it to keep high volumes of WP post stubs from overwhelming Latest.

You see, this is the sad current state, people misunderstand the feature we ship, even Discourse gurus.

Actually, that’s precisely the point. In the first community which comes to mind they have 20+ wordpress posts per day, where the site owners don’t want anyone seeing those posts appear in /latest because the community side moves much slower. Doing so would kill the little discussion that does exist. Discourse only handles article comments at all because they don’t want commenters to end up with a separate account, plus commenting means they’ve joined the community and will see community emails as a result of pretty much any interaction.

They do use muting elsewhere, but they like others are still waiting for the ability to mandate categories which are muted or followed at a group level without reaching into the database. Discourse-watch-category looked as if it might offer that functionality down the line if it was ever expanded on, but a two year long PM chain I had from Arpit concluded that this feature would arrive in core to replace it.

As it stands the plugin looks to be the only way if the above goes into effect, but last I checked the group and category is hard-coded into the plugin. It also didn’t support multiple groups and still only handles categories to watch, not suppress.

That’s a lot of running around in circles all because a checkbox might be going away.

They do use muting elsewhere, but they like others are still waiting for the ability to mandate categories which are muted or followed at a group level without reaching into the database.

I agree 100% there should be an easier way for admins to:

Where and how we fit in such a UX is a bit of a conundrum, we could pop up a box when people amend the site settings I guess.

What we’ve wanted for the longest time is the ability to mandate category control at the group level.

For communities who use categories for knowledge management they want to ensure everyone is kept abreast of updates to critical topics with no means to mute it. In one particular case theres a compliance requirement for this.

And in the earlier case the opposite would be true, muting all posts within a category by default.

Maybe the nuclear option is only a band-aid for the inability to do the above, but until a better option presents itself it’s a band aid which has done a pretty ok job for the past three or four years.