Not visibility all groups

All groups in the list are not visibility, but I am an administrator 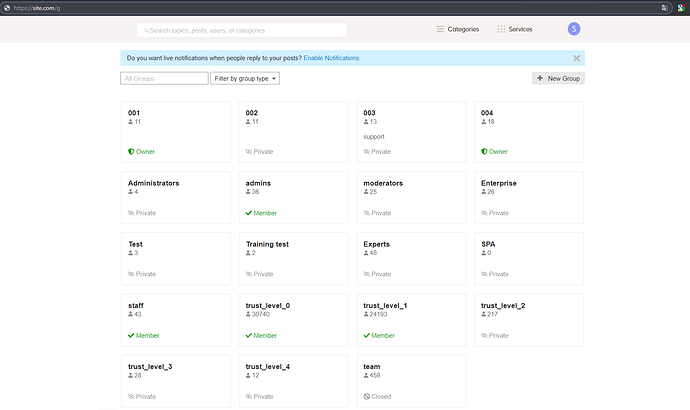 up - who faced such a problem?

Can you try explaining a little more? I don’t quite understand the problem.

This is probably the same issue as: Admins can't see a group set to `group owner` only visibility

Check if you have Babble or another plugin that no longer works with recent changes in core.

FYI, “group owners and admins” has not been deleted. It still exists, it’s been labelled as “group owners” because the “and admins” was redundant on every option, so I added it as a description below the field: