When I rebuild using

Everything seems to go fine, except for the very last step: 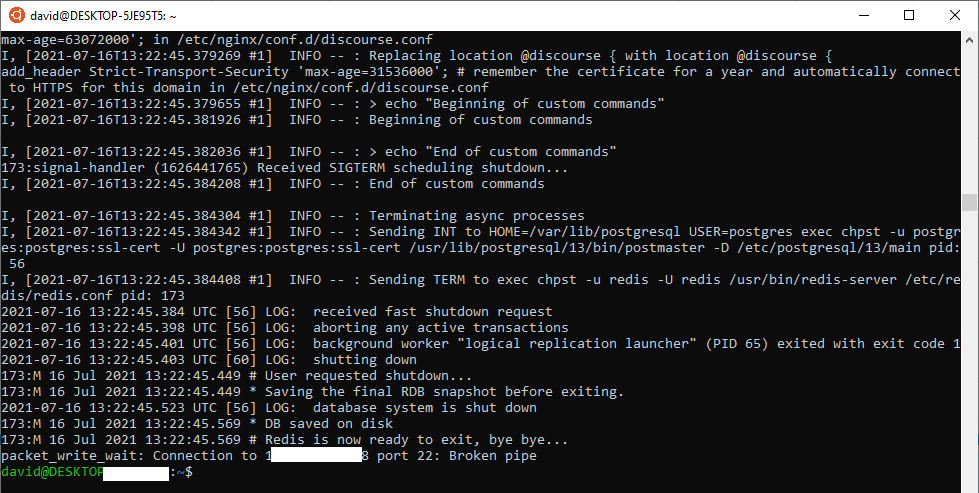 So it seems like it doesn’t remove the old container and it isn’t replaced with the new container.

After the rebuild, Discourse is down.
When I manually start the app using

then Discourse is up and running again, but with the old container (as if it hasn’t rebuild anything).
I know it’s the old container because I have disabled all plugins (expect docker manager) before the last successful rebuild. Whenever I enable any of the plugins in app.yml file and rebuild it again, the plugins do not appear in the admin panel of Discourse.

Also, when I run docker ps, it shows when the current container was created:

image746×78 3.82 KB
This was the last rebuild that - for some reason - didn’t go wrong.
But the most recent attempt at rebuilding was actually 5 minutes ago, not 21 hours ago…

I can still upgrade through the GUI though.

Can anybody tell me how to solve this, such that rebuilding doesn’t go wrong in the last step and the old container is actually replaced by a new one?
Thank you very much!

If you have a line in your app.yml under expose that contains port 22, you should remove it.