Let’s try latest, I just tested and it says “it requires no special permissions” so yay

Turns out dependencies were making us ask for permissions we do not need, so our manifest now evicts that bad permissions.

There are some glitches I know about that we will sort out next week.

Regarding @mcwumbly “I want it to load faster”, I hear you loud and clear. I saw this in action when @tgxworld was demoing the issue to me. I am unsure if chrome tabs will ever be able to cache to the degree a leaving a tab open in chrome does.

I will look at splitting up the notifications and grouping next week.

I just did a new release today:

note the change to the app is breaking, it will only work on the absolute latest releases of Discourse. I am deploying stuff internally now.

Overall, I feel the app is in a good enough shape to go in the app store now, our internal APIs are all good and the app is feature complete enough for a v1.

On the android front I would like to get around to notification grouping, so you can expand the group of notifications and click on each, however I don’t feel this feature is blocking.

@sam can you confirm if this is safe to update for Stonehearth?

Yeah, I just deployed Stonehearth and the business tier.

If the target forum contains ads, does the app render them too? If not and this app is released for the general public, that is a potential monetization leak.

The app doesn’t render the site, Chrome does. So if you ads appear in Chrome on Android, the app doesn’t change that. The app simply provides a clean notification system for mobile, with easy direct access to the mobile version of your Discourse instance.

@sam, I would love to test this app. Is it possible?

I’d love to have one on my android. I though to create one

.
Happy to found one. 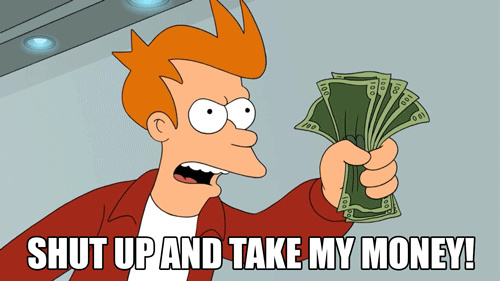 i want to test app, please send me invites.

Sorry, no more betas … going to release this in the next couple of weeks

Great news @sam. Will both app(iOS & Android) release together? Could you please share any estimated release date. Thanks

I am hoping to get this done next week, but who knows, this is my first adventure on the app stores so it may take a bit.

Could you also release this app to the F-Droid store, please?
Thanks.

Please I want to test this app on my oneplus3 and iphone6 , Thanks!

Sorry, beta is closed for now, next release of android will be in the app store

App is now on the Android store! 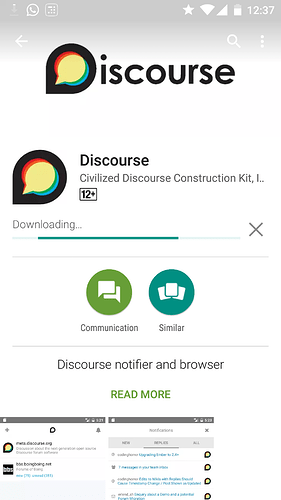