What are some of the hardest moments you had as a moderator?

Being a moderator comes with a great responsibility…and hardships. But being a moderator also has it’s fun times too. After moderating for 1.5~ years, I faced many challenges, some including irrelevant posts, spam, trash talks, and even getting in a heated argument with another moderator! I want to hear some of the other moderator’s hardships they faced. What happened? And how did you handle it? Post below!

I’ve had a couple of pretty awful situations that turned into online harassment (one of the reasons that I go by my surname, rather than my much more feminine first name). I’ve also lost fellow moderators to suicide, which is incredibly sad.

It’s not directly related to Discourse moderation, but this is something that’s been coming up a lot lately in the context of Facebook’s employees — being subject to a constant stream of questionable/aggressive/harmful content is not good for your health.

I hope no one using Discourse has it as bad as a Facebook moderator, but make sure you’re taking care of yourselves!

More on topic — I’ve been lightly doxxed (had my home address posted) in the past when someone didn’t like what I was saying online. Nothing came of it, but it’s not pleasant (and I use my full name a lot less often online than I used to).

awful situations that turned into online harassment (one of the reasons that I go by my surname, rather than my much more feminine first name). I’ve also lost fellow moderators to suicide, which is incredibly sad.

That’s awful. I’m really sorry about what happened in your situation. I never knew moderation gets that bad.

Yes, I agree. It’s basically sacrificing your mental health to protect others. That’s why most users don’t see the bad content because moderators take care of them before they can notice. It’s pretty stressful but worth it. I also found a different post from The Verge about how you can make moderation less stressful. 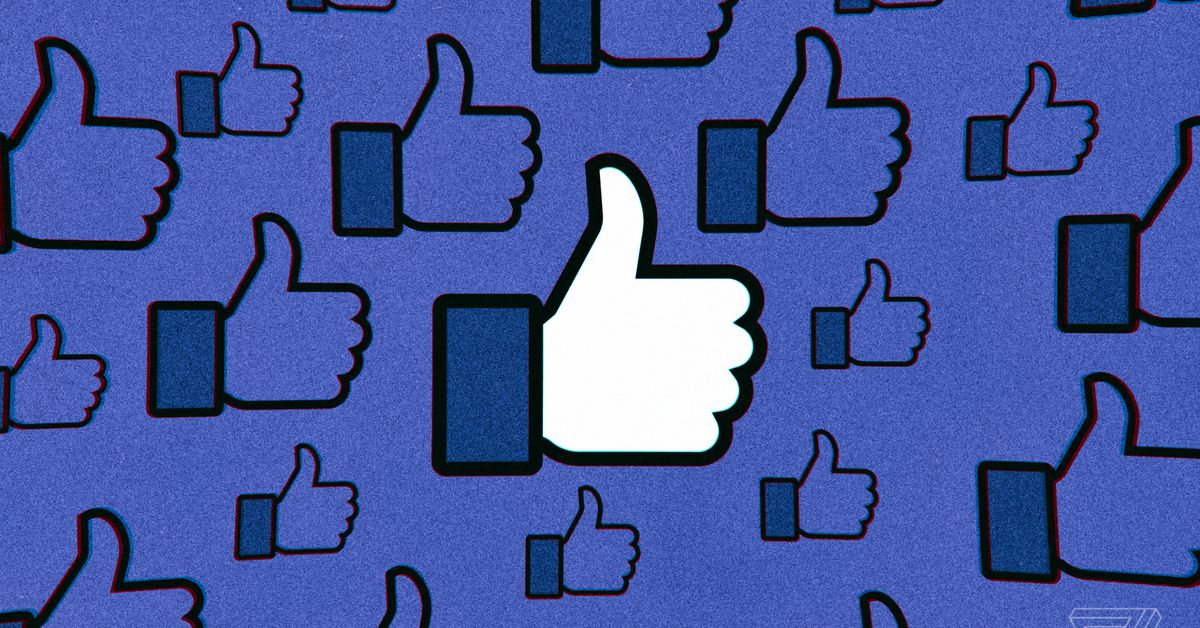 Experts say there are ways to minimize the risk, but it’ll take change at different levels

such as making the image window smaller, taking notes to minimize the need to go back and forth repeatedly over footage, and having “distraction files” of cute puppies to look at — many are only in the power of managers to implement.

I’ve been lightly doxxed (had my home address posted) in the past when someone didn’t like what I was saying online. Nothing came of it, but it’s not pleasant (and I use my full name a lot

Yeah, some users just like to humiliate or hurt you because they don’t like you. But why would they want to hurt an awesome person like you @awesomerobot?

But since I’ve only modded for 1.5~ years, I still have lots to learn from other moderators who modded longer than me, and special thanks for the team for giving me tips for moderation!

Types of users that are hard to deal with:

These are valuable (if painful!) experiences.

The thing to think about is whether proper Discourse tooling is in place to make it easy (ish) to deal with these scenarios. And if not, how can we improve the tooling?

On the admin dashboard for moderators activity it would be nice to show days visited in the reference window, even better would be to disable mod powers for mod account on a schedule to force them to take time off. I’m sure it’s a similar story but mods will work themselves into the ground because they care, when they’re having a hard time they’re often not aware of it at the time because they were sucked in and too close.

As for the worst of it, a staffer was hospitalised after getting fentanyl posted to him, was inside a tissue paper bag double taped inside a card so it tore open in his face. We use our revenue to purchase otherwise expensive screening tests for end users of drugs and publish the results to the public, that upsets some people and getting at staff is a fairly consistent goal for them.

The best option for moderators is adding some auto “Explicit-Content” image detector. Kinda like Discord’s. It will make our job much less traumatic and doesn’t leave us wanting to barf on our keyboards. Images are the second hardest to deal with(Videos being the first), so something like that will be helpful. I do realize that there’s going to be many problems with this process, but I think it’s a reasonable feature.

Also, something like @DNSTARS’s, if a moderator has been moderating for over ~2 hours or so, it should popup and show an alert saying something like:

Hello @user, you've been busy moderating for over 2 hours in a row! Take a quick break by walking outside, reading a book, or just relaxing!

One of the things I want to congratulate the discourse team is the word filter. It’s fantastic how easy to use it is! It lets prevents users from being hurt when the moderators are not online since the most common uses for those “bad-users” is to hurt someone using explicit language. The word filter just blocks it before they can post!

The best option for moderators is adding some auto “Explicit-Content” image detector. Kinda like Discord’s. It will make our job much less traumatic and doesn’t leave us wanting to barf on our keyboards

That’s rather … difficult. I suggest turning down the number of images a new user can post to zero, instead. Look for newuser max images

That’s rather … difficult. I suggest turning down the number of images a new user can post to zero, instead. Look for newuser max images

Ah, thanks. I totally forgot that. I kinda posted that knowing it’s practically impossible.

Hello @user, you’ve been busy moderating for over 2 hours in a row! Take a quick break by walking outside, reading a book, or just relaxing!

Quick Update: I’m currently working on a new theme component for this.

Might take some time, but it’s going to help.

Most of my trolls are the same users, coming back with new usernames/emails after getting kicked out.

It would be great if Discourse would notify me when someone signs up and its highly likely that they are a previously banned user (based on IP, cookies, browser fingerprint?). Perhaps shadowbanning them automatically, so they can post but their posts aren’t seen. Perhaps integrating some sort of account verification via SMS, making it harder to create multiple accounts?

When you click delete(Since the troll is a new user), it should give you an option to block IP and email, or just plain delete. If you want to manually blacklist an IP address, go to admin->logs->blocked IPs.

What is Carrier Grade NAT (CGN/CGNAT)? | A10 Networks

It would be great if Discourse would notify me when someone signs up and its highly likely that they are a previously banned user (based on IP, cookies, browser fingerprint?)

Discourse Fingerprint comes as a tool to community managers in their combat with internet trolls.

It works by computing a unique identifier (a fingerprint) of each registered user, by taking into consideration over 20 browser characteristics such as user agent, screen resolution, timezone, device memory, etc. When each of these browser characteristics are considered separately, they are not enough to assess whether two users are the same. There is a …

You should also keep an eye on the Suspect Users list.

I’ve tested the fingerprint plugin extensively, but there is just too much noise and not much signal in the output it gives at the moment.

As I believe has been acknowledged elsewhere it’s getting progressively harder to fingerprint clients.

It’s inconvenient for us, but for users it’s a very good thing.

And if not, how can we improve the tooling?

My user base is a bit… older. Quite a few have forgotten their passwords and rather than reset their passwords, they’ve created new accounts. Notifying the mods that a new account has been created from the same ip as an existing account would be helpful in my case.

Thanks for starting this topic. Personally, I still find it difficult to cope with blatant negativity sometimes overwhelming people. Probably all of us are having their times through stress or otherwise induced – maybe some do have that more often ;]. This really does have a profound impact on my mental balance to get into the flow state I do actually need to fulfill my work properly – how cheesy this might ever sound.

If I knew before, I might have come to the conclusion that I might just be lacking the appropriate tools (as in language) for actively working against this or at least to be able to make some point.

Sometimes things are coming towards us when being ready for it, so I found @Stephen’s reaction over at https://meta.discourse.org/t/things-i-dislike/121293/2 really really excellent. Money quote:

Please forgive me my negativity, but I have to say what I think…

I think you could do with spending some time learning to give feedback. There are lots of ways you could have approached the above, and ‘I don’t like it’ is the least helpful. It won’t get you the result you want, nor will it typically help you understand any of the decisions which led to the points you’re rallying against. That’s a lose-lose situation.

Apologies for citing without context, please recognize my aim is not to do any fingerpointing here (please adjust my perception if required). However, I believe this is argument is well suited to stand on its own and can be replicated into different contexts out of the box. Thanks for that, @Stephen!

Disclaimer: Some cartoons are gross oversimplifications, outdated, or a combination of both.
– xkcd - RationalWiki

When I first became a moderator for another forum, I had one member who was constantly PM’ing me complaining that another moderator was constantly moving her posts to another category (and delete the topic she had just created for it (because it really should have been in an existing topic)), and complained she was being “singled out.” And the mod in question was PM’ing me complaining about the user and how she was getting “pissed off” because of the user. A few times posts were made that were public. I so much did not want to get into the middle of this … let’s call it a “cat fight”… and tried my best to appease both sides. Eventually I must have made my point to both sides and the “disagreement” between the two faded away.

That was my first “experience” at moderating… less than a week after I started.