Automated backups not being triggered because cannot allocate memory

Manual backups (local and to S3) work great, but automated backups don’t seem to work. Any ideas why? 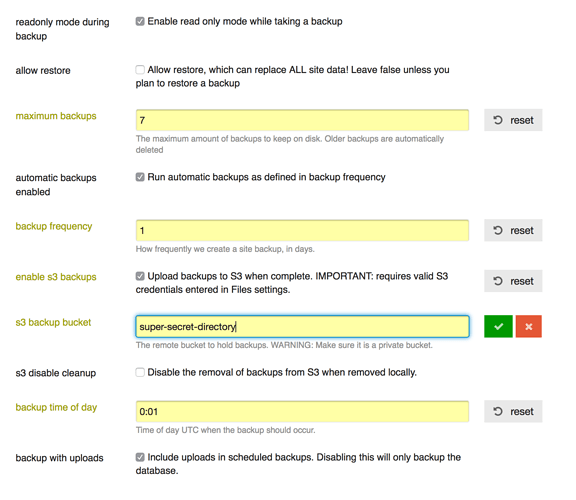 If you are constantly swapping 1GB, you need more memory on this server.

you probably are big enough that more memory is needed…1GB is enough.

If it’s a RAM issue, why do manual backups work then?

If it’s a RAM issue, why do manual backups work then?

I’m not entirely sure but that error is due to insufficient memory available.

I upgraded from 1 GB to 2 GB box and backups seem to be working now.

If anyone else has this problem, I’d try a reboot first because the Ubuntu box had also recently had kernel upgrades, so maybe that was the issue.

If you run discourse-setup it will tweak the memory settings to take advantage of the additional memory.

If you run discourse-setup it will tweak the memory settings

Interesting - I didn’t realise that running discourse-setup could be done on an install which was already up and running.

Hmm. Running the setup again sounds dangerous to my existing app.yml. Any idea what the tweaks are?

I answered my own question