One user on my Discourse forum is complaining about various interface bugs (buttons not being at the correct place, for instance). She uses Firefox 45 on an old computer and she says that she cannot upgrade Firefox because the computer is too old.

I am aware that Firefox 45 is 4 years old and that Discourse has a strict “only latest versions of the major browsers are supported” policy, but still I wonder if this is an expected behavior or if Discourse and Firefox 45 should still work fine together.

In our community we will definitely have some users with old phones/computers (elderly people, poor people or people simply not interested in changing their phones every year). If 4 years is already considered to be too old by Discourse developers, then we will probably be forced to abandon Discourse and go back to emails — which is my worst nightmare at the moment, to be honest.

I am aware of the HTML-only version of Discourse when Javascript is disabled, but this is not a solution in my case, as these users need to be able to use at least basic Discourse functionalities — post, reply, like, vote in polls, etc.

she says that she cannot upgrade Firefox because the computer is too old.

Has she specified why she can’t upgrade firefox? A quick search makes me think that she may have run into a requirement for sse2 (introduced in firefox 49)

If this is the case, she’s using a pre-Pentium 4 processor. Eek.

Thank you for your answer.

I am asking her for more details. (Pre-Pentium 4?! If you are right, then her computer is indeed very old…)

Mailing-list mode is indeed activated on our Discourse instance, but it would be great if she did not have to use it, as she hates mailing-lists (legitimately, if you ask me).

She says that it is a 12 years old Mac OS X (version 10.7.5, CPU 2,5 GHz Intel core i5). Some software upgrades are “unsupported” (in her own words), in particular browser upgrades, and she does not want to pay for an OS upgrade.

All mac hardware gets free OS upgrades for 7 years and then security fixes for a period after that.

Therefore I suspect she will be able to upgrade to a more recent OS if not the latest Big Sur and that will support the latest version of Firefox? may support a later version (see below).

If she has a genuine Apple computer I see no reason why she’d have to pay anything?

I am no Mac expert, but if the computer is 12 years old and if upgrades are free only during the first 7 years, then how could she upgrade for free?

There are several releases after that which would still support her aging computer.

If you start the

12 years ago, support for major version upgrades would run out 5 years ago.

I suspect her mac didn’t lose support for upgrades until either Yosemite or El Capitan.

Upgrading to one of those newer OS versions might facilitate a much new browser version.

Okay, so it seems I misunderstood something, or maybe the “12 years old” was wrong, but I just phoned her and asked her to try to do an OS upgrade and she tried and it is not possible. So it seems she already exhausted her free OS upgrades. And so she is stuck with Firefox 45.

I think she will need a more modern computer then. If new macs are out of the question, I would suggest refurbished or second hand.

Bear in mind it is not safe to use the internet on unsupported software and hardware.

I’ll tell her that.

Bear in mind it is not safe to use the internet on unsupported software and hardware.

I think this is the most important bit in this conversation. I know folks can’t afford to upgrade or don’t want to, but if you in any way can, it’s important to do so.

While not 100% the culprit, having a near 12 year old computer definitely does not help usability. JavaScript rendering performance alone will make using Discourse a much poorer experience.

That being said, Firefox 45 is nowhere near being a supported release from Firefox’s standards, so it doesn’t make sense for us to go back that far either. 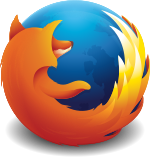 October 2020 Firefox was created by Dave Hyatt and Blake Ross as an experimental branch of the Mozilla browser, first released as Firefox 1.0 on November 9, 2004. Starting with version 5.0, a rapid release cycle was put into effect, resulting in a new major version release every six weeks. This was gradually accelerated further in late 2019, so that new major releases occur on four-week cycles starting in 2020. Firefox 82 is the latest version, which was released on October 20, 2020. In April...