Custom emoji uploaded on a subfolder install point to wrong location, without the subfolder prefix.

The patch above fix it, but I don’t know if they break non-subfolders installs.

Possible this is a bug with subfolders, @neil can you have a look?

Even with your fixes, the emoji upload is broken with subfolders. I’ll spend more time on it.

On a kinda related thing about custom emoji:

Installed discourse on my company

Colleague asks where emoji is on the emoji dialog

After searching a bit I say: in the hankey section

I know I can change it, but maybe use another default?

I like it, maybe put a message before first upload saying this, and we have a deal

you know we accept PRs for this kind of stuff

OK, will do this.

Just after The Internacional

OK, I normalized what we have with Slack: 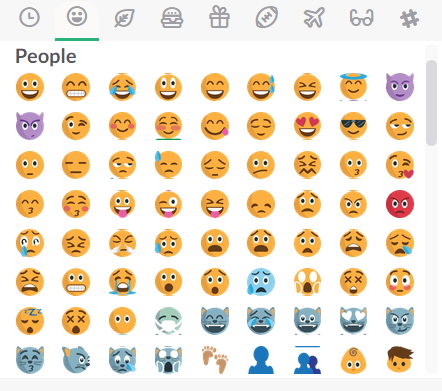 I also added a tabicon field to the data structure so we can specify which emoji (by name) should be on the tab.

And I added a fullname which could be used as the tooltip or complete name displayed for the category.

important side effect (which was kinda the point of this, not just to mimic Slack’s categories although they are clearly a bit better) the custom tab finally has only truly custom Emoji… 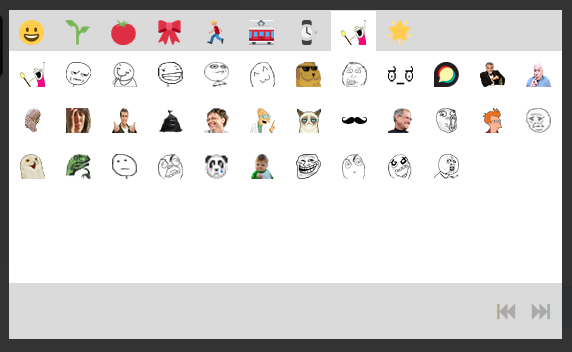 … not the confusing, weird mish-mash of “not categorized” official unicode Emoji and custom it had before. That was a bug in my opinion.

Ok, @techapj did the last part of this – we can select which emoji is on each tab, and there is a proper category name + tooltip.

FYI I added this fix for uploading emoji’s on a subfolder install.

Just found it here. Good to know that my patch was useful