The ability to display topic thumbnails for topics has been a long requested feature. Historically to display such images a plugin was required. In beta5 we’ve added support for theme modifiers, including topic thumbnails, svg icons, and topic excerpts. Theme developers can take advantage of these new options when developing or updating there theme. For more details on Theme Modifiers, see: Theme modifiers: A brief introduction. 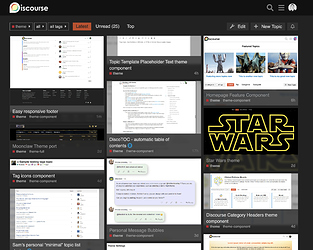 Discourse now supports the new App Shortcut Menu, which is a upcoming browser feature regarding installed PWAs. App Shortcuts are currently supported on Android and Windows. 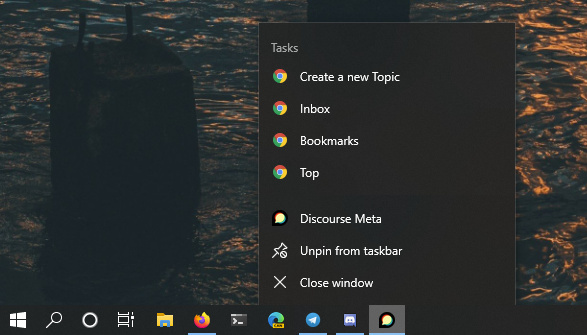 Last year (Discourse 2.3.0.beta7) we released the Review Queue, a single view for all reviewable items like flags, users, posts, and topics. Existing webhooks, including flag and queued post remained, but were duplicated by the reviewable webhook. We’ve now removed the older webhooks in favor of the single reviewable webhook.

To make adding avatar flair even easier, we’ve replaced the image URL field with options to select a font awesome icon, or upload an image directly.

Users currently receive a notification when their application to join a private group is accepted. We now instead send a PM, so users who do not access the site will also receive an email. Default PM text is:

Your request to enter @group_name has been accepted and you are now a member.

As with all text is Discourse this can be customized by site admins as needed.

Our base image has been updated to support PostgreSQL 12. PostgreSQL 12 brings lots of improvements that will be automatically leveraged by Discourse. To upgrade your site to PostgreSQL 12, two consecutive rebuilds will be needed. For more details, including information on disk space required, upgrading two container installs, and manual upgrades, see PostgreSQL 12 update.

Internet Explorer 11 support will be ending shortly. We plan to release Discourse 2.5 later this month, allowing sites with users still stuck on IE11 a full release to transition. Discourse 2.6.beta1 and future releases will not support IE11.

This beta includes 4 security fixes for issues reported by our community and HackerOne.

33 Likes
How to implement “noindex” header to tag pages?