Boy, I’m finding them this week, aren’t I?

The review queue on our site has been blocked by a massive render of an embedded youtube video. Currently viewing on a Chromebook, fully updated Chrome. Confirmed on Windows 10, Chrome. Also confirmed on Firefox, Windows.

Screenshot of the post itself (currently still hidden because I can’t clear the flag): 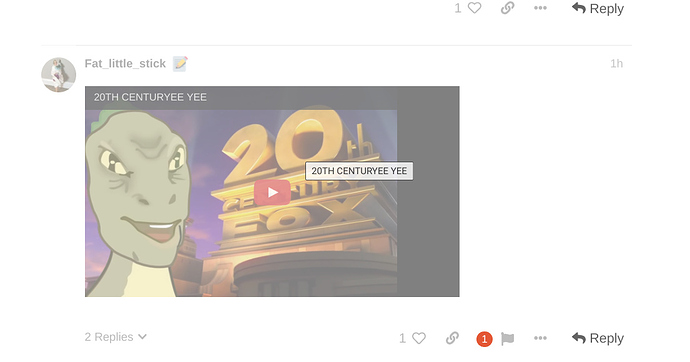 Here’s a screenshot of what I’m seeing in the queue (across at least two themes, this one was taken in the default.) 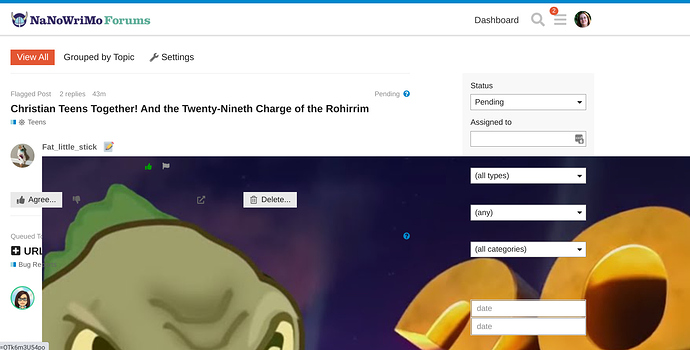 This is covering at least one other post in the abuse queue because of the display problem. It looks like a post waiting on approval, but I can deal with neither post because of the grossly mis-rendered youtube screenshot. I’m going to see if I can get to the other post to approve it but will leave the problematic flag in place for your review.

Edit: Yeah, I was able to clear the other post through. Not sure if this is related or a separate issue, but after approving the queued post, the notification count cleared and a refresh showed nothing. The problematic post returned after a couple of minutes. Odd behavior but no big deal in the long run.

Yep, can confirm I had this one. (Then no longer because my oneboxes stopped working specifically for YouTube) But this happened on latest and what was considered latest 3/4 days ago.

Something similar also happens when checking the Edit History : 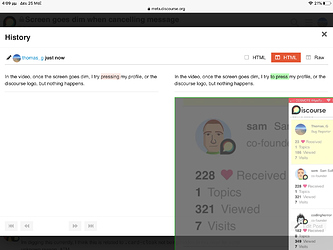 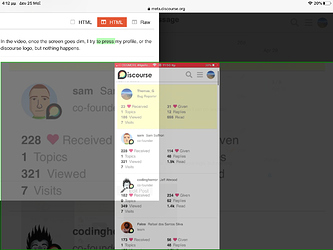 This is trivially fixable with css, either locally via f12 or via admin, customize.

This css in discourse/lazyYT.css at master · discourse/discourse · GitHub appears to be the culprit.

The onebox div that would restrict the dimensions is missing the lazyYT-container class on the review queue and edit history screens changing the meaning of 100% for those instances.

This clause is being stripped from the lazyYT-container in the review queue:

EDIT: PR submitted with the fix that @ClawdiaWolf pointed out.

Could be related issue, but I noticed after upgrading to 2.5.0.beta4 that embedded YouTube videos in posts no longer have a lazyYT container that I can target to make my videos responsive.

I had been using the following CSS:

If this issue is related, please let me know.

Could be related issue, but I noticed after upgrading to 2.5.0.beta4 that embedded YouTube videos in posts no longer have a lazyYT container that I can target to make my videos responsive.

Yes, we’re aware of this issue and will get it resolved ASAP. You can track progress here:

On latest tests-passed branch, topics with a bare YouTube playlist URL are OneBoxing correctly, but no thumbnail is produced. An example: https://www.youtube.com/playlist?list=PLJtitKU0CAeiFIQUX81qqt4laVWfa-Gtz A related question, is it possible to rebake only posts that have no thumbail? i.e. a version of rake posts:rebake that includes a query?