How do I extend a built-in nested route in Ember?

Mainly a question for @eviltrout

I am trying to extend some of the internal routes for the solved plugin.

I tried adding assets/javascripts/discourse/solved-route-map.js with:

Trouble is that it blows away the existing routes and pretty much breaks everything, I also tries with resource using the other mechanism but it does not play nice with nested routes.

Any idea how I would go about doing this?

This is not super well documented, but the route maps are actually designed just for this purpose!

You should be able to do this:

The resource key in the object tells my custom route map code to attach the routes inside that resource.

Yeah, I tried that but it fails to map right cause it is nested 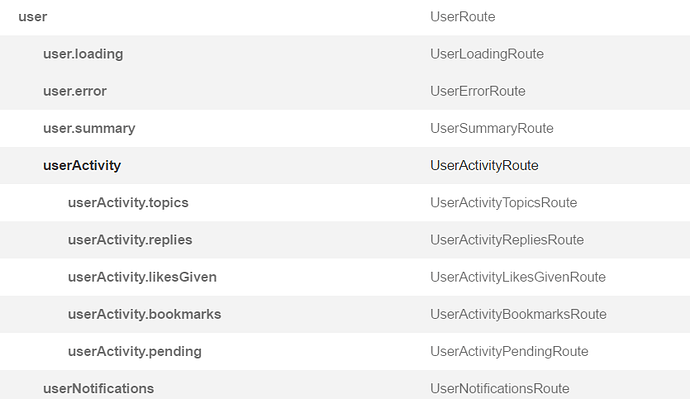 Okay, I got this working although it meant a 100% rewrite of how my route map worked!

Using what I suggested above (with a small change) will now work: