Is there a plugin or option for users to mark "helpful" posts?

Just wondering if anyone knows of a plugin (or an option) that could be used to mark a post as “helpful” or an “accepted solution” - similar to what is done on http://community.wd.com/ - This would be very good for communities that are support driven as users could mark which posts actually were resolving their issue ((this is especially helpful when looking “inside” a thread because you can quickly identify which post resolved the issue for the op)) 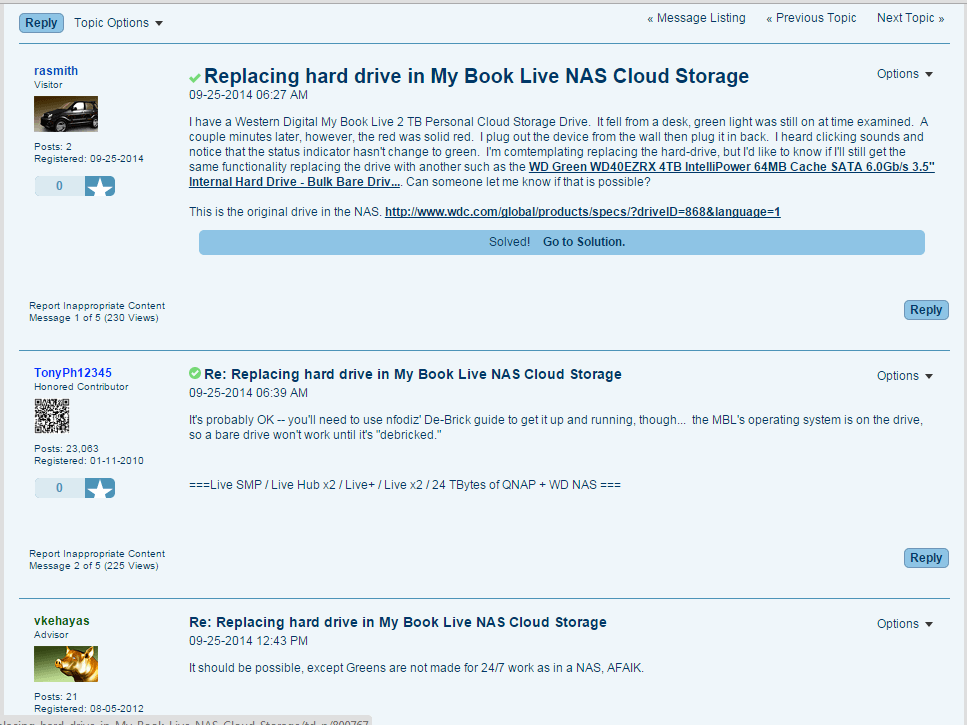 This is one of the uses of the Like button.

Not really… Likes seem to be more like “Kudos” (the star thing next to
their name) on that site rather than “Accepted Solutions” - if you notice
in the screenshot they have both - the reason is because you can “like” a
response without it being the solution to the issue (for example someone
was helpful, but they didn’t resolve the issue) and ONLY the original
poster or a moderator can mark a post as the solution to the thread. It
sounds cumbersome, but it seems to really work well - i’ve seen it on a
number of support-focused boards it makes finding an answer in a long
thread really easy.

Check out this plugin.

That just might do it. Thank you so much. If there was an “Accepted
Solution” button here, I could use it to mark your post as the answer

Has anyone actually used this plugin before? I got it installed and like so many others it seems to have no effect…

We have this installed on our staging instance and it is working in 1.2.0.beta3. It currently highlights the button and makes the “solved post” have a green background.

Other than updating the .yml was there anything else you needed to do for installation?

I’m unsure. I only know that it continues to work on our staging environment… I’m actually not very technical myself, especially with Ruby apps. Hopefully someone else here can help you out.

Did you make sure to rebuild the container?

Several times, but i’ll give it another go tomorrow - maybe I missed something stupid somewhere.

Did an upgrade to today’s version, ./launcher rebuild app and nada…

It shows up under admin/upgrade… there is just no change on the UI.

Any errors in JS console?

Nothing is jumping out at me… I spoke to the author of the plugin and he said it’s been a while since he updated it. I’m guessing something broke compatibility with the install part

I also just tried an earlier fork of the plugin in case his latest update broke it, but same issue.

This topic is now closed. New replies are no longer allowed.

SEE: Customers often ask us for a “solved button” feature. This has been discussed a few times on meta. #7082 #26070 We are going to embark on building an official “Solved Button” I wanted to make sure it is very well specified prior. Prior Art @shiv built the Solved Button plugin, it performs some of the functionality we would like to see, but not all. Further more it is build on some old interfaces and needs an update. Spec Admins can select a checkbox on categories → settings, “allo…