I’m getting a weird error this morning where all system text is saying “missing english translation”. Really confused since english is supposed to be the fallback translation. I rebuilt the app and it’s still happening. Is there something wrong with the CDN that hosts these assets? Currently running 1.8.0.beta6.

Anyone else seeing these issues? 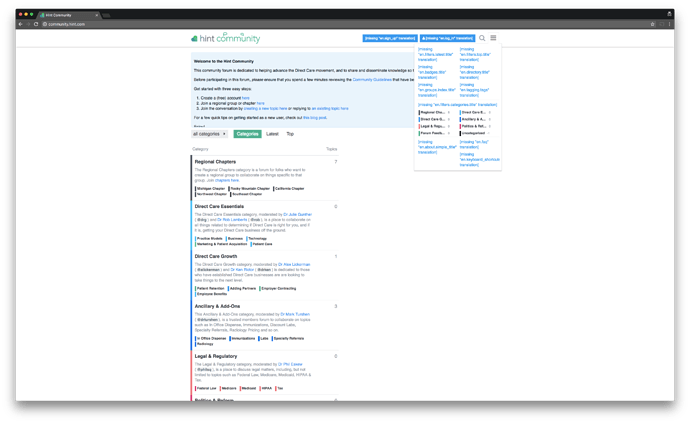 I’m not seeing this. 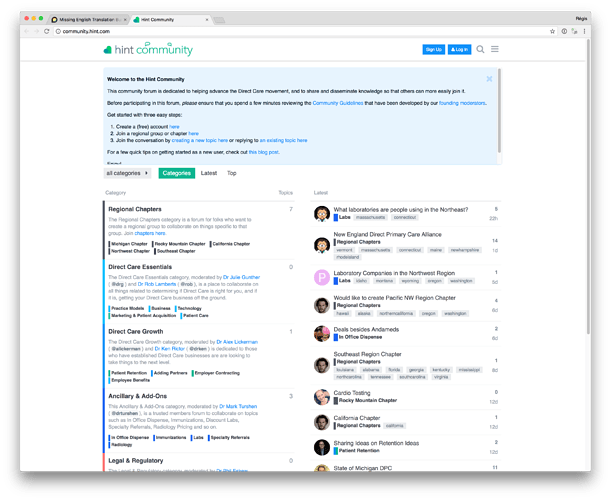 Have you tried clearing your browser’s cache?

Thanks @zogstrip. The problem doesn’t manifest on load. It happens when the first button is clicked on the page.

It happens when the first button is clicked on the page.

I tried navigating and it worked just fine. What button did you click?

Interesting… For me it happens with any button. Nav Hamburger, Login button, Categories button, etc.

Are you using any browser’s extension/plugin? If you do, try disabling them.

All extensions disabled but no change.

This is starting to feel like a JS bug. I’m noticing that the right-hand column disappears after about 30s on the page as well.

Also confirmed on a coworker’s machine that the issue occurs.

Not sure what you’re asking here. I’m in France but all my browsers are configured to ask for English content.

Both @codinghorror (US) and @eviltrout (Canada) were able to load your site just fine.

Do you have either of these site settings set? 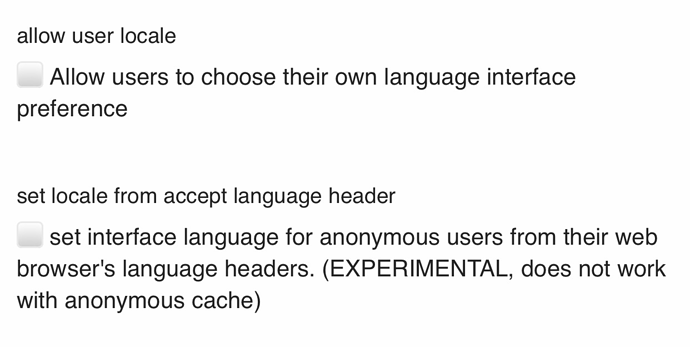 Not sure what you’re asking here.

Just trying to see if I can isolate the issue. Everyone on my team who’s reporting the error is here in San Francisco.

@codinghorror No. Should I turn them on?

I just clobbered the assets and recompiled, but so far no change. The issue seems to be isolated to a certain kind of system text: 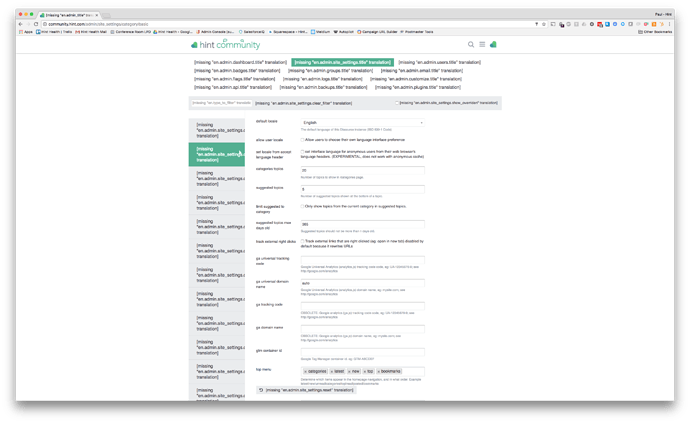 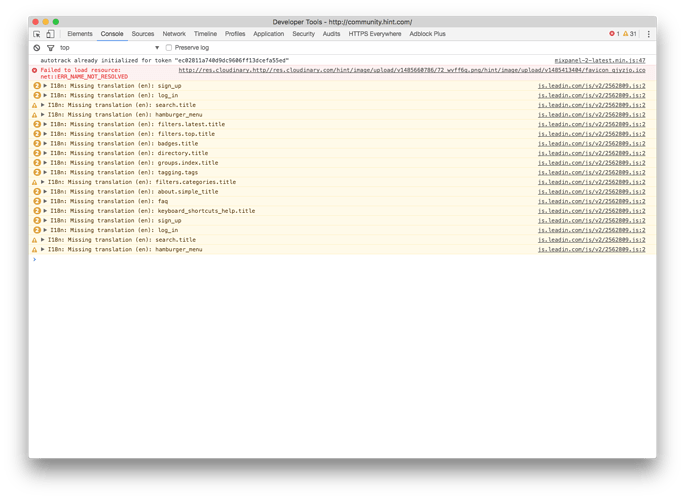 Why all this erros come from js.leadin.com if the forum is at community.hint.com?

Not sure @Falco. I have it running on a DO droplet. Deployed the standard docker image.

No change after adding these settings in application.rb: 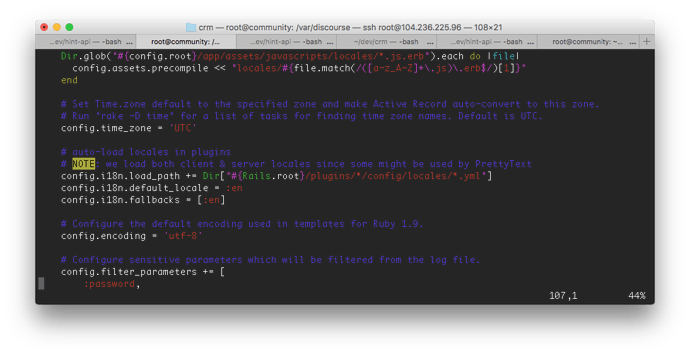 Was also able to repro on an iPhone: 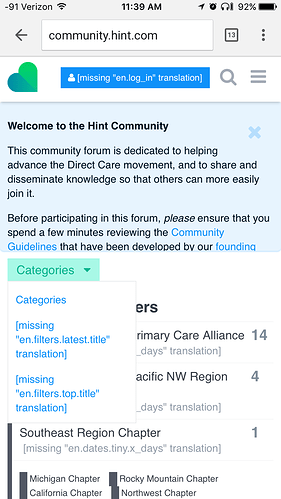 Wait is this a non-Docker based install? There’s something very odd going on with your site.

There’s something very odd going on with your site.

To say the least.

How did this happen?

@codinghorror @zogstrip @Mittineague et al - I located the source of the bug!

It’s being caused by the HubSpot tracking tag. Specifically, by their new ‘Lead Flows’ feature which allows you to present fly-in modals with attached forms (for blog subscribes etc.) Despite the fact that the feature is only supposed to be active on our blog page, it appears the update to the JS tracker is hijacking all i18n translations to run through its domain. Leadin.com is the domain used to host assets for this new feature, which is why my discourse issue was looking to that domain for all translation files. Super weird bug, but at least it’s fixed by disabling the HubSpot tag on our forum for now. Lost quite a few brain cells over this one.

Thanks for your help!