I’m starting a language learning community and I would like other users to be able to assist each other through spelling and grammar corrections similar to what was found on a now defunct platform called lang-8: https://youtu.be/ykTbEPSjT5A

I’ve seen a few apps have this feature where users can post. And then another user can correct the OP’s post by using red to indicate incorrect spelling/grammar and blue to indicate suggestions to sound more like a native.

I’m limited in my coding knowledge, so is there anywhere that I can hire someone to create this plugin for my community? Or if there are enough people interested, is there anyone here who would be willing to develop this for Discourse in general?

I’ve moved this to the #marketplace section.

Why does the markup need to be inline? Why couldn’t you do this in a simpler manner by quoting the sections and indicating suggestions in a reply? For example:

I’ve seen a few apps have this feature where users can post. And then another user can correct the OP’s pos

The above might be better as one continuous sentence:

I’ve seen a few apps have this feature where users can post, and then another user can correct the OP’s post …

Thanks for moving it!

I actually do want something similar to what you mentioned. I don’t mean that I want them to edit a users post, but rather they can respond to it by quoting them and using dedicated buttons for strikethrough, blue text, and red text to indicate what changes they made to the quoted text.

I wouldn’t want it to look exactly like this, since lang-8 is a website where you post journal entries and correct them. But I would want it to be fairly similar with the ability to quickly modify the text when quoting it to indicate corrections. 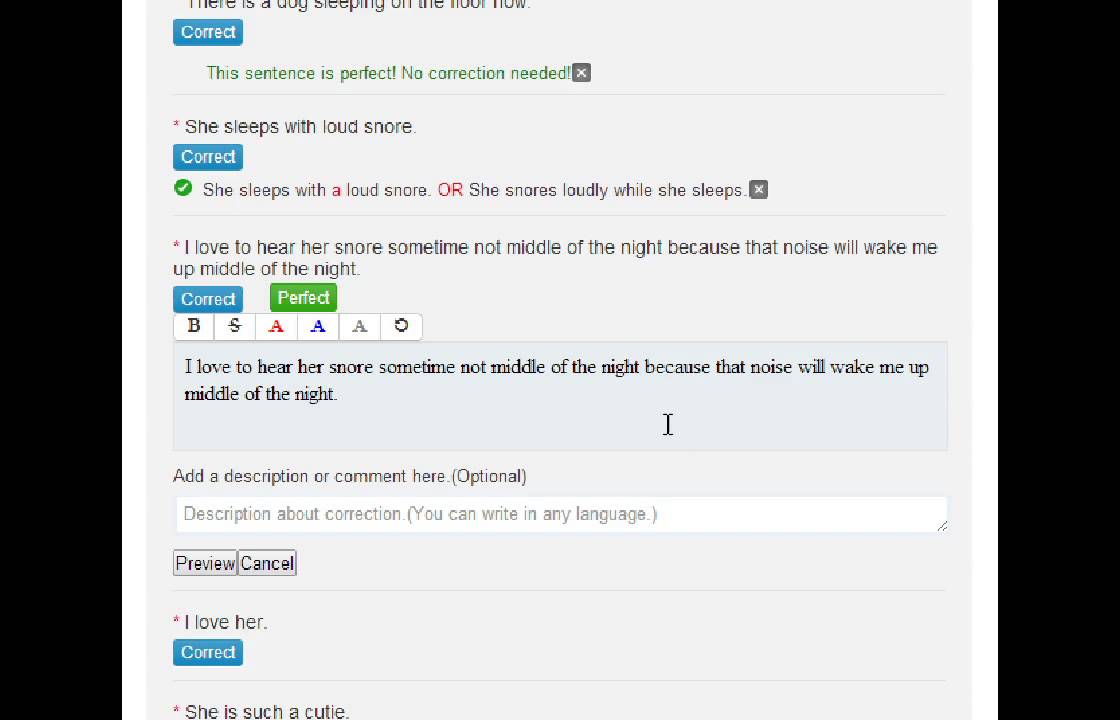 Right, you can use ins and to indicate additions and removals:

Oh thanks! Yeah, I guess that covers the basic features. How would I go about creating additional markup code for suggestions (by highlighting in blue) rather than corrections (highlighting in green)?

I believe that you could make all of this changes in a theme component. Search for "theme #howto " and /or add a budget to your first post if you have one.