I love the spoiler tags features, but I was wondering if it could be simplified by putting words between two bars ||like this|| instead of [quote]some big fat HTML tags[/spoiler].

No such change is planned at the current time.

Oh, got it ~ It may be a nice feature tho, as a Discord user I spoil-tag messages this way (between bars |)

Any idea of how could I be implementing this myself by any chance? :UwU:

Unless it is a Commonmark standard, unlikely. Non standard markup isn’t a good idea.

I guess reddit was using the same mark system for spoilers, but I couldn’t tell if it’s a “Common mark standard” (I’m very new to this all)

Who will arbitrate between the competing schemes?

I don’t know for sure but perhaps your proposal is on the losing side, i.e.

r/alttpr - TIL: Reddit now has an official spoiler tag 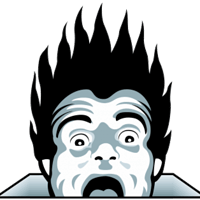 @jgm just to put some perspective on this, I’ve been surprised how often spoilers come up in typical internet posts. It may not be big in the Pandoc audience, but I assure you, for more non-techie conversational topics, spoilers come up wayyy more...

Thank you for this owo

This topic was automatically closed 4 days after the last reply. New replies are no longer allowed.