Unfortunately I had to pull the plug

I would be very interested to have a separate conversation about this, because I noticed the exact same thing. I have two websites, one Discourse and one WordPress. The RPM of my Discourse is also only 30% of what I see on WordPress. I’m not saying this is Discourse’s fault, but I’d like to look a little deeper into this with other Discourse admins, figure out which factors contribute to this, and see if we can find ways to improve that.

Perhaps @neil can ping you about this? We are looking for sites to go in depth on this so we understand it.

I would be very interested to have a separate conversation about this, because I noticed the exact same thing

I’ve recently sold the site, so I can’t help much anymore. But I think it’s the combination of infinite scroll and the limited number of ad spots in the ad plugins.

With Vbulletin I knew all code pretty much by heart (as I know the infamous PHP/MySQL combination well). Discourse, being Ruby and Ember, appeared to be a too steep learning curve to get it right myself. I hope for OP (and others) that the team finds ways to increase revenue for everyone…

The sidebar on the … side… helps with this navigation even more, as it’s so easy to search for the post i desire.

Or would this not be possible? 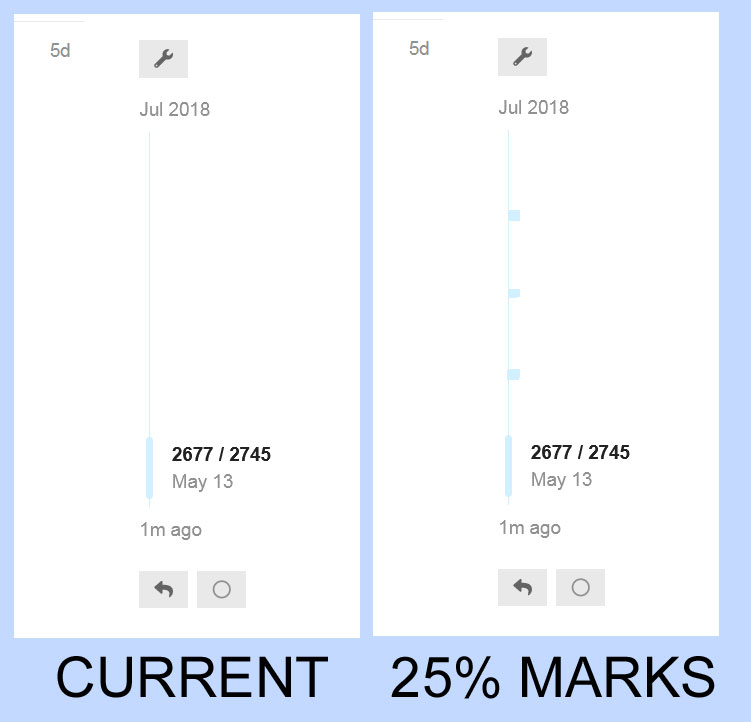 I’m sure you could do something with CSS if you really wanted to add it to your site. I don’t think it would make a lot of sense for the majority of communities, because the percentage along the bar doesn’t necessarily translate to anything.

I think we can do better than that if we’re going to start adding things to the timeline across all of Discourse.

Not a bad idea, to be clear, just a low bar if we’re going to be doing timeline improvements.

I migrated from SMF to Discourse, I did had an ad revenue decline (and visits). But currently, after almost a year I’d say I’ve recovered all my revenue, my community is more active, specially for the improved performance on mobile.

I did the migration between February and March 2018, when the steep decline shows. From there, you can see an upward trend that hasn’t stopped.

The hardest part was the reindexing of all the topics back into Google.

I can understand why would you want that? The (is it called timeline? i remember there was a “nomenclature” post somewhere, but i lost it

) timeline is very easily usable right now. nothing is loaded as long as you keep it clicked (no needless resource usage), you have the back button easily reachable You have the date (in case someone says “March 1989”) Everything feels really nice and “at its place”. Adding the 25% markers would bring unnecessary noise.

Btw, @ staff, why did the “Back” button disappear at the end?

I don’t, apologies for not making that clearer, I was just wondering if 3 markings on the bar would be an easy way to make it feel more navigable for some people. It’s not a personal request though.

I don’t, apologies for not making that clearer

Nah, it’s my fault here, shouldn’t have said that YOU want it, i was talking generally, just that i used the bad addressing.

The bigger problem is that if they were percentage based, the posts they took you to would constantly change. But they look like static references.

Thanks for sharing your stats!

With the support and input of @Merlls_Rizzini I have created this plugin which addresses some of this feedback, so now you have options and can happily adopt Discourse regardless of your views on quoting

We have some larger rolling topics (1500 posts odd) and I get one of the high trust chaps to put a table of contents into it.

That would be a cool plugin. If users could choose to add tags to their posts which would automatically be turned into a contents page at the top.

On the Tomnod forum we decided that topics with many replies be broken down by year… having the topic name preceded with the year. A couple have been broken down into “quarters” or every 3-months. This has made a big difference by not having to scroll forever and a day. In almost all cases, a reference link is inserted by the moderator back to the previous topic (with the same name but an earlier date. The "old"topic also has a link to the newer topic as the last entry, then that topic is closed. In 4 years no one has complained. Of course, a search query will point one to whichever “dated” topic(s) is/are relevant. Just one possibility to think about.

How about considering the following : 1 more click = half a second to think before one writes, so that one has a tiny bit of time to make sure one is bringing value to the post one is reacting to?

Now that is an excellent idea. Well done @Gunnar

Some thoughts on ad revenue decrease: many algorithms (pagerank from google) and advertising systems are solely rooted in a page based paradigm. More clicks means more engagement. That’s simply at the core of their reward model. That’s how you get paid and that’s how they charge : impressions and clicks. When you remove the concept of page views and migrate to engagement, time on site and analytics based interactions you get something new: civil discourse.

Hopefully we will all stop chasing clicks and go towards quality discussion, engagement and a higher sense of community. And a new sustainability paradigm will emerge.

My opinion is that community forums should have a free component and a premium paid component. Community commerce, as an example. That way instead of ad-supported forums, we start building communities funded in part by member to member commerce. I know it’s a lot to ask. But I can dream.

Just when I thought I’d found all the features

Generally speaking it’s interesting to see difficulties from people with existing communities. We’re building ours from scratch so have no such problem. In fact, I’m finding it hard to keep people patient while I configure everything.