When using Discourse as a private repository of sensitive/confidential information, we care about password security. My question is: is enforcing unique characters in passwords a good practice or bad?

The Internet seems to have a consensus that:

I am thinking that forcing unique characters may actually decrease security because:

Any thoughts by security experts on this?

Read the blog entry I wrote about this it covers everything you are asking in excruciating detail.

A link will help here…

Here’s another good one: 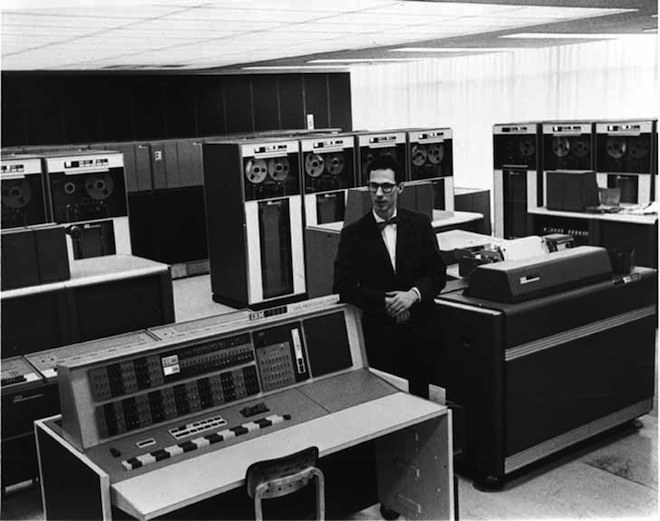 In the beginning, things were simple: you had two strings (a username and a password) and if someone knew both of them, they could log in. Easy. But the ecosystem in which they were used was simple too, for example in MIT's Time-Sharing Computer,...

Yes thank you, and the final part of that 3-part series: Hacker, Hack Thyself

In general, not much advise on how much entropy is good for a password. It is understood that no entropy (i.e. all same letters) is bad (for ASCII). What about entropy of one? Meaning at least two different characters?

Entropy is just an expression of how many guesses it’ll take to brute-force a password. How much you need is dependent on the threat model (online vs offline attack, rate limiting and hashes, and a bunch of other things). Without knowing your threat model, it’s impossible to give a recommendation as to how much entropy is “good enough”.

Also, password entropy is, at best, a fairly hand-wavey measurement. It’s not a mathematical science. In many ways, there’s only two types of passwords: those that are in the attacker’s list of passwords to try, and secure passwords. All possible short strings will be in there, and a whole pile of “known” longer passwords. Everything else is OK to use.

password entropy is, at best, a fairly hand-wavey measurement.

I imagine it would not be that difficult to use recursive levenstein distance from knowns. A constant battle that my tinfoil hat self might think is intentional so everyone will be not only willing but anxious to give their personal visible and audible data over.

In more ways than one, password security reminds me of captchas. ie. the best that can be hoped for is a best guess compromise that’s flexible enough to adapt as needed.

You do know Discourse checks all new user passwords against the 10 million most common repeated passwords, yes? And prevents them from being used? That covers pretty much all the cases you are describing.

The only hole in that strategy was covered in one of the blog posts I linked: native languages differ.

against the 10 million most common repeated passwords,

It says 10,000 most common passwords in the settings. Does this mean it is 10 million repeated passwords extra?

I think it was 10 thousand, we would need a different strategy for a 10 million password block.

It is many many millions, all the common password lists merged together. The reason the list isn’t very big is because of this graph… which was in the above blog posts. 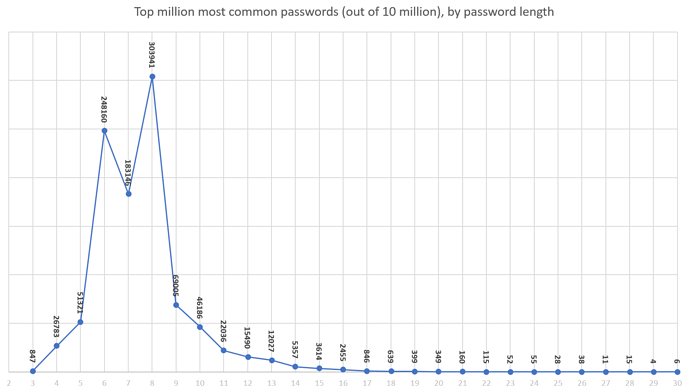 I will leave understanding that, as an exercise for the reader…

Really, read those blog posts closely @schungx. You’re making me repeat myself over and over here for no good reason. All the info you need is there.

Really, read those blog posts closely @schungx. You’re making me repeat myself over and over here for no good reason. All the info you need is there.

Well, that probably means that you have not been very clear about what you claim as 10 million.

What you really mean is:

Sort of, you need to read the blog posts closely. Study them like a textbook. There are years of work behind those posts.

@codinghorror Those 3 (actual lifesaving articles) Made me change passwords almost everywhere including Bank, Social and Email Accounts with Immediate effect! … Thanks a Ton for saving the day.

I hope, someday it will be possible to get rid off all of these ugly passwords.

Maybe due offering client auth certificates and giving the users a privioing profile for mobile devices, if needed.

Not entirely related but…

I use Google Authenticator and it does exactly that.

It’s sort of like one of those bank devices they give you to log in to internet banking.

Still a very limited idea in theory but a great idea nonetheless.

I use Google Authenticator and it does exactly that.

Overall a good compromise with one exception: I don’t like to trust third-parties - especially Google, Facebook, etc - in property security solutions. I don’t like to install extra (black boxed) apps for very limited use cases.