I really like your component thank you again to make it.

It worked super good but now we have some problem

Sometimes we have error while transcoding video (only mp4 files) status.error.transcode. The video is upload correctly but only shown on Vimeo and not place the link in composer.

The other problem is we cannot upload mp4 files from MacOS Safari browser.

Is that possible to solve these problems somehow?

Thank you for your answer!

Hello @dodesz, thanks for catching this edge case on MacOS Safari. It looks like an issue in Safari (a reference on SO), I have fixed this issue in the theme component, so once you update it, then refresh the page, you should be able to upload mp4 from Safari. I just tested on my own machine and it works now.

Regarding transcode errors, that happens on the Vimeo end, no way to do anything on our side.

Thank you for the quick fix! Now it works great on Safari

It seems to the Vimeo upload mechanism changed. When place the link on forum composer. Then on Vimeo they start converting the video. So the video cannot oneboxed and play on the forum because not ready. Thank you for your help!

The other problem is we cannot upload mp4 files from MacOS Safari browser.

Same here, but the issue now seems to affect Mozilla Firefox on all platforms.

There were a few other issues that occurred in Mozilla Firefox, but I will have to check back on those issues to provide further clarification.

So I think the problem is this. On Vimeo there is Waiting for convert section after Upload but before Convert.

On the Component there is a

If I am correct it means after the Upload process it send a request to Vimeo every 10 sec which is while the Waiting process comes back as the video complete. Because Vimeo Api not support Webhooks etc… So we need to send request periodically to find out the Transcoding process still processing or it is done.

I changed this to 60sec for us until comes a better solution this will enough most of the uploads to skip the Waiting process request. I tested with small ~10mb , medium ~500mb and large uploads ~ 2gb.
With small uploads the waiting time is few sec ~4-5sec, medium is ~10-15sec, large is ~40-45sec. I think it is depending how big is the uploaded file.
It seems works but if Waiting to convert process take more time than 60sec it will paste the link same as before. If we can skip this Waiting process it will be good.

@ti0 I don’t know if it’s just me, but I think something is broken. The upload is stuck at Authenticating and the following error is shown in Chrome Console

Some resources are blocked because their origin is not listed in your site’s Content Security Policy (CSP). Your site’s CSP is allowlist-based, so resources must be listed in the allowlist in order to be accessed.

A site’s Content Security Policy is set either as via an HTTP header (recommended), or via a meta HTML tag.

To fix this issue do one of the following:

@linzo this is a CSP issue, it has nothing to do with the theme component. Please read about Discourse CSP here: Mitigate XSS Attacks with Content Security Policy

@Zup, this is an additional feature request - possible of course but it is additional work which will have to be paid if you want it implemented. Let me know if you want that.

So the video cannot oneboxed and play on the forum because not ready.

I tried viewing it in the Theme creator preview and received an Access Denied notice.

We use it on our forum with Vimeo uploads and works really well on every device.

The choosing process is same like Discourse but after you select the video you have to click the upload vimeo or youtube button to start the uploading.

Is your forum public? Could I check it out? Would love to see it in action! What’s the url?

This is working great! A nice feature would be the ability to have the videos upload to a particular folder on vimeo so I could keep the user’s uploads separate from my own. Thanks for this!

If you are willing to contribute for this feature request I can implement it or you can submit a PR, let me know.

Can videos be auto-captioned and the captions displayed by default? That’s really important for us for accessibility.

I’m on this step

Setup the OAuth consent screen for External users (unless all users on your Discourse forum belong to one Google organization).

It’s asking me what scopes to select for OAuth. Out of the 34 available, which ones need to be selected? 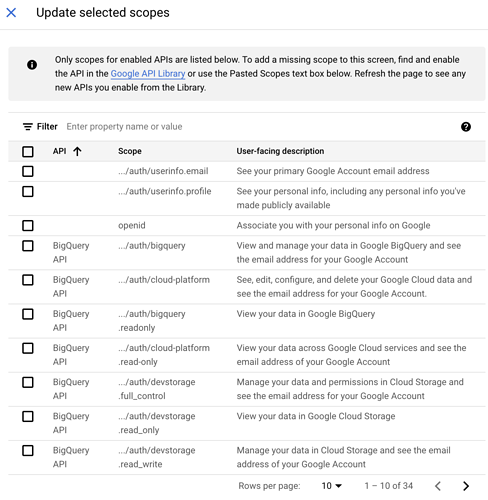 You should only need upload related permissions. These are the only ones required for the plugin, you can add anything you want though better not to unless you really need them. 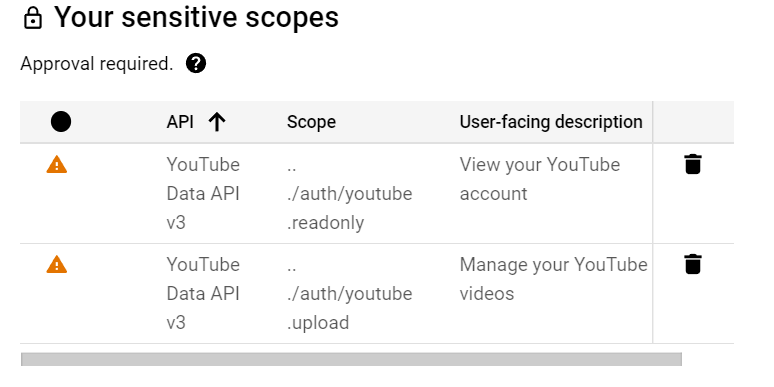 Google is now asking us to do the following

Could we create a template answer that is then added to this documentation?

I’ll try my best with #1 and definitely need help with #2.

This sounds a bit dangerous because you don’t actually need to be able to view their account. The permissions give the app the ability to list their existing videos and add new ones.
I think just mentioning the first line is sufficient, and additionally you can put:

The permissions will give users the ability to upload and embed videos directly within our private instance of the open source forum software called Discourse (htttps://discourse.org). The app uses plugins to enable different functionality, the open source plugin for uploading videos is listed here: Video Upload to YouTube and Vimeo using Theme Component

I think this should be sufficient for #1.
For #2 you can make a quick demo of the upload process or use this one : 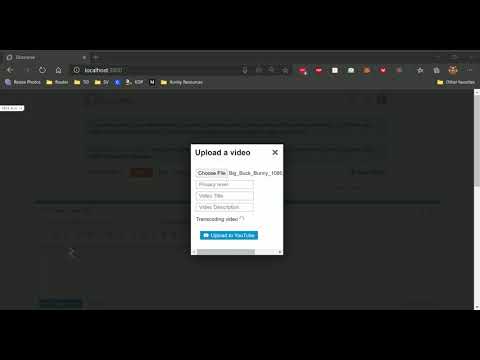 The language and video link you provided worked well, @ti0, thank you!

Here’s the next message I got from the Google Cloud Trust & Safety Team regarding consent.

If your app uses restricted scopes, we’ll check that your privacy policy follows our Limited Use requirements.

You can find more information in the OAuth Application Verification FAQ.