What has your experience been with badges in your communities?

In our community, we have a problem with users collecting badges – as in, contribute in a nonconstructive way for the sole purpose of attaining badges. For instance, they might:

to get the respective badges. Sometimes it’s easy to notice, but other times it’s not and we only find out because someone brags about it off-site.

This is on an invite-only community where we generally try to restrict membership to mature users, so I would think we wouldn’t be the worst hit, but maybe it’s the opposite since we have a small community (maybe 200 active users). Our solution was to disable all badges instead of starting a witch hunt, but I’m curious how other communities handle this. Is this a problem in your own community? How much of a problem is it? How do you deal with it?

6 Likes
Badges Practices and Gamification
Best practice for Discourse badges
My thoughts about ‘reputation’ or ‘karma’
HAWK September 8, 2017, 3:57am #2

I think that people gamifying gamification systems is always going to be a thing, because… people.

I have pretty strong feelings about badges. They’re powerful motivators if they’re for reasonably robust goals but I think that if you have lots of them and they are easy to get then they have little to no worth most of the time. They just end up creating the kind of mess that you’re experiencing, and add little to no value for everyone else. They certainly don’t encourage healthy long term behaviour change.

It’s not actually even about the number of badges. Lots of badges that are very hard to get but signify something important are powerful.

I’d definitely consider disabling badges and redesigning your gamification system to encourage the kinds of behaviour you do want to see.

They’re powerful motivators if they’re for reasonably robust goals but I think that if you have lots of them and they are easy to get then they have little to no worth most of the time.

Adding on to that, if your community has gone off the rails with badges, there’s a middle road between living with it or disabling them altogether. You could disable everything except the badges that are (1) incredibly hard to gamify and (2) undeniably useful “good user” signalling.

If your users are “gaming” these badges, it may not be a bad thing.

If your users are “gaming” these badges, it may not be a bad thing.

Gaming the gamers. Love it.

Hmm, there are really three kind of badges:

In my community I don’t think much attention is paid to badges, because without a clear/regular reminder of what progression gets them, they are nice, but inconsequential.

This is why I made a suggestion for indicating badges progression on the user’s avatar. Whilst it is already clear who the active and useful contributors are in most forums, such a (small) UX indication may encourage engagement from others.

It might also help if the user could be aware of what they need to progress (as Admin I can see it, don’t think a regular user can).

I think this probably depends on the type of community. In tech / gaming / hobbiest communities I totally agree that a tiered badge system like this works.

In professional communities I don’t. I think that if badges are going to be used to motivate in those cases they need to be niche and highly sought after for things that are very specific to that community.

This obviously isn’t possible to scale to larger communities, but for the tiny gaming community I host, I have occasionally custom created badges for users/groups of players who participated in a particular event. It’s been a small helpful motivator to get people to participate more, and serves as a fun reminder for the actual event.

Compared to the badges we hand out for event shenanegans, the system badges suddenly carry a lot less weight in that context. Someone in it just for the ‘easy’ system badges for bragging rights has less to boast about, and comes off as… 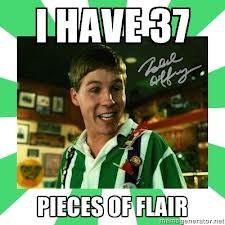 If your argument is that all gold badges should be completely custom and 100% tailored to the community, that’s fine, but someone has to do that work – since you’re defining them as custom, that’s outside the scope of what Discourse itself can offer.

I’d also argue, at quite some length, that long term participation is critical to the survival of any community, regardless of how specialized it may be. So to the extent that the built in silver and gold badges incentivize repeated, long term participation, they do in fact fit all communities in that sense.

That’s cool – I love a good debate as much as the next girl.

I don’t disagree with your individual points, just that they don’t always apply to all communities IMO. But that’s what’s great about Discourse – you can customise it to fit your audience.

I think that badges are one form of education mechanism, but the downside can be that their proliferation can devalue the other badges. The bronze-sliver-gold tiers make sense to you but I’m not sure that they are wholly intuitive for everyone. Sometimes it can just feel like “oh… another badge”.

but someone has to do that work

Of course, but a good CM will have a gamification strategy and the time and resources required to make that work will be factored in.

I’d also argue, at quite some length, that long term participation is critical to the survival of any community

No argument from me on that. What I’m saying is that I don’t believe that the default silver and gold badges do incentivize that for all groups.

In summary, I think the existing badge system is excellent out-of-the-box but I’d encourage people to think about whether it customising it for their own environment might add value in some cases.

Well then that’s a UI problem and the badges page should have stronger sectioning with an explanation of each tier. Bronze is “user directed goal substitute for the manual”, not “oh my goodness people are doing arbitrary things to get badges!”

Our solution was to disable all badges instead of starting a witch hunt,

Why not a simple “site feedback” topic telling people to get the bronze badges in the context of actual use? It’s really no different than any other form of griefing, for example, @trash was complaining that users on his site reply 3-5 times in a row rather than consolidating replies…

Why not a simple “site feedback” topic telling people to get the bronze badges in the context of actual use? It’s really no different than any other form of griefing, for example, @trash was complaining that users on his site reply 3-5 times in a row rather than consolidating replies…

Not consolidating replies is easy to spot and work with users on. With badges it’s not always obvious if a borderline nonconstructive post is trying to farm badges or not. These are the kind of posts where it’s not clear if nonconstructiveness was intentional and/or users walk the line – taking action would be pedantic on an individual scale, but on a large scale it’s especially noticeable.

The problem might have been that we had 100% of our users tasked with earning badges at once when we migrated, so I’m not sure if the problem would still be so prevalent. We might try to re-enable them in the future, or try to tailor them to discourage not specifically badge farming, but farming with nonconstructive actions.