A discourse for Technology Mutual Aid

Apple’s devkit situation made me think about a way for open source/free software developers to get or share the Apple store credits in a show of mutual aid.

Thinking about that made me realize it’d be better to just make it available for anyone, for any mutual aid purpose. So I am thinking about starting a discourse forum for mutual aid to help with technology requests for everyone.

What this wouldn’t be:

My main inspiration is Food Not Bombs and the more local mutual aid org here in Hawai’i, Coronacare. FNB in particular has a fantastic mission:

When a billion people go hungry each day, how can we spend another dollar on war? Food Not Bombs is an all-volunteer movement that recovers food that would otherwise be discarded, and shares free vegan and vegetarian meals with the hungry in over 1,000 cities in 65 countries in protest to war, poverty, and destruction of the environment. We are not a charity but dedicated to taking nonviolent direct action.

Thanks for reading, I love discourse and appreciate that this community is here.

What are apple store credits useful for?

People or businesses that borrowed an “apple silicon” Dev kit (for an upfront $500 cost) last year are getting a $500 apple store credit when the Dev kit is returned. The credits can supposedly be used for anything in apple”s retail or online store. It is unclear yet if they will be applied to developer accounts directly or distributed as codes. I’ve heard from developers who don’t plan on using them and would prefer to give them away. Either way, credits expire at the end of 2021. If they’re distributed as codes they can be easily shared.

It’s official, the apple devkit returns will get a $500 promotional code that could easily be shared: 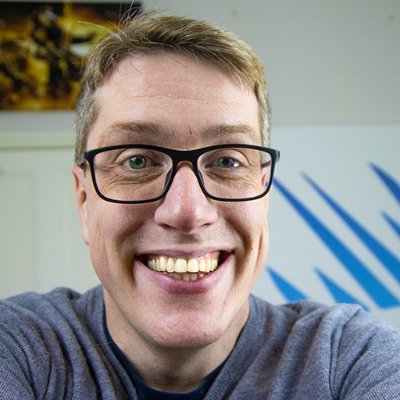 It’s happening! Nice that the $500 voucher can be used on any product except gift cards and AppleCare – time for some celebratory Mac Pro wheels! 💸 https://t.co/rj5FmBu4L2 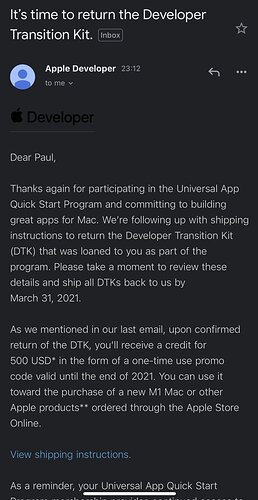 It’s very early but after I learned that sendgrid just seems to be broken and moved on to maligun, I’ve now got Tech Monsters set up: 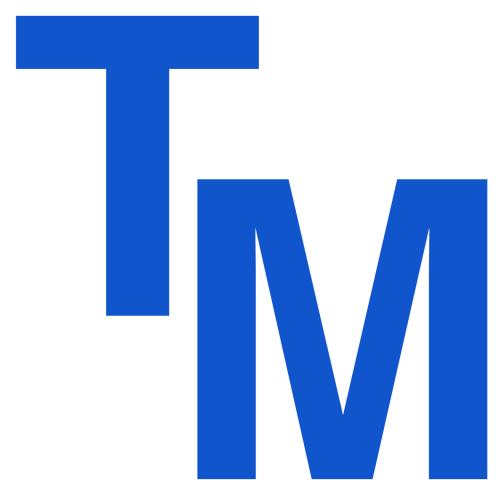 What is a Tech Monster?

This is a new site that is here to help people get, share, and use technology through the concept of mutual aid. Technology Monsters was inspired by the discounts Apple is distributing to developers who return their developer transition kits, not...