What about a spectrogram poll type?

And behind the scenes, having something like the number poll type with a min of -100 and a max of 100?

Here’s a description of a Spectrogram as discussed by Catherine Bracy of Code for America at PDF15 last week: 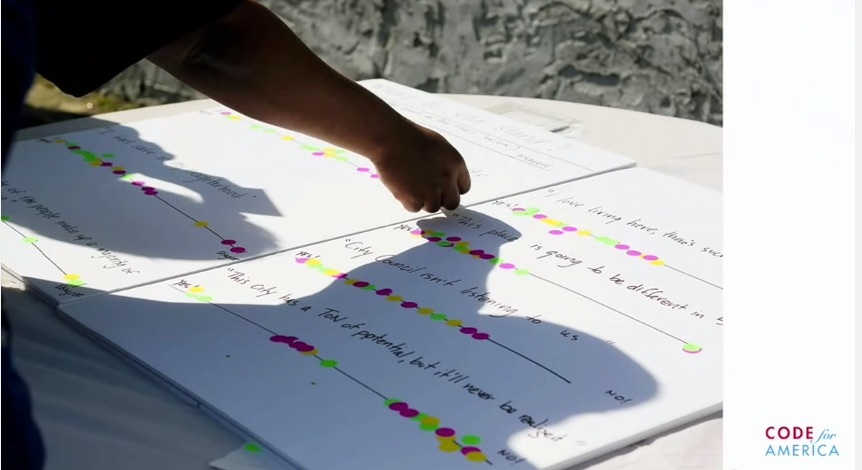 What about a spectrogram poll type?

Sounds interesting. What have you got so far?

I know the CfA folks seems to be interested… 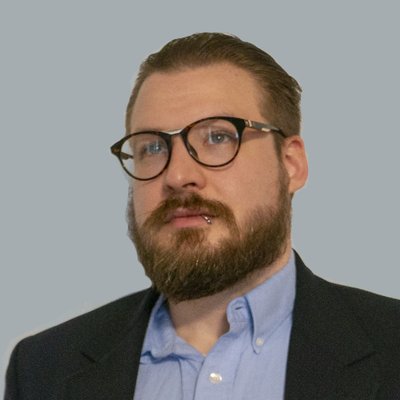 .@cbracy would be "super happy" if someone could beat her to building a digital spectrogram #PDF15 http://t.co/tWaL0bw7BV 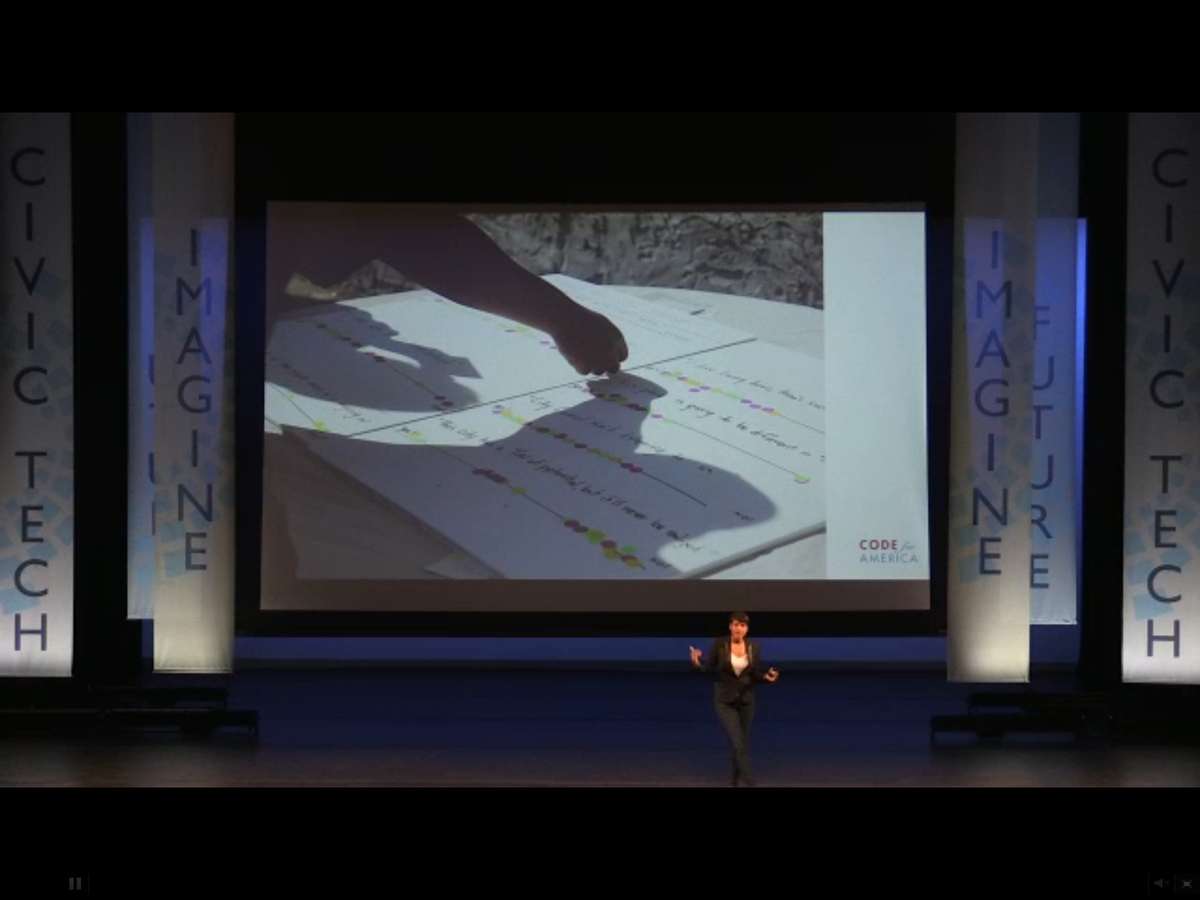 To save some time: Catherine talks about spectrograms around 12:40

I think the backend is already in place (number poll with some arbitrary range, eg. 0-100).

Please don’t. Numeric sliders have such a bad UX most of the time. Imagine you have a large range like -100 to 100. Try selecting 76. Good luck! In that case a numeric input is way better. And when you have only a few options, it’s easier to just select the option by clicking on a button.

But that’s exactly what we’re trying to achieve - capture relative quantity, with users being able to place themselves in a spectrum in relation to others. And perhaps, after some discourse/debate, change their position “relative” to other spectrogram respondents.

I agree we can make the range smaller, I still think a “slider-like” UI is still better than buttons (see the screenshot above). The primary reason being is that one feature of the spectrogram is the ability to see how other users are on the spectrum. Can that be done with a button interface?

While we’re talking UX, what about a mode using user avatars when placing your response on a spectrogram?

In that way, you can see at a glance not only where the responses are, but also, who’s voting what.

I say avatar mode, because I’d still like a simple UX where you just see the responses.

I’ve been at events with spectrograms and they are super fun and informative, and a quick shortcut to gauging where people are at and how their opinions change as arguments are made during the course of the exercise.

This is what loomio does quite well, though not (I don’t think) with a nifty spectrogram visual interface. It’s been a while since I’ve looked at the project.

I’ve talked about this before. Ah. Here it is…

What do you think of this approach?

Two ideas on top on that:

use ImageMagick thru rMagick to render the spectrogram as an SVG.

If backend provides a JSON with data points, the graph could be rendered client-side using one of JS graphing libraries: http://www.jsgraphs.com

Draggable slider that represents the arrow of time would be better

Great! Rendering client-side using JS graphics libraries will be more elegant and is not as kludgy

However, that means Discourse will have to store all the intermediate vote states.

The reason I went for the RMagick suggestion is so that Discourse doesn’t have to store voting states over time, as seems to be the case with the current polls looking at the poll attribute.

It will only have to store the latest vote, and the historical votes can be “stored” by just time-stamped previous ImageMagick renders.

pol.is has done the super-deluxe version of this, to great effect in Taiwan, and elsewhere.

As I understand it, participants agree/disagree/pass on multiple statements (essentially an opinion survey on a topic area, which they can extend with statements of their own, like “Playing football in high school is reasonably safe”),then pol.is identifies groups of people who more or less agree on sets of statements.

You can then either attempt to craft statements that everyone agrees on, or drill down on one particular cluster to see what differentiates those participants from other clusters, or from one another.

Write-up of the VTaiwan project where this is working here: http://civichall.org/civicist/vtaiwan-democracy-frontier/

Screen demo of the clustering in action:

An update based on some more experience with pol.is:

I just tried out pol.is for a small FB group and discovered a few bugs and misfeatures. The devs were quite responsive, fixing a few on the fly and explaining what was going on. I think some UX tweaks are still needed to make it more intuitive for newbies and reduce friction.

In reading about how it’s been used in Taiwan, it seems that one use pattern is to encourage the various groups that emerge to develop statements that gain significant agreement across groups, and then use those “consensus” statements as the basis for f2f deliberation. So, as always, there’s important stuff that’s not captured by the software per se.

A key tenet of pol.is is that “responses don’t scale” in large conversations. Better that you either agree/disagree with my point or post your own. Of course, that’s amusing to write here, of all places, in a community that’s dedicated to scaling responses and is doing pretty well at it. It’d be interesting to find out if there’s a line of demarcation (i.e. if X>A and Y is true, go with a Discourse type process, if not, use pol.is. Shift between pol.is to and Discourse as X and Y change.)

My excitement about pol.is is in how it provides a kind of filter for large scale discussions. It seems to me very useful to be able to say that, in some large hubbub of discussion, there are roughly these two/three/five subgroups. This is a little more sophisticated than Reddit-style upvoting, in two ways. First, in distinguishing between a statement that got, say net 5 upvotes via 5 up minus 0 down and one that got 105 up vs 100 down and thus clearly represents a pretty large subgroup. Second, in the grouping.

Here’s another update on pol.is. I saw them at the Personal Democracy Forum conference this summer, and was quite intrigued by what they’re trying to do.

Nowadays, algorithms/AI/Big Data is being used by Google, FB, et. al., seeing us more as “consumers” rather than “citizens” with their ad-driven biz models, that hack our lizard brains.

What’s refreshing about them is they’re using technology to bring tribes closer together rather than balkanizing the internet into echo chambers.