In the offline world I mostly use this method, because I highly appreciate the many advantages of SK.
I can’t find an explanation in english right now but there is a platform to do it online with translation.

The principle for the voting process are:

The deviations from the standard voting module aren’t that big, are they? I can’t programm but I can help.

Seems like you are talking about a flavor of polling, not the feature voting plugin.

Sounds like you’d need a new plugin to do that. If you are not a programmer, but would like to help, you can offer money to a programmer in the #marketplace. I’m not a plugin programmer, but I’d guess it’s a $200-300 job, but it could be harder than I think.

Highly depend on the hourly rate

The ability to add options on the fly makes this plugin somewhat tricky though.

I love this idea of systematic consensus building. Why not just use the polls feature as is and simply set up the question this way? The ability for people to add questions may not be that important, or could be dealt with ahead of time. So you could start a topic saying “let’s do a poll! What should the answer options be?” Then set up the poll after collecting answers.

Incidentally, I do often run into trouble with polls which can’t be changed after the poll is started. As we use it, we discover issues with the questions or need to add more answers. Is there no way around this limitation?

Is there no way around this limitation?

Because changing a poll after it has received some votes would void the existing poll results, there would need to be a way that would allow and enforce that all those that had voted voted again.

IMHO the easiest way to do this would be to close the old poll and start a new poll - OR - create polls with an “other - please comment” option so deficiencies have a place to go.

I understand all that but still think there should be an admin function to tweak ongoing polls. Not all polls need to be rigorous and valid, and there are many circumstances when asking people to come vote again is unrealistic. We’ve tried this in our community and it just doesn’t happen.

Why does it feel bad? If you know how strong the resistance is and how it’s spread, it’s easier to hear the causes and adapt the options to make more people happy

I think, this is the closest you can get?

Suggestion 1 (how strong are your objections, 0=ok, 1=concerns, 2=strong objections)

no-action solution (how strong are you objections, when all suggestions are droped)

And then users can add other option by replying.

(If you don’t like the use case, think instead about finding the optimal date for a Community meeting, i.e. the date where most people would come, because they actually have time.)

Let’s assume for a moment that the use case is realistic and valid, and that a poll is a reasonable tool for it.

For now, I have identified four aspects of the problem and its solution:

A. New options after poll start

While it is desirable to collect all options upfront, this does not necessarily correspond to reality.

While it is comprehensible to divide choices into “chosen” and “not chosen”, this does not necessarily represent the actual choice adequately.

While it may desirable to have users reason about each option independently, this is not necessarily likely to happen, if options are presented together.

While it may not make sense to cast an empty vote in traditional “single choice” and “multiple choice” polls, this does not necessarily hold for all polls. (Note that this is somehow linked to A., because users with an empty choice may actually want to propose a new option.)

How could Discourse better support alternative polls like “Systemic Consensing”?

The crucial point is choosing the option of least resistance (≠ option with most votes). This option is more suitable for consensus than an option with the majority of “democratic” votes, because it is less controversial.

It would be really great to have some kind of consensus-building plugin for discourse because it might contribute to a better understanding of what consensus is and how practical it actually is (contrary to it’s reputation). In fact, we all use the consensus principle all the time, but more on that below.

There are lots of ways of practicing consensus decision-making and the ones mentioned in this topic are just some of them. And that is the first (and perhaps biggest) challenge of creating a popular plugin rather than having dozens of them, each limited to a particular flavour of consensus. The plugin would have to be flexible enough to accommodate many/most of these flavours…

I don’t have a silver bullet, but here is one important insight that might help understand what all the different versions of consensus have in common: consensus is not unanimity. Indeed, although the two look very similar on the surface, they differ fundamentally. In short: consensus is about nobody disagreeing, unanimity is about everyone agreeing.

In order to find out whether everyone agrees, everyone needs to express their preference, i.e. to cast a vote of some sort. A unanimous decision is achieved through voting.

Consensus, by contrast does not require everyone to express a preference. It only requires that no one objects. This makes consensus so incredibly powerful and flexible but it (at least in its basic form) also allows decisions that no one really likes but also doesn’t dislike enough to object (also known as the “Abilene Paradox”).

For a more detailed discussion of consensus and unanimity see this blog post: 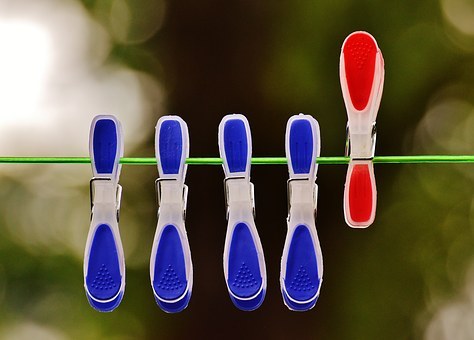 What is consensus? - The difference between consensus and unanimity

Consensus is not the same as unanimity. In a nutshell, unanimity is when everyone agrees and consensus is when no one disagrees.

Just to be clear: this post is not meant as a critique of any of the previous posts in this topic. I am not proposing any specific implementation of a consensus method, I’m just suggesting a way of thinking about and understanding consensus.

No, it could also be about impossibilities.
One very good use case for this is to pick a date between a number of participants for a meeting. Throw 5 dates in there and let everyone choose between ‘can attend’ , ‘maybe’ and ‘won’t make it that day’ and you’ll be able to choose the best date for the meeting. Like https://cally.com/

Good example! That’s exactly what I meant with: we use consensus all the time. Or maybe not exactly, because all participants are asked to give their preference, but a lot of the time when you schedule meetings, only a few people give their preferences and tbe others only object if it doesn’t suit them.

Hi, checking in on this concept since it is used by our Nonprofit. Any plugins for Discourse that support this sort of system would be much appreciated! See Loomio as an excellent example, but it sadly does not yet feature Discourse integration.

The idea of consensus as I understand it is:

A Block in this case is a hard no, so even a single block stops the proposal from moving forward. Through discussion any blocker will need to be convinced to Stand Aside or Yes to pass the proposal. In our case a two week deadline is placed, which can be extended additional weeks by general agreement.