After updating to "2.9.0.beta1", the number of clicks on the image URL is not counted

Works in old posts.
However, the post after the update does not count the number of clicks on the image URL.
for example,
https://i.imgur.com/example.jpg

Note: I haven’t converted to a local image in my forum.

Just in case, I tried rebuilding, but it didn’t change.

How to solve it?

By the way, the click count of links other than the image URL is working properly.
for example,

@tshenry can you assign someone to investigate? Did we regress here?

I’d like you to come to my site, but it contains NSFW images, so …

I also tried safe mode but it didn’t make sense.
The number of clicks “badge-notification.clicks” does not appear.

Has anyone encountered the same bug?
It’s not as deadly as this problem, but I hope it will be fixed someday.

I actually prefer it not counting image link clicks, as before it would mess up the format of a picture grid, whereas now it doesn’t. 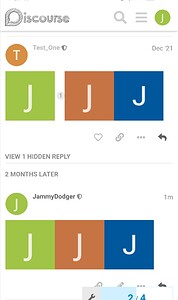 I hid the click counters with a bit of CSS, but could never figure out how to take the whitespace out as well: 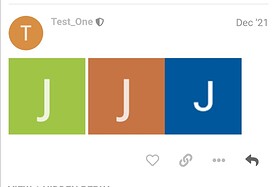 (Though if anyone can tell me how to remove the whitespace as well, then that would work for me too

I’m fairly certain this is a (positive IMO) side-effect of this change:

The hot-linked image links were showing up in the Top Links section of user summaries and looked pretty awful. I didn’t realize it would take the click count off of hotlinked images in posts too, but I personally think that is an improvement as well for reasons like what @JammyDodger illustrated. The click counter was often distracting and felt out of place on images.

Thanks @tshenry – recategorizing to #feature discussion.