Summary: Allows users to create multiple anonymous accounts and to switch between them.

This plugin was in-development (and tested to a point) but is currently not maintained and I have no intention of maintaining it; i.e. it’s somewhat unfinished. The features listed do work, though. If you would like to assume the maintainer-role of this plugin, you’re more than welcome. For anyone else interested in the code: it’s released under MIT but I’m basically happy to re-release it under whatever license (or public domain) if you have some preference (e.g. so an entire stack can be GPL).

(No docs – I might have added something to the admin panel but can’t remember what property it was/did; in any case, there’s basically no config. mb I was planning to add a limit on the number of anon users per user but forgot.) 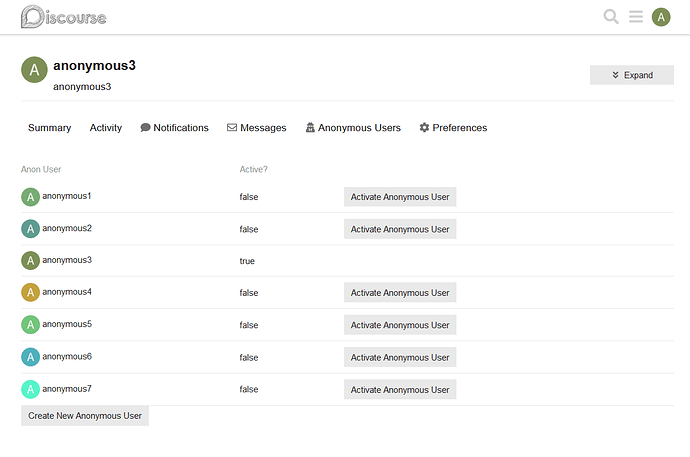 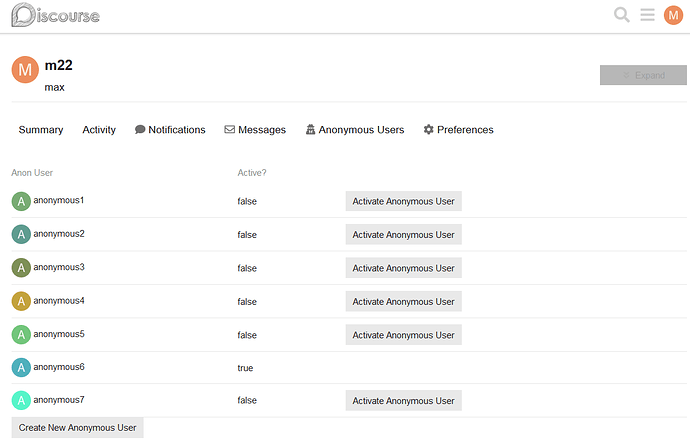 A Slightly Related Plugin – autoadding Anonymous accounts to a group

I wrote another anon plugin prior to this: auto-add anon accounts to a group: GitHub - XertroV/cf-anon-auto-group: Discourse plugin to trigger `user.set_automatic_groups` for anons on login. It’s very simple, basically like 10 LOC all up.