"Discord Bot": run one on your Discourse server & keep things in sync

That suggests your provider_uid in Discourse is not set for that user. Please investigate.

I ran this query in the Knowledge Explorer Plugin:

but I checked every user for their provider_uid and each user has one. Is there anything else I could debug?

Then the next most likely issue is that the currently mapped Discord UID is wrong.

ie the data in Discourse is not mapping to a valid UID in Discord.

Check this users record in Discord manually and confirm it is correct.

Hey, I can confirm this. The user has another UID in Discourse than in Discord.

How can this issue be reproduced?

Could you delete the association and ask the user to recreate by associating Discord once more? If it happens again, something is buggy with the social login?

I just wanted to do an follow up. I was talking to the people who had these issues. We could determine the possible issue.

The User signed up with his old discord account which he didn’t joined the server with. So the Sync Bot could not find the discord user I guess and errored.

Thanks for clarifying. Can you confirm how you resolved? Did you delete his association and then get him to reassociate?

Did you delete his association and then get him to reassociate?

That’s what we did.

Great. Btw I will gladly consider any useful generic improvements to this plugin in case you decide to get coding again

Hey! I’ve been trying to find a plugin that will give users in Discord a role based on the badges they have on their Discourse profile. Is this possible with your plugin? If not, is it even possible? Thanks!

Not at present but no reason why you couldn’t fork it and add an appropriate command to implement that!

If implemented well I would consider merging a PR. However it might be a little specific for general use because presumably you’d have to maintain some kind of mapping unless the badge names were same as role names? In any case you’d have to filter out most of them? That might get messy for general use. If you find a really clean way to manage that which would work for general users of the plugin let me know.

But fork away, fill your boots!

I would definitely like to see if it is possible. That would make me even more interested in this plugin.

Just a small question: do we have to manually run !discsync every time we want to update roles, or is it automatic?

Unfortunately yes. It might be a nice enhancement to add a ‘repeat in x hours’ parameter (PR welcome or hire me to implement), but as I’ve mentioned before in this Topic, it would be better if someone produced a new plugin using their API and created some scheduled sidekiq jobs to do that. A bot is a fun solution but not the best architecture for scheduled syncing.

Oh, thanks anyway. Yeah, we have already thought about a possible alternative…
We wanted to sync Discourse groups with Discord roles, but it looks like there is no perfect solution that suits.

We are now going to make some kind of bot using webhooks: Discourse will trigger a webhook when an user’s groups is updated (or username change as well) to a custom solution, which will then assign roles in Discord. We will keep using the Discord OAuth choice in order to get guilds, and by creating a custom Data Explorer query, we can get through the API those guilds.

A proper batch job would be better so you don’t lose data integrity due to one-off event glitches. Both would be perfect.

Well, I didn’t go through that way…

I’ve forked your repo, and made a new plugin that suited our needs: 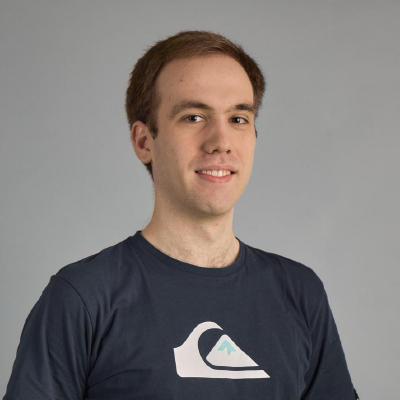 A Discord bot that runs on your Discourse server to link the two servers.

It basically syncs all groups with Discord roles, but automatically. When a user is added or removed from a group, it will run a sync job and update their roles according to the public groups. In addition, I’ve added a setting to mark a “verified role”, that will be added to all users who have a Discourse account. And also it supports adding a list of safe roles, which the bot will ignore when syncing users (useful, for example, if wanting to set different admins and mods in the server than in the forum).
I’ve also added a username-nickname syncer. It can enforce users to have the same server nickname as the forum username.

I’ll open a #plugin topic after cleaning up a couple of things, as maybe someone can find it useful.

@barreeeiroo what was really interesting about your fork was your leveraging of DiscourseEvents hooks.

I had assumed that wasn’t possible because the bot is running in a separate thread. But as you’ve discovered, it seems we can act on events and influence the bot. So thanks for that, that’s a really important insight we can develop going forward.

So I’ve started adopting that technique in the main repo, starting with the ability to set some watches on new posts or Topics that willl be announced in the admin channel of Discord.

The functionality may be of little use as it currently stands but it demostrates the concept for others to leverage.

Here are the new settings 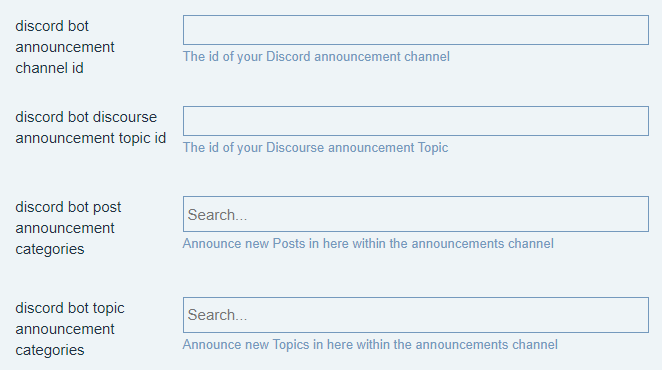 FEATURE: add ability to echo messages from announcements back to Discourse, remove reliance on unnecessary packages

In addition I’ve added a new file to manage Discord events supported by the discordrb API, with Announcements logic being the first example (feel free to develop new ones and PR if of general use to the community).

I’ve also removed the changes required to app.yml to install libsodium-dev as this is now optional having updated the dependencies and not required for the plugin at present (no need to handle voice). This will make installation much simpler.