I am trying to get the Dashboard integration running in our Nextcloud (22.2.3)
We used to have a discourse instance running on discourse.group where the connection worked fine.

Since we moved our discourse instance to self hosted, it does not work anymore.
Now discourse is running on a hetzner server in a Docker container. Nothing else running on that server. The DNS is configured with an A-Record.
For installation, i followed this guide: https://linoxide.com/install-discourse-docker-container/

I have found a description of a solution. But don’t know what steps to do.
Does anyone know how to solve that issue in my setup?

The other site was also on cloudflare but didn’t have caching enabled. The new site root has aggressive caching enabled via page rules, which would also apply to subfolders, hence the issue. Browser Cache TTL: a month, Always Online: On, Cache Level: Cache Everything, Edge Cache TTL: 2419200 seconds I also think following header is also critical. proxy_set_header X-Forwarded-Proto https;

For anyone else banging their head facing this issue. Please read below.

I was having similar issue. In my case we are behind Cloudflare, then Nginx and the setup was for a forum on subfolder.

We’ve added a workaround for the issue in the latest version of Discourse, so make sure you’re up-to-date. (our hosted discourse.group sites are up-to-date, so maybe that’s why things were working there)

On my Desktop I tried the setup with Mozilla Firefox running on windows 8. Also tried with updated Brave on my Android 11.
From my perspective nothing changed on the client side.

With Brave, nothing happens when I click “Genehmigen”
With Mozilla Firefox I get this window 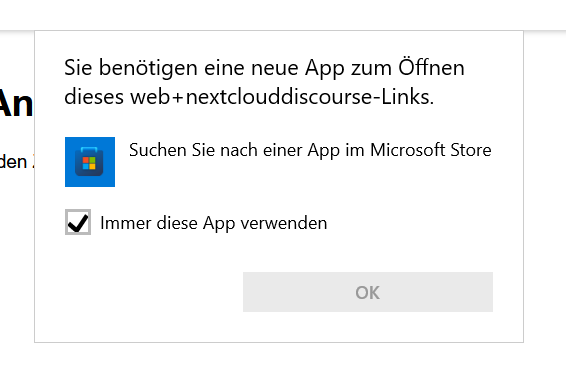 So both lead nowhere.

With Brave on Android 11 I get the Bad CSRF Error