Text will sometimes get displaced by floating, un-aligned characters as shown in the 2 examples below. 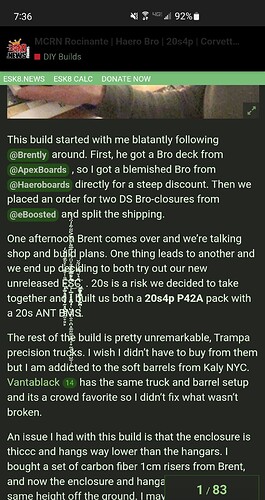 In a user’s profile description: 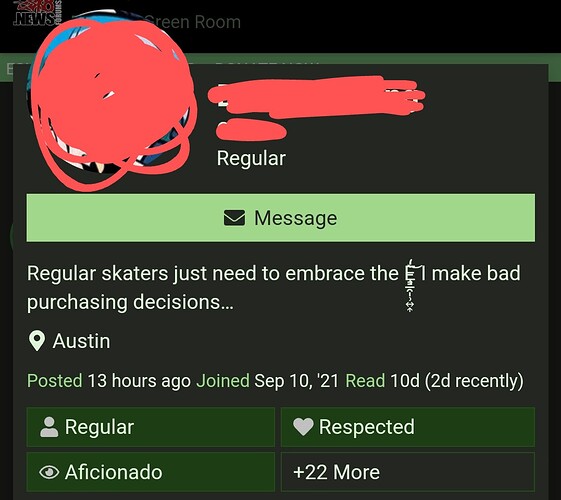 Looking at the raw version of that post, it seems to be the specific characters that are being used.

Hi,
This kind of writing is known as “cursed text” or “zalgo text” (as sort of a meme) and is used for fun or to annoy. 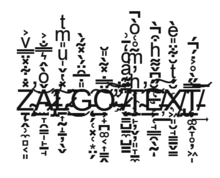 Zalgo text is digital text that has been modified with combining characters, Unicode symbols used to add diacritics above or below letters, to appear creepy or glitchy. Named for a 2004 Internet creepypasta story that ascribes it to the influence of an eldritch deity, Zalgo text has become a significant component of many Internet memes, particularly in the "surreal meme" culture. The formatting of Zalgo text also allows it to be used to halt or impair certain computer functions, whether intentio...

You can see it here and there, on Reddit, on Discord, etc…

The only way I know to decrease its impact is to add CSS rules such as: 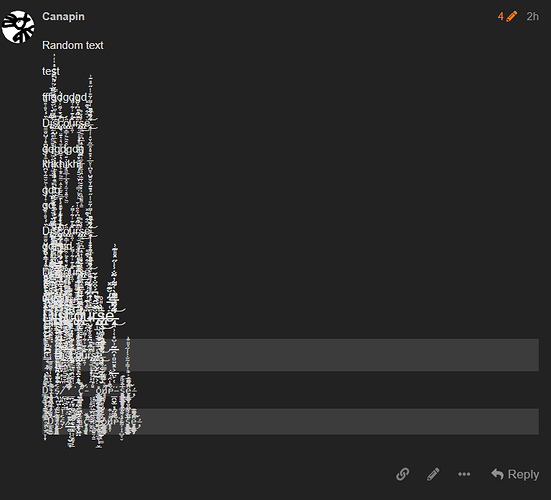 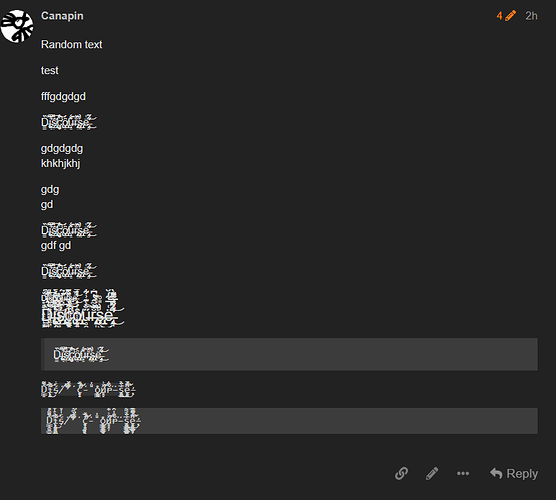 This will prevent the content (whatever it is) to bleed out from their container.

But it could have potential unwanted other effects.

I supposed you’d have to manually edit them out if people were trolling with them.

Text will sometimes get displaced by floating, un-aligned characters as shown in the 2 examples below.

Looking at the raw version of that post, it seems to be the specific characters that are being used.

Reinforcing what @JammyDodger said, you can check https://forum.esk8.news/raw/60142 to see that this was an intentional stylistic choice from the topic author. It may be the case to contact this user and asks if it can be toned down so it don’t cause readability issues and support requests.

However it was appreaciated at least by someone so it’s a community choice in the end.