Can we get this bumped up to 50 characters or something? I have all sorts of crazy abbreviations for groups and it’s getting hard to track what they are. Tonight I was trying to create a group called communication_science. Nope… Too long.

We use them very actively on our community, and want to use them even more.

One barrier is group name length and appearance in various places. An example - mentions, where long names screw up the display. They can’t have spaces as well which is not pretty.

Better would be to replicate the look of user mentions. This would allow us to have short groupnames (up to 15-20 chars) based on acronyms (eg @lel2016) and longer names that clearly indicate who’s in the group (eg 2016 Legal Empowerment Leadership Course Participants)

Examples of both below. 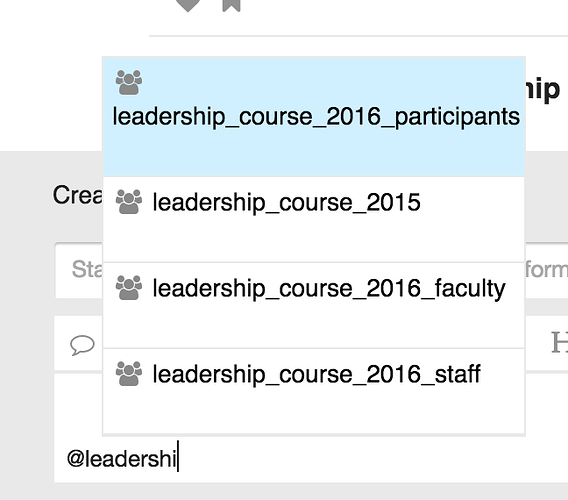 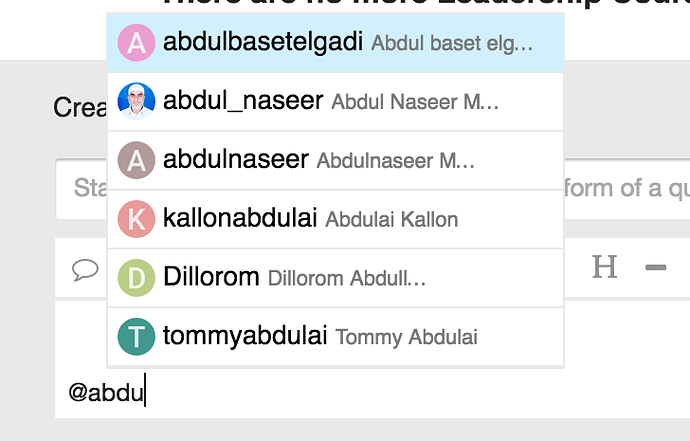 I agree that groups, like users, should have short unique as well as longer full non-unique (and Unicode) names.

I believe this is complete now @tgxworld as of 1.7?

this doesn’t seem to have been fixed yet - on my site it looks the same now as it did before. Each of these groups has a long name now. 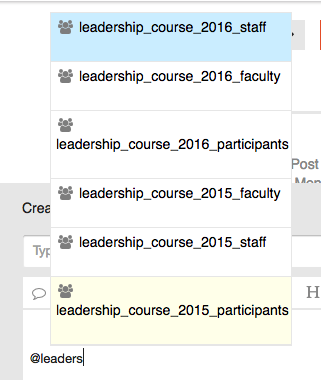 Aha yes that should be changed @tgxworld

This has always been the case. Group names are validated using the same validator for usernames.

longer names that clearly indicate who’s in the group

Each of these groups has a long name now.

Isn’t the name long because you increased the username length settings and gave the group a long name? With the addition of full name, you should probably shorten the group name and use the group full name.

Isn’t the name long because you increased the username length settings and gave the group a long name? With the addition of full name, you should probably shorten the group name and use the group full name.

I will tweak the group names and (as you call them) full names once the mention autocomplete is working properly. When I said each of these have long names I mean they have full names, as in the example below.

I just made group mention similar to user mention. 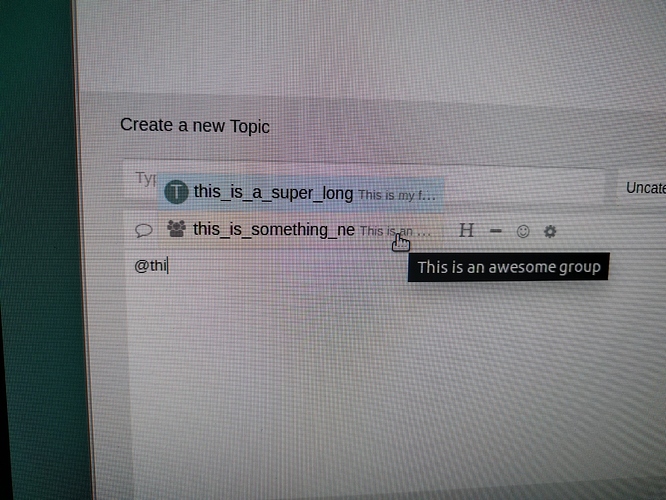 Full usernames are displayed, but are not searched for when entering a name. This is true both when adding recipients for a message and when @mentioning groups in a topic.

I’m pretty sure this has been reported before, but I can’t seem to find where. I don’t see it in the list for 1.9. Can you add it to the next release? It seems like a small thing, but it drives me absolutely bonkers.

(We have a @digped-cmte, short for “Digital Pedagogy Committee”. I keep typing “pedagogy” and waiting before I remember that the full name of groups is not indexed.)

I can confirm what @alehandrof describes on my site, though I don’t see it as a high priority. However, I agree it’s a bug if the intention is to give full citizenship to groups.

Mentioning groups seems to require you to start with the first letters of the first word of the group username. See screenshots below. 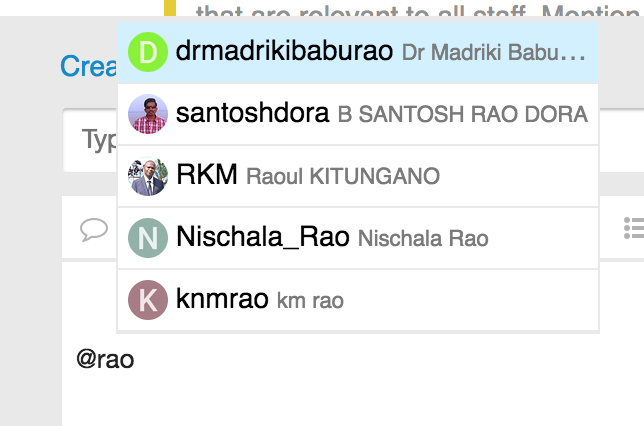 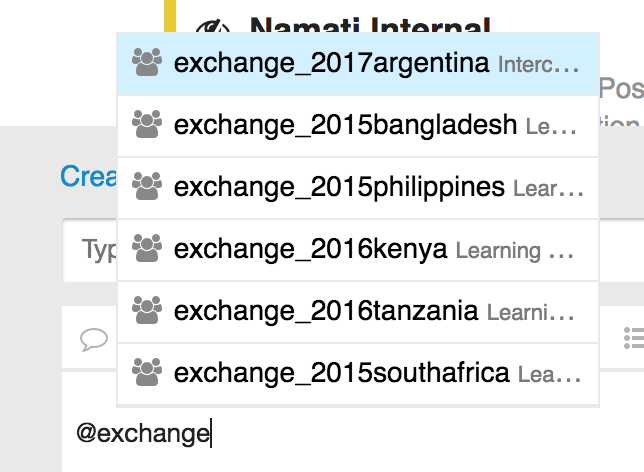 Mentioning part of group username that appears later in the name - does not work at all. Nothing happens. 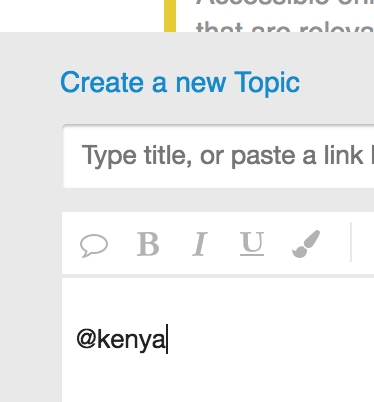 I was only talking about groups and full names, not users or usernames.

I tried to provide visuals, but it would be a visual of nothing happening

I was only talking about groups and full names, not users or usernames.

I included the user usernames to show it working. It’s not broken.

Clarification: Group usernames work but only if you start at the beginning of the name. Not if you start with a word that appears later in the username. (also, group usernames will obviously not work if mentioning is disabled for the group in the admin settings)

@tgxworld can you have a look?

@tobiaseigen Can you help me test if this works for your groups? Thank you!

seems to be working now - thank you!