How to increase Discourse avatar resolution with JS?

I prefer to increase the avatar sizes on Discourse so I can see them better. You’ll run into an issue doing this though because since the avatar images are 45x45 pixels, if you stretch them they get blurry. I had been using a snippet of of javascript (not made by me, and I forgot where I found it) to upscale the resolution of avatars since around last September, but a month or two ago it stopped working. Here is what I was using:

What was changed in Discourse in the past month or two that would break this, and how can I change that code to fix it?

Don’t look at this, aparently it’s out of date
https://meta.discourse.org/t/how-to-change-topic-avatar-size/20689/5?u=deanmarktaylor

That’s out of date with the widget post rendering, I think.

From what I see in
public/uploads/default/optimized/1X/
there are 16 copies of each uploaded avatar ranging from 20x20 to 360x360
Notice the end of the file names. It might be easier to use the largest? 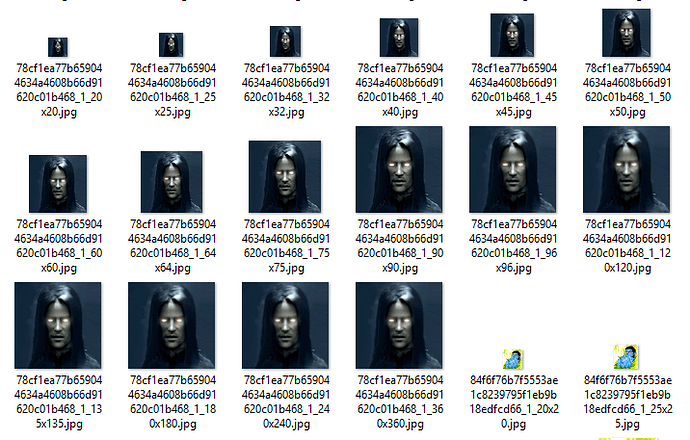 It saves internet bandwidth if you’re downloading a smaller image.

there are 16 copies of each uploaded avatar

Yeah, I had discovered that there were multiple sizes and Discourse didn’t just use the biggest one when the avatars were blurry after resizing them. I could watch for each element created in a userscript and update the avatars to use an image URL that pointed to an image with a higher resolution, but manually updating each and every element gets hairy. Prior to some of Discourse’s recent changes, the fix was as simple as changing a Discourse setting, and I assume that’s still possible but is accomplished through a slightly different process now.

Perhaps not so “slightly”
With the vdom perf improvement the post template is gone. And as riking mentioned Widgets is the way to go for this.

Widgets is the way to go for this.

I’m not familiar with Widgets. Any pointers?

Not many. I’m still going through the “getting familiar” stage for the most part and haven’t had time to try any of it yet.

I have a few topics bookmarked.
The one likely to be of most interest to you is
https://meta.discourse.org/t/avatar-size-handlebars-script-no-longer-working/29230?u=mittineague

The latest builds of Discourse are much faster at rendering topics thanks to our re-written post stream. I’ve written up our new plugin API but so far haven’t explained how the code all fits together. The purpose of this topic is to allow Discourse developers to understand how the new code works. What’s a Virtual DOM? A Virtual DOM is a data structure that enables browsers to re-render dynamic content very quickly. The technique was pioneered by React but has since been integrated into many ot…

I have to fully read the new plugin api format but my first problem actually has to do with this error: The discourse/components/post-menu object has been removed from Discourse and your plugin needs to be updated. PostMenu is a pretty important one and as far as I can tell does exist upon searching the Discourse repo on github. This is what is in the plugin: import PostMenu from 'discourse/components/post-menu'; import StringBuffer from 'discourse/mixins/string-buffer'; import { iconHTML } f…

Using the client side Plugin API is the safest way to build Discourse Javascript plugins and themes while respecting backwards compatibility. However, some people have made simple customizations using the Admin > Customization > CSS/HTML and dropping some Javascript into a <script> tag. Previously, it was very difficult to use the withPluginApi to access objects using the Discourse container. In the latest tests-passed build of Discourse I’ve added the ability to use the pluginAPI via a site c…

If the script in the first topic @Mittineague linked is what you’re looking for, most up to date version if it helps:

The effect is the same, but going through the plugin API should be more reliable, I think.

The effect is the same, but going through the plugin API should be more reliable, I think.

Absolutely, always prefer the api method, it will continue working for much longer cause we can add backwards compat as needed.

Here are two guides to increase the size of the avatars on posts and on the homepage Latest without the effect blurred:

1. Increase size and reposition the avatar To increase the avatar size from 45px (default) to max 120px add the code above in your customize > themes > Desktop > CSS tab (I mean, do you really need avatars bigger than 120px?

) In the example above I increased the avatar’s size to 90px and repositioned it /*Increase avatars*/ .topic-avatar { …