Image chosen for onebox / opengraph on category page is unexpected

The black lump and the texts that follow are for the third link, not the first, which is counterintuitive but I’m not here to fix Twitter 🙂 For some types of Discourse content: is the blackness to be expected when represented in Twitter? This...

– has anyone encountered that blackness before?

If it helps to understand possible causes of the misreprentation above, here’s a screenshot of an earlier view of the same tweet (probably taken soon after it was posted): 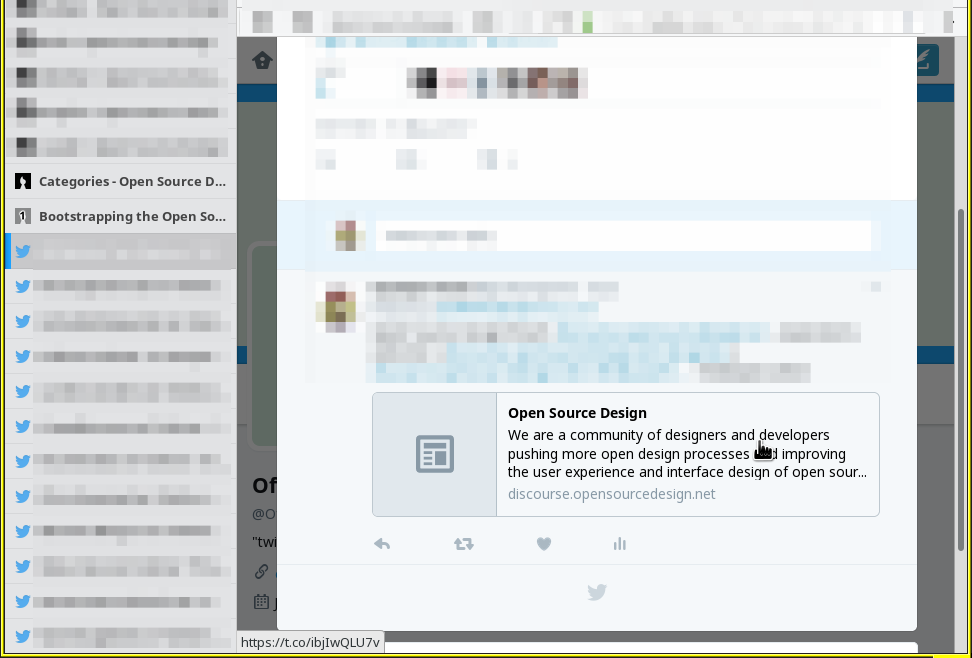 In that early shot, Twitter’s representation was of the first of the three links. There’s the /about text for the forum.

In all later views of the same tweet, in a variety of browsers (including non-extended Firefox 53.0), Twitter’s representation is of the third of the links.

You are referring to oneboxing, which is the opengraph or oembed tags for a page. View source to see what image was selected in those tags, on the target page.

Generally if you don’t like the image being chosen for oneboxing, remove it from the page by pressing the edit button.