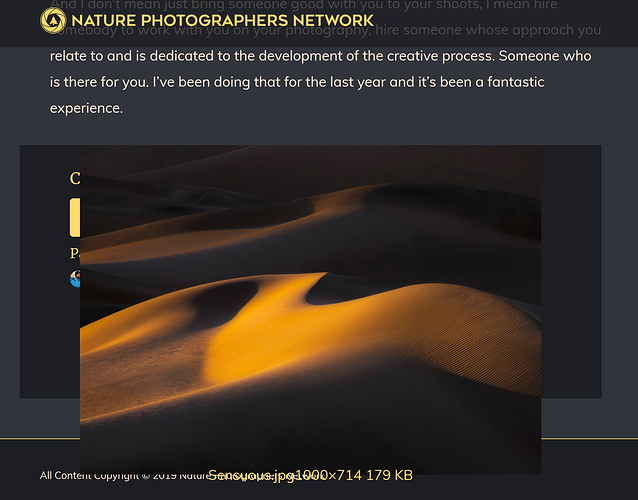 It looks like there is a confilct between a CSS class that is returned with the comments from Discourse and the CSS that’s used in a plugin on your site. The plugin that is adding styles to the class is called accesspress-anonymous-post-pro. The CSS class that’s causing the problem is named lightbox.

The plugin adds a position: absolute rule to the lightbox class. You can override that by adding some CSS to your site that targets the comments section

This will override .lightbox { position: absolute; }

There is still an issue with the positioning of the image’s metadata that will need to be sorted out.

Thanks Simon, I tried deactivating that plugin but the problem still remained, but adding the CSS still fixed it.