API requests with the Content-Type as “application/json” often receive an unhelpful message like “BAD CSRF”, so we should improve the error messaging so that it provides more details as to why they are receiving this error message.

I’ve been sending JSON payloads to the API and up until recently, I’ve received a JSON response.

Whilst my calls to the API still seem to work correctly (i.e. a topic is created when I post to posts.json), the response now comes back as null (rather than the json I used to receive) and this breaks my response parsing.

I’ve tried sending the API keys in the query string and in the HTTP headers. Seems they’re being accepted by the remote side.

I want to send data to Discourse in JSON form rather than form encoded. JSON worked in the past. Is there anything I can do to restore the functionality of my API code?

Can you share with me your actual ruby code to make this request? I’m unable to reproduce this locally. Here is the Postman json call I’m making and I’m always getting a response back: 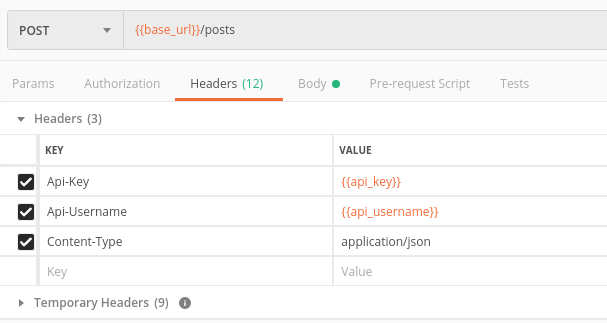 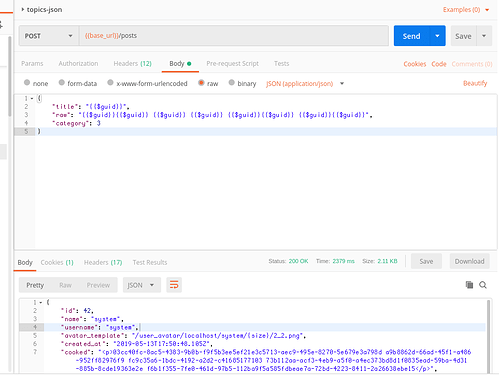 Also I don’t think you need the extra post["raw"] parameter.

I’m unassigning myself from this for now, but would like to leave it open as a place to track any future “BAD CSRF” errors in case they continue to occur.

From digging into this I realized that most of the BAD CSRF errors came from before we switched to header based authentication via the API.

Pre-header based auth, if the json request was malformed in some way we couldn’t read the API_KEY out of the paremeters and so we couldn’t detect if the request was an actual API request on this line in the application controller:

and so we would just return:

But now that API credentials are almost always in the HTTP Header of the request we can determine that the request is actually an API request with much better accuracy than before and so the “BAD CSRF” error shouldn’t show up as frequently anymore.