What would you like done? I’d like a new column with a button per row (Invited User) that shows “Activate User” and it will automatically set a password for them (doesn’t need to email it to them). They’ll then receive at least the digest notifications. We’ve moved everyone from a mailing list software and not everyone is savvy enough to setup an account (I know it sounds crazy, but it’s a reality), and they’re all volunteers. 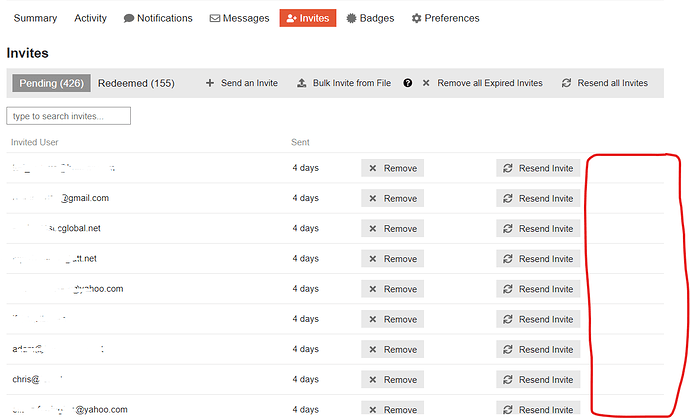 When do you need it done? Not a strict timeline, but the sooner the better. Just so everyone starts getting the notifications that they need.

What is your budget, in $ USD that you can offer for this task? It’s for a non-profit, so I’ll likely be donating whatever the cost, personally. That said, I realize these things take time (cost money), so I’m open to proposals. I’m new to Discourse, so I’m not familiar with what to expect.

Isn’t this going to be done just once at the transition? It’s likely easier to just activate everyone at the rails console. Something like

The import script most likely won’t work on systems with less than 4GB of RAM. Recommended are 8GB of RAM or more. You can scale back the RAM usage after the import if you like. …

Oh! Yes, since a considerable part of my income comes from imports, I’d assumed that they’d already done the import or I’d have suggested that!

I doubt that the import script will ever send invites?

Seems like they pulled the emails and sent a bulk invite to everyone?

Thanks fellas. I did use the bulk import tool, but I could get the remaining ones back into a spreadsheet to import.

You’re right, it’s just for this initial list, so one of these should work. I’ll check it out.