Mute ALL other languages

On another Discourse forum there are topics in LOTS of different languages - and it is very clumsy to have to open DOZENS of topics and mute them one at a time - it would be much more sensible for me to be able to mute ALL topics that are not in English with one checkbox . .

Is this possible already somehow or does it require scripting or something?

You can always set different languages to a certain category and then mute the category if you are the developer of the forum.

I’m not the owner / developer - I think a more general-purpose approach is required. On this particular discourse site there are many different languages with a number of topics in each. English has the most topics of course but it would be convenient to say check a box for Japanese-only topics.

Further to that idea, I guess it would make sense to be able to select more than one language to show rather than topics to mute - is “mute all except”?

Adding on to this, I believe creating language groups that can be openly joined would be the best option here. You could create variations of categories (or subcategories) for each language, and only allow the languages group to post in it. This would allow for users to only have to join a group to get language based access, instead of requiring each user to mute multiple categories.

Are the other language topics in specific language categories or tags? If yes then maybe mute the categories? If no, then the site might need to rearrange their content with tags/categories so members can better filter out useful information.

See attached - does that help with topics / categories / tags? 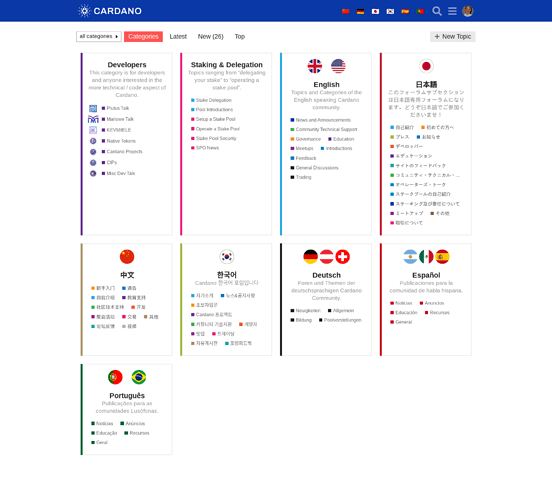 Not sure I understand your question, but with this category set up, you can go to each of the language categories you want muted and change the tracking state to Muted 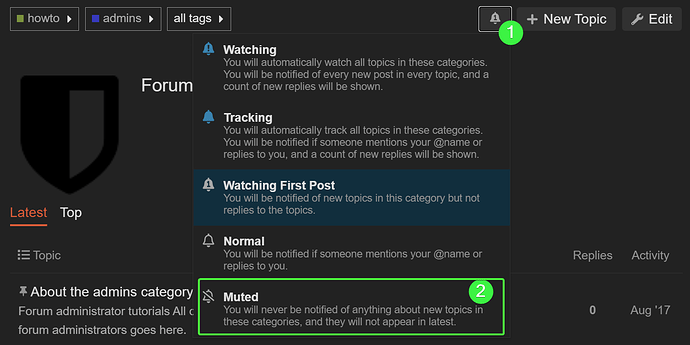 That’s EXACTLY what I am trying to avoid - I want ONE checkbox that mutes ALL non-english categories . .

Out of the box, that doesn’t exist. You’d have to develop something custom for that.

Yes, that is what I thought the situation might be - I suppose I should add this to the request for an enhancement list somewhere?

Yes, you can use the #feature category to request for things like this.

EDIT:
Seeing as the OP has been addressed, I’ll set this topic to close in a day.

Yes, you can use the #feature category to request for things like this

I’m not the owner / developer

Seems to me this is feedback for the site owner. If it’s hindering your ability to participate fully, they will want to know. They could organize the topics using tags and categories, so it’s easier to focus on the topics you want to read. Another option would be for them to install the quite lovely official Discourse Translator plugin to allow inline translation which uses automatic machine translation and supports many languages.

If they aren’t interested and other users are not bothered by it, then I guess it’s on you to learn to just tolerate and enjoy the linguistic diversity on the forum, and use google translate to try to figure out what people are saying in other languages and join in conversation with them.

If they aren’t interested and other users are not bothered by it, then I guess it’s on you to learn to just tolerate and enjoy the linguistic diversity on the forum, and use google translate to try to figure out what people are saying in other languages and join in conversation with them.

That’s an interesting idea - I haven’t even looked at a non-English topic to see if they already have a translate option - although to be useful, I would need to have the topics translated in topic list so I could see which ones I might be interested in . . I do occasionally try and understand what some of the Spanish topics are about . . but that is just for fun . .