I’d been hosting some NodeJS apps on NodeChef and despite encountering some bugs and UX issues with their interfaces, was pleased with the performance and available features. I thought I’d test their Discourse hosting because I already had a Discourse forum setup on DigitalOcean, but would prefer having everything under one roof. The price was right and they promised simple installation.

Immediately upon setup, I encountered several bugs and warnings being thrown by the Discourse install. I contacted support asking how I could access the app.yml file to change some settings and was told I could not have that access. Because of previous issues I’d had with the Discourse beta channel, I asked how to get on the “stable” channel. I was told that was not possible either. They actually responded with: “If there is a feature in the beta causing you issues, just do not use it.”?!

The other thing I noticed was that the page loading time was horrible, so I performed a performance test comparing NodeChef’s empty Discourse forum v2.3.0.beta3 +115 home page versus the DigitalOcean Discourse forum v2.1.3 +2 home page filled with posts. Here are the results: 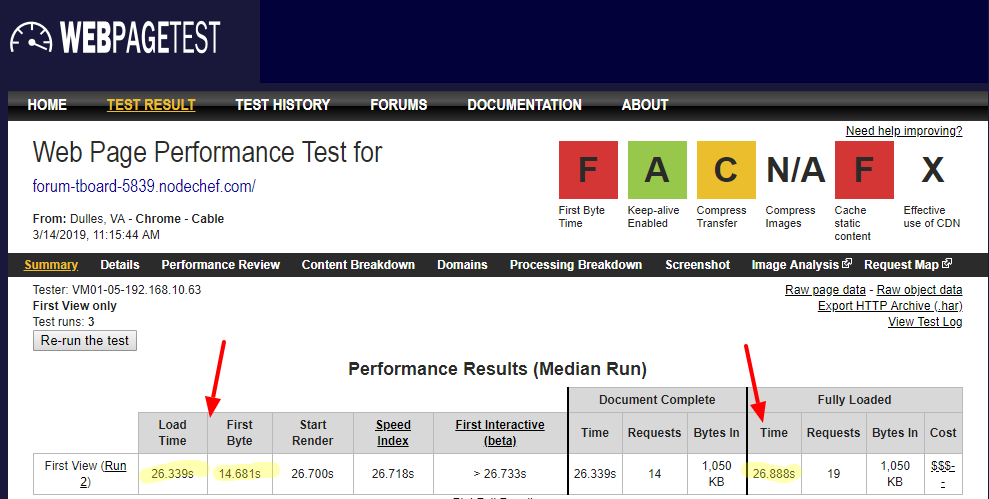 Given the bugs, lack of support and poor performance, I terminated the Discourse instance and asked for a refund. Their response: “we have a no refund policy as stated in our terms”.

So, that was my experience. If you’re fine with bugs, and poor performance, then feel free to use NodeChef for your Discourse Hosting.

P.S. I have no affiliation with DigitalOcean other than I buy services from them.