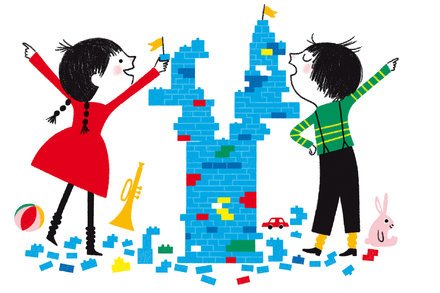 Creativity doesn’t come from agreement, it comes from good-natured quarreling. It’s time we teach our children that.

What if we taught kids that silence is bad manners. It disrespects the other person’s ability to have a civil argument — and it disrespects the value of your own viewpoint and your own voice. It’s a sign of respect to care enough about someone’s opinion that you’re willing to challenge it.
…
Instead of trying to prevent arguments, we should be modeling courteous conflict and teaching kids how to have healthy disagreements. We can start with four rules:

Couldn’t agree more. I grew up in a family that would often have intense debates over the dinner table. My father is a lawyer and thoroughly enjoyed (still does) a debate over politics, history, religion, linguistics, anything really.

I would add though that relatively often I find in social situations that it is more prudent to hold back a little bit. People can be anxious and uncomfortable about being pushed into debating an issue when they’re not confident in their knowledge of it. Or when they suspect you might know more about the subject than they do and they don’t want to be perceived as unintelligent. Debate can be great, but you’ve got to pick your sparring partners well, and always remain respectful.

Debating without some grounding in real subject matter, and enjoyment of debate itself, is just arguing. Arguing can sometimes be satisfying, but it’s not a creative force.

To be honest, I don’t often feel that same sense of ‘respectful debate’ in online conversation. I guess we all know the reasons: there’s less personal context, you find it easier to be short or mean when you’re not looking at a human face, the format itself can sometimes lend itself to short punchy statements that work precisely because they are divisive or emotionally gratifying. Or it just lends itself to a focus on you the individual.

I guess that’s one reason I like Discourse. It holds a real promise of online conversation approaching respectful debate. But, there are still pitfalls. I find it relatively easy to express my thoughts on something, but a wall of text can stifle conversation. Speaking of which, I should probably stop there.

Great article. I also grew up in a family that challenged each other (still do) in what I think is a healthy way. There is no doubt that it challenges us to think bigger than we would otherwise.

I would add though that relatively often I find in social situations that it is more prudent to hold back a little bit.

Totally agree with this. Some of the comments on the article itself were pretty good too and made similar points. Particularly about being aware of the fact that we were not all brought up this way and that it may not be so inclusive to make any assumptions that people are comfortable with this form of communicating.

If any community wants to push things in this direction, it’s probably very important to have strong moderators who are very capable of navigating choppy waters and helping members from various backgrounds feel safe.

One of the other articles linked above put it this way:

So leading a good fight is a skill that can take a long time to develop. To try to accelerate that process, my Stanford colleague (and former HP executive) Debra Dunn and I have been pulling together a list of methods. Here are five of the tricks used by some of the best bosses we’ve observed:

Keeping to one’s authentic self prevents most petty conflicts. A welcome debate allows someone to grow their authentic self by challenging what the self considers ideal to be used as identity. The process of debate too offers another growing experience. sets out a looking for discorsin’ partners sign for the philodator

Gently rein in people who talk too much and encourage those who are silent to speak up.

This is something Discourse definitely tries to do. A few people dominating the conversation is not healthy:

As the researchers studied the groups, however, they noticed two behaviors that all the good teams generally shared. First, on the good teams, members spoke in roughly the same proportion, a phenomenon the researchers referred to as ‘‘equality in distribution of conversational turn-taking.’’ On some teams, everyone spoke during each task; on others, leadership shifted among teammates from assignment to assignment. But in each case, by the end of the day, everyone had spoken roughly the same amount. ‘‘As long as everyone got a chance to talk, the team did well,’’ Woolley said. ‘‘But if only one person or a small group spoke all the time, the collective intelligence declined.’’

These kinds of specifics are great.

I guess. There’ll always be a role for in-person debate too though. At least I hope there will. Unless our kids end up scooting around on hover chairs and constantly plugged in (sipping their cupcake-in-a-cup

Actually, maybe having most debate online wouldn’t be bad. I tend to be unmoved by dystopian visions of our future online existence. There’s often a strong conservative streak running through them; i.e.: “Society is going to the dogs because it’s not like it was when I was growing up”. The human condition has always been changing.

I guess also that online debate has already changed the nature of in-person debate significantly. In some sense the ‘public sphere’ is already online. A significant portion of people (in the societies I’ve lived in at least) consume news, criticism and opinion online. In-person conversation can often be channeled by what people have read or seen online.

I think this is important, I would also add gender in the mix there to, particularly for in-person debate, but perhaps for online debate too. It’s not “respect” per se (although that is needed of course), it’s more an awareness of the social context in which you sit. In both developed and developing countries there are still significant gender and racial disparities in private and public life that can affect the dynamics of debate.

A common example (somewhat of a cliche, but it is true) is that men can feel much more comfortable advancing or defending their ideas in a forceful way in a meeting. I’ve often observed this in meetings. It’s not that the women in the meeting are ‘naturally’ more submissive or in love with consensus, it’s more that there are still strong learnt gender roles. Many people still grow up in relatively patriarchal family environments for instance.

This is the one that’s hardest to translate to an online environment. I wonder if there’s an online equivalent.

This is the one that’s hardest to translate to an online environment (obviously). I wonder if there’s an online equivalent.

Emoji could be it. Second would be post count in a specific topic. Reading for assertive bordering on abrasive word choice is another.

Children need to learn the value of thoughtful disagreement. Sadly, many parents teach kids that if they disagree with someone, it’s polite to hold their tongues. Rubbish. What if we taught kids that silence is bad manners? It disrespects the other person’s ability to have a civil argument — and it disrespects the value of your own viewpoint and your own voice. It’s a sign of respect to care enough about someone’s opinion that you’re willing to challenge it.

This would be a lot easier to do in the West. In Africa it would be really hard to implement. We have a culture that puts a lot of value on the words of elders, which is why one of the biggest insults you can make is to call a person “small boy/girl”.

In Africa it would be really hard to implement. We have a culture that puts a lot of value on the words of elders

In your culture is there any socially acceptable way for someone to disagree with an elder person or are you just expected to accept it?

Usually you can disagree with them, but it is usually done passively. Of course people from my generation and beyond (80s - present) are usually accused of lacking respect because we dare to talk back. Or disagree vocally.

Of course, this encourages bad behavior and lack of accountability. The sweetest thing is that if anybody younger than you ever points out that you are wrong, you can simply accuse them of lacking respect. The question, of course, is if they care.

I guess (and perhaps this applies in all cultures) you need to have good persuasive skills to do something like respectfully disagree.

I like the idea of respecting your elders at least in principle. I’m just not sure how you prevent that power from being abused. One of the things I like about Discourse is that it tries to encode the idea that respect is earned and must be maintained (i.e. it can be lost).

Mostly, no. Respect is expected to be earned, and what is the use of working all these years to have your word be the final one only to be told that younger people can respectfully disagree with you ?

True. But you can’t learn to respectfully disagree if you are not allow to learn to disagree in the first place. The good thing is that it is a culture that is slowly going away.

The thing is you would need to not care much about what people say for you to raise your kids to learn how to disrespectfully agree. Or at least be willing to have a lot of people tell you off for raising “rude” children.

Something else in a similar vein 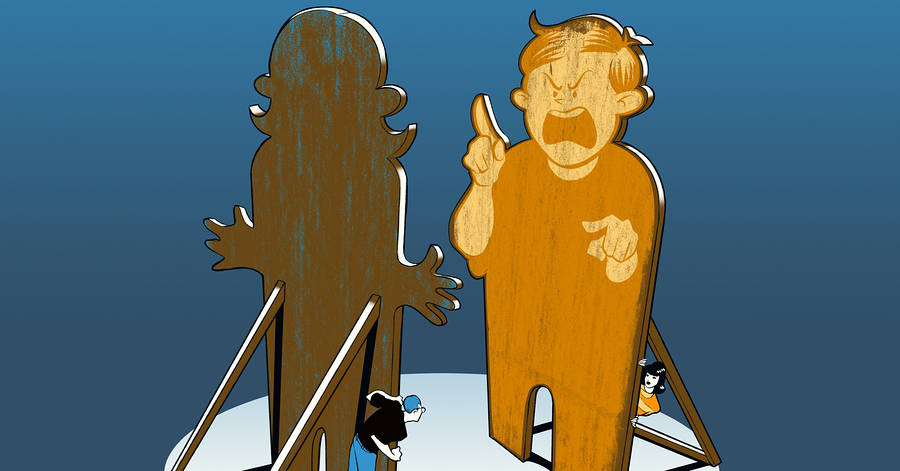 To Get Along Better, We Need Better Arguments

Our polarized politics keeps us from learning anything from our opponents. Here’s how to fix that.

Imagine that I support inheritance taxes and you oppose “death taxes.” I might assume that you’re rich and selfish, and you might assume that I’m jealous of rich people. These assumptions make our conversation frustrating and fruitless. But things are different if you argue that death taxes hurt family farms, and I counter that we need inheritance taxes to help poor and middle-class people who inherit little or nothing. 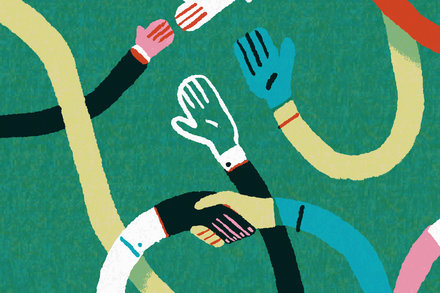 Opinion | Kindness Is a Skill

Practical tips for fighting a culture of savagery.

Most disagreements are not about the subject purportedly at hand. They are over issues that make people feel their sense of self is disrespected and under threat. So when you’re debating some random topic, you are mostly either inflaming or pacifying the other person’s feeling of tribal identity.

Bring everyone into the fray. Gently rein in people who talk too much and encourage those who are silent to speak up.

cc @sam based on recent discussions about rate limiting the most active talkers.

So when you’re debating some random topic, you are mostly either inflaming or pacifying the other person’s feeling of tribal identity.

Reminds me of this short essay.