Yes it’s supposed to, but as you point out:

Part of the media ecosystem in the U.S. was attributed, by some commentators and journalists, in contributing to making it difficult for people to discuss differing viewpoints with each other, because of echo chambers telling people what they want to hear and reinforcing their viewpoint

I found this talk quite shocking: 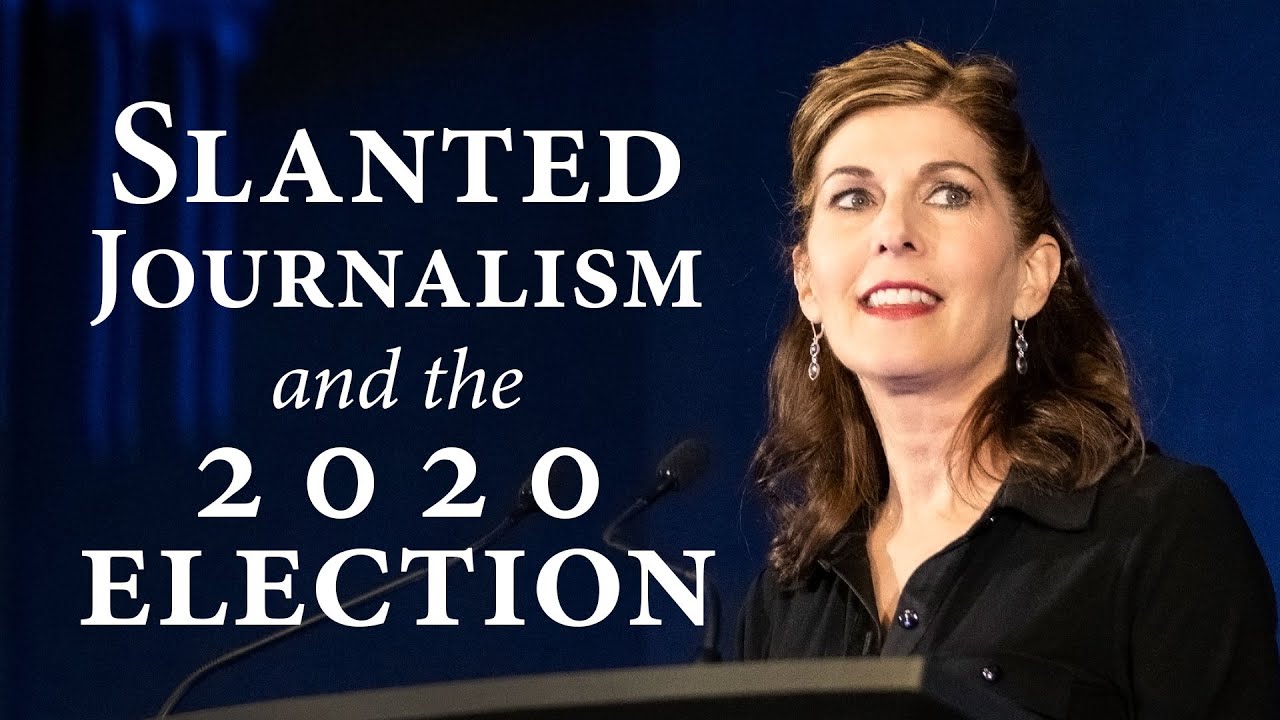 And agree with you that US and U.K. media these days is too busy pushing a narrative and opinion that the actual news gets twisted, and as you say, this feeds into the discussions people have on social media.

The aspect of “all viewpoints allowed but be prepared to defend what you say” allows people to discuss what they want, without others resorting to the technique of “cancelling” or “shutting down” their opinion - people can have a viewpoint, but it is expected that they enter the debate being prepared to back it up, and being prepared that others might challenge that viewpoint with their own points.

The problem with this approach (and indeed with the “fair and balanced” aspect of journalism) is the assumption of “good faith” on all sides or the idea that “all opinions deserve to be heard.” The problem is, recent history has proved this to not be true.

Bigotry, racism, classism and other terrible under bellies of human nature proliferate this way, in part because many communities permit “sealioning”, or the “forced debate” to occur. The act of sharing ones opinion should not force others to debate it. These tactics are used very effectively to derail or shut down the conversation. We’ve had disruptive members use these tactics in the past to “take over” discussions with intentionally controversial or inflammatory comments that will knowingly spark debate.

Taken separately, these comments may seem innocent until you examine the comment histories and realize the poster has been repeatedly taking the most inflammatory positions on topics for just this reason. This has sometimes taken more than a year to prove out, leading to untold derailments and damage to the community, all under the guise of letting all opinions be aired and debated.

I wish I could say this was uncommon, but it isn’t. In fact we just had a user admit to this process by creating new accounts after each was banned since 2013. There is an increasing number of folks who seem to enjoy joining forums filled with certain types of communities just to “stir the pot” and post the reactions elsewhere or just for personal gratification. It is important that forums take this behaviour in to account if it is to try and permit controversial or charged topics.

Well stated, and you have actively moderated a site that discusses quite a few contentious topics for quite some time now, so you have plenty of real world examples to draw on. I also found this comic on the Paradox of Tolerance – which I took 30 minutes to source to the original, surprisingly in Spanish by an amazing art infographic account – extremely relevant: 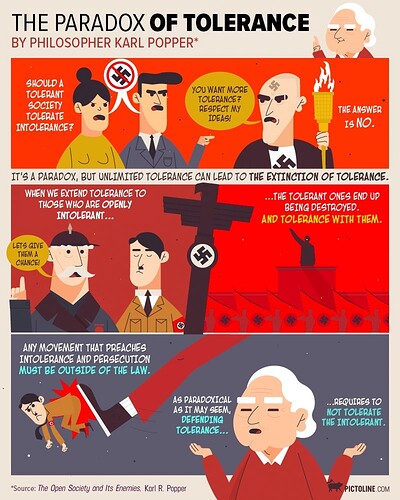 It seems contradictory to extend freedom of speech to extremists who … if successful, ruthlessly suppress the speech of those with whom they disagree.