Post Rate Limit Trigger for a topic that's heating up

If we say “only 1 post per user per N minutes” then the larger faction always wins, cause that faction will always get to post more than the small faction.

If we could rate limit to one post per faction then I guess this can work, but enforcing this with software sounds like a nightmare.

The noisiest people on each side are by far the most aggressive, so having a rate limiter on the noisest folks on each side would be quite effective. It lets the more thoughtful people – on each side – have equal time to the noisiest folks. That’s a big deal.

Another product introduces the same slow mode we discuss here: 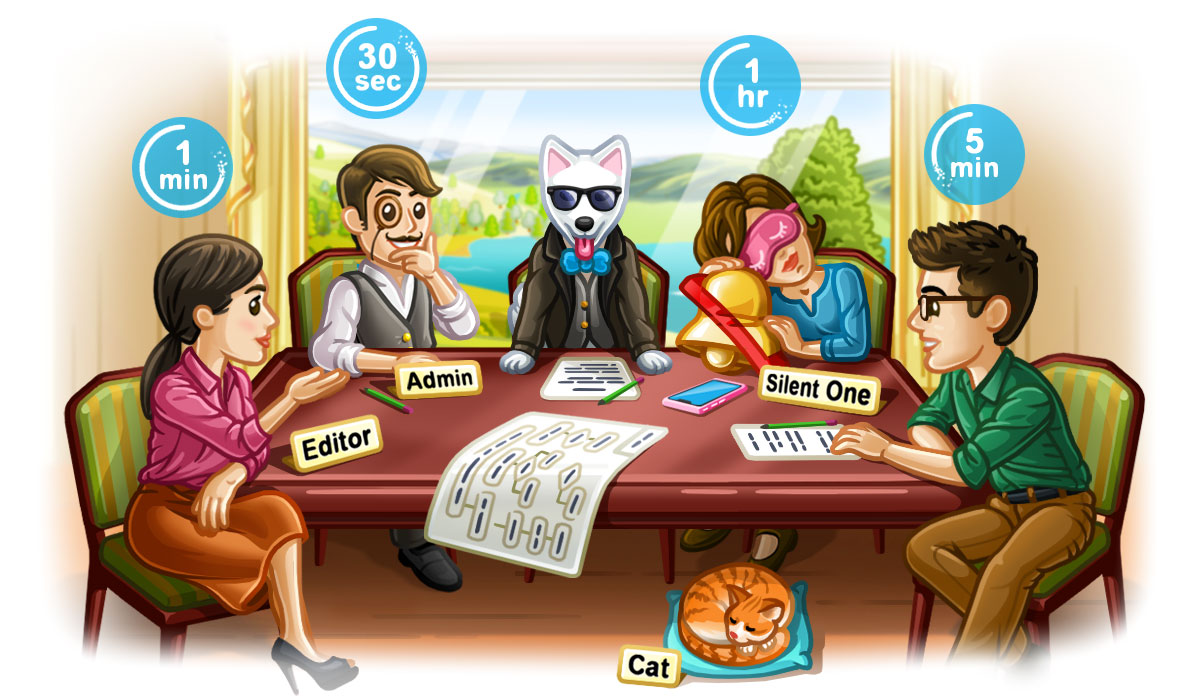 The previous update brought more movement to Telegram – this one brings more peace of mind. You can now message friends freely even if you know they are sleeping, studying or attending a meeting.

Oh, what a fantastic tool this would be for us. Generally our community gets along well, but there are times when things get so heated that they explode faster than we can deal with it. We don’t want to stop the conversation, just slow it down.

I’m not fussed about an automatic trigger for us (I can’t imagine trying to determine the defaults for that) but a toggle in the menu would be phenomenal.

I’d prefer this be something we can turn off for TL4s if necessary, but am fine with them having it generally. For our local representatives especially, being able to slow down conversations would be vital. I’ve seen a similar feature in action on Twitch and love it.

I also run a community about roleplaying games that could make good use of this feature.

Just to explain, discussions can end up being divided on factional lines, sometimes on cultural grounds. There is also a lot of questions-and-andswer kind of process going on, where it’s important that the beginner receives good, thoughtful and written out explanations. Sometimes even just for zeal and enthusiams of posters, discussion might go into an unproductive direction if the OP that asked the original question gets drowned out by tons of small messages.

We have some experience in other forums about the same topic where a “slow down” rule was enforced by the moderators, and it seemed to work well. I think this is something that seems natural that could be managed directly by the software, removing the need for moderator intervention (which always comes at a cost).

I subscribed to this topic so I get notified if there’s any updates on this; I really think this would make for a great feature.

This feature would be helpful even for our community

Sorry if I keep pestering on this feature, but I would like to give a concrete example of how some sort of slow mode would highly benefit discussion in particular cases.

It’s all Italian language, sorry about that. My main concern in this discussion is not the content of the posts at all (it’s all rather fine and polite), but the fact that a few well-meaning overzealous users are posting too much, shutting down discussion for everyone else, and making the thread inaccessible to outsiders wanting to join in.

You can definitely see how temporary thread closure is not a good tool for this. It doesn’t solve the problem: overzealous users are still free to post as much as they want while the thread is open, while readers or more casual posters now might not intervene because of the thread being closed, and them not being available to post at the time of opening.

If we had the ability to limit discussion to one post per user per day, then everyone would get the chance to join in, and the topic post count would also not grow as much.

Believe me, I am a huge fan of this concept. It makes sense. It’s a question of having the time to do it!

In the meantime I’d recommend intervening with those specific users, but I hear you.

In the meantime I’d recommend intervening with those specific users

Yeah, that’s what we’re doing at the moment.

We’ve got something similar with a kid’s thread in our forum-- it’s the busiest thread on our forum, and is mostly populated with 14 and 15 year olds, lol. They have a tendency to spam the thread. Now, we are of course working on the users themselves, but these are young people who like to make sockpuppets. Thankfully they haven’t yet stumbled on the concept of changing IP addresses, but once they do it’s going to get harder to control.

We have a related issue, where we don’t want to prevent people making posts, but we want to delay making them visible to others.

We have a community of a few hundred people, of which a handful are online pretty much all the time. What tends to happen is that for a lot of new topics, those people (of whom I’m one), all pile in and reply very rapidly, and then keep replying to each other.

That means that by the time the less engaged people see the thread, it hardly seems worth commenting, because what they want to say has already been said, or the matter seems to have been settled (people say this explicitly).

This means we get less widespread participation and engagement than we would like. Often the thread is not time-critical, so a slower conversation involving more people would be much better.

It’s not that we don’t want replies from the engaged people, we just don’t want them to immediately dominate and swamp the thread. So what we would like is a way to mark some/all threads as delaying replies. In this state, people can reply, but their reply doesn’t become visible to others for a length of time.

That way the hectic back and forth won’t happen, and other people get to comment on the thread from a clean start.

In our case the problem is also that these few people jump onto EVERY forum topic. So lately we’ve been thinking of a per-day posts (including replies) limit for all users. A high limit that would only affect these few power users, and they could come back the next day in order to post more. And excluding subforums that are dedicated to quick-paced chatter.

Believe me, I am starting to become strongly in favor of this as a category level setting. Limit the number of replies you can make – so you can make them count rather than overwhelming people with excessive verbosity and infinite replies…

That would definitely be useful in some cases.

But I think there is a separate issue about the speed of replies, as opposed to the number.

I don’t want my most active users to be discouraged from posting. I don’t want them to have to jump through hoops to come back later, because that’s punishing them for being really valuable contributors.

I just want the visibility of their contributions to be delayed so that not every thread has immediate comments from the same few people within five minutes.

That puts off everyone else from replying, and therefore makes a broader, more involving discussion less likely.

I don’t want my most active users to be discouraged from posting. I don’t want them to have to jump through hoops to come back later, because that’s punishing them for being really valuable contributors.

That’s exactly what I was thinking since a while reading this discussion.
IMHO, there would be a solution (albeit a slightly more complicated one) by forking a portion of the discussion (and/or some of the participants) into another topic (maybe a closed one, not sure) not appearing on the front page. This could be a solution to some problems raised here. Fork a particular point (“hot topic”) or group of users and try to force them to arrive to a conclusion, then maybe post a summary in the initial topic. There could be ways to automate this to trigger it automatically according to certain parameters (one concern raised being the time to be able to react).

There are not many solutions for UNREASONABLE users, though. And “slowing down” the discussion seems to appear to be the “best”, or maybe the “only” one. (Unless banning such users. But many also aren’t always unreasonable, so it’s not simple)

I am hugely in favor of many of the strategies being discussed here.

What about scheduling this, at least in the manually triggered mode only mode for now, for 2.6 or 2.7 ? 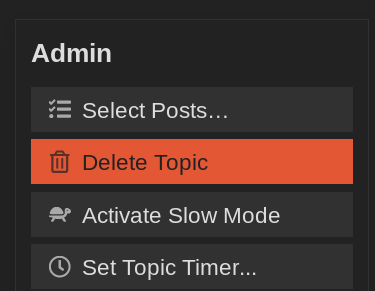 Having it in the manual trigger mode may help for admins to try it out and gather feedback that may help shape the automatic triggers.

On the YouTube live video chat mods can enable also “slow mode”, which really takes the heat of some discussion, because you think twice before you post.

Yes! I support any steps which bring us closer to the goal. How exactly would it work?

My off the cuff idea is that

I am fine with a manual slow mode as an initial experiment in this area.

Got to be careful with edit loopholes though, so maybe in slow mode edit window should be forced to be much more strict.

Edit loopholes would only matter when you have the last post in the topic (as editing the last post will bump the topic), but good catch that definitely could be a problem.