@angus, this looks very cool! Thank you for your contribution!

Because Quick Messages and Babble are related in their functionality but could be used side by side, perhaps you and @gdpelican could could work together and agree on a design so the Discourse design remains uniform?

Not a bad idea @holden. I’ll play around with Babble and this plugin alongside each other on the weekend and a) see if that use case makes sense and b) whether to adapt the design of this. Cheers.

Just updated the CSS to deal with wide images and added back emojis and uploads. 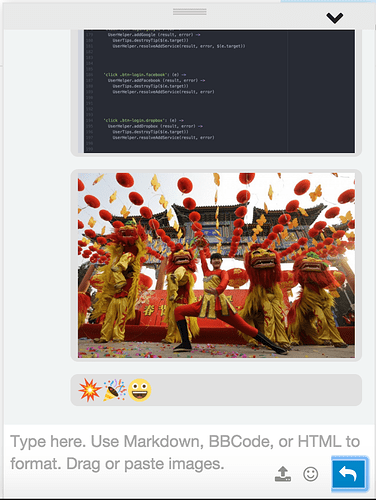 edit: oof that big space next to the emojis looks bad. Lets use max-width on that content instead. Ahh that’s better. 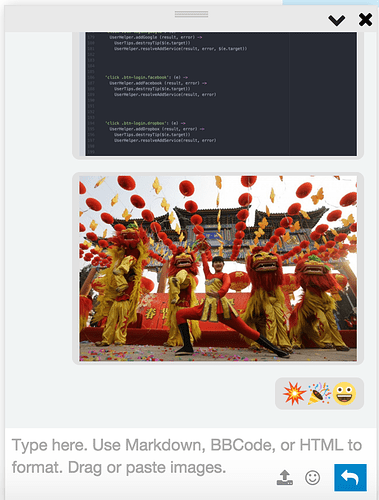 Wow keep up the good work!!

@holden Didn’t get to this this weekend after all (worked on my ratings plugin instead), but I promise I’ll look at the quick messages / babble style consistency soon.

FYI I’m in the midst of making Babble’s style a little less mad science, so kicking this down the road a little bit is probably a good thing. (The look-and-feel won’t change too much, but the underlying structure and css will hopefully make it much more robust in the face of XBC, especially on mobile)

Ah cool, thanks for the heads up. I’ll focus on the other to dos here first then.

These are the ‘other To dos’ at the moment. If anyone has any other requests/ideas for these please feel free to add them.

I’ve added the usernames of the participants to the minimized quick message compose.

Would it be possible to set a file size limit of attachments and some other messaging quota?

I really loves that feature

, but as far as I know, most of my friends communicating in chats with a lot of pictures. As admin of multiple small instances (up to 30 GB disk space), I don’t like pictures as much as my lovely friends does

In fact, I would have some limitations regarded to the users trust level. Is this possible?

@terraboss hm, I don’t know if I’ll add that feature. But you can always limit image and/or attachment file size in the settings. 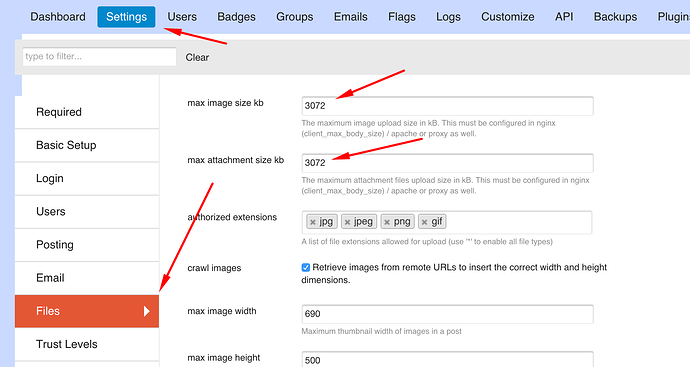 Indeed, but those settings are globaly and not specific for messaging.

In this case, some extra limits would make sence, except you’re going to compete with Facebook and other gigant social media providers with an nearly endless amount of storage

Like this plugin but on the mobile browser the envelope icon pushes the icons onto a new line thereby making the header toolbar too wide.

@mrdiscourse Yes I’ve been meaning to restrict the plugin to desktop only for now. Thanks for prompting me. I’ve updated it so it won’t affect the mobile web version.

The Plug-in looks promising! After Installation i got that Issue:

One Icon is pressed downwards. BUT I have the Babble Plugin installed also, perhaps that causes the Problem. Disabling babble did not solve it.

hm yes. The stylesheet was not getting registered. It should work now. You’ll need to clear your browser cache to ensure you pick up the change.

It seems as though adding a hyphen to a stylesheet name prevents it from being registered properly. Is that intended? @riking @zogstrip ?

It seems as though adding a hyphen to a stylesheet name prevents it from being registered properly. Is that intended? @riking @zogstrip ?

It is not. Feel free to submit a PR if you find a fix

Thanks! I’m currently working on multiple message composers/streams. This one requires a fair bit of work (distilling the relevant composer logic into a single component), so it’ll be a few more days, but that feature should be out soon. 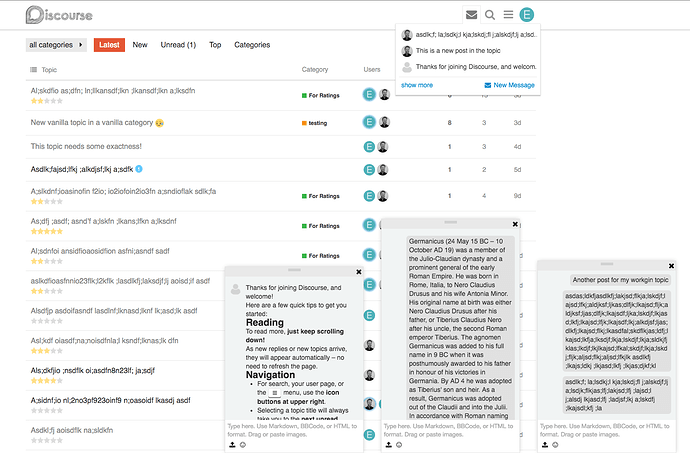