While looking at the backup and restore options, it seems that it is an all or nothing type scheme. Is there a way to choose the components backed up/restored? Currently, only files can be exempted but it would be handy to be able to backup/restore just the forum content and exclude the settings and other configs. This would have the added benefit of being able to migrate just the content more easily. Or am I just missing something?

And being able to import only settings could be handy. I suspect that it’s not quite so simple I’m the database, as some settings are connected to categories,for example.

What this would be is a way to specify which tables would be backed up.
Most tables have relationships with other tables so not having a full database backup would likely cause problems.
I think separating the settings table from the others might be doable. But in terms of size, it would be a negligible difference.

Maybe what would be more useful is a type of “reset settings to defaults” feature?
Maybe this is already possible using the Admin Settings pages?

Most tables have relationships with other tables so not having a full database backup would likely cause problems.

Yeah. That’s what I think. I often wish that it were easier to do an import on top of whatever theming someone had done, but after you’re using Discourse, there’s almost no reason for it.

Skipping settings in backups has been discussed, but there are nuances to it.

Maybe what would be more useful is a type of “reset settings to defaults” feature? Maybe this is already possible using the Admin Settings pages?

I see a use case for a backup of just settings and CSS mods and such. The ability to make a backup before making sweeping changes to how a site appears, and being able to go back to the way it was before if all goes hopelessly pear shaped would be useful. But even here, some settings (eg “max post length”) may come back to bite you after the restore.

For testing/sandbox, I would have liked to be able to export just a subset of the posts, say 3 categories, and have the restore (on the sandbox) include the user accounts, settings, and content. There is an impex command in the CLI, but iirc that only included user accounts and posts.

I was pointed to this topic as well… Topic and Category Export/Import. It appears that it gets us most of the way there.

Are the settings supposed to be exported? When I try and export and import (on a different server) some of my settings are gone. The theme and emojis reverted back to default. (maybe other things too)

Edit: even the users aren’t showing up in the dashboard. 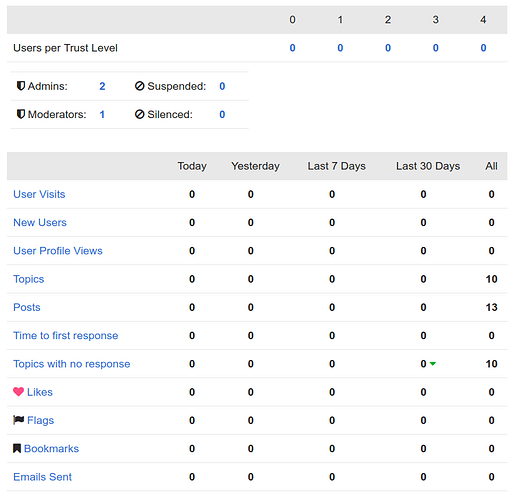 and even the site name didn’t get imported when I did a restore on the other server: 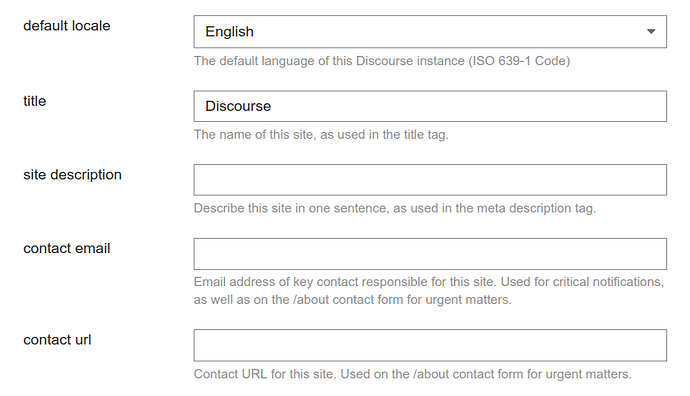 That looks like a blank server, so I’m going to say that the import probably failed entirely.

The content and users were there on the new server, but the settings, stats, and theme were missing.

Those things are all supposed to transfer with a restore?

Try rebuilding the container, that should fix the settings, then go to /sidekiq and manually trigger all the tasks on a daily or longer timer. Rebuild Dashboard Stats should be the one.

Thanks, I’ll give that a try.