A cool thing would be to have access to the emoji selector in the table editor, but I guess that’s not as simple as it seems

Yes, unfortunately so, but maybe I’ll look into integrating that sometime in the future.

Thanks for sharing this. I will look into this. Please do send me a message if you find out what steps to reproduce this, as it’ll help in debugging this issue.

Maybe you should delete unused columns?

One may want to keep the empty columns for some reasons, but maybe some sort of “trim” button in the builder to remove all the empty rows and columns would be nice, I agree.

edit: I misunderstood your message, I didn’t see that you replied to me, but still, a feature to “trim” the table would be nice anyway

Hi, I just tried that on mobile, but the menu isn’t showing for me.

Is it triggered by long touch?

No, it isn’t just working on mobiles. Just when a mouse is in use.

The extra top padding used for the Edit button is very slightly annoying because sometimes the “new” paddings/margins alters a bit the link between elements on a post. 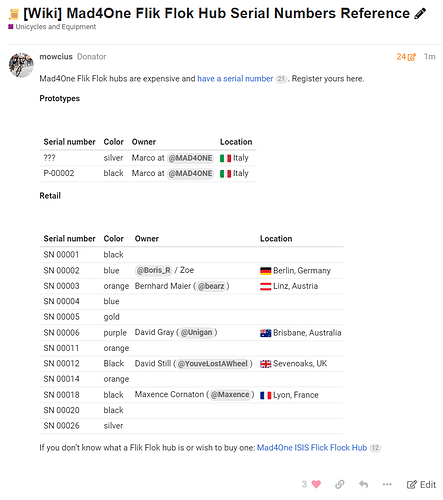 Maybe it could be interesting to have a larger bottom margin/padding on tables to make the top and down spaces more balanced when the builder component is installed? 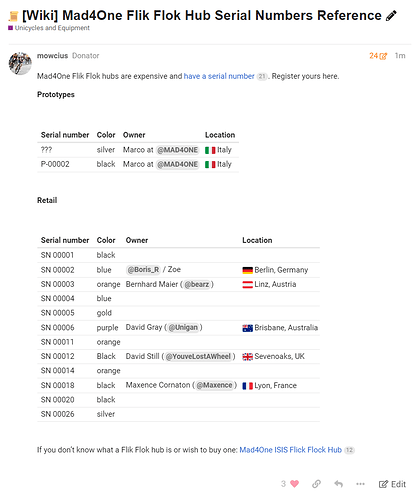 Not sure about this suggestion though.

Or we can rely on tricks…

I can’t get the edit button to show up on my iPhone? Is there something special I need to do?

Yes. Don’t use iPhone, but desktop instead

It is not totally mobile friendly but I’m sure it will change at some point.

Of course, mobile is very important!

May I know what device you are using so I can look into the issue further?

I was replying to this example, which seemed to suggest that it should be possible already?

I’m a bit late because I had to work. Bummer situation, I know. But there are issues at least with iPhone7 … 11, iPad 6thgen/Air, two different Samsungs, and no matter if desktop-mode is on.

And I haven’t check, yet, if there is some conflicts but everything else works nicely, so?

Great idea! I’ll take add this to my list of features to add later on.

The extra top padding used for the Edit button is very slightly annoying because sometimes the “new” paddings/margins alters a bit the link between elements on a post.

Thanks I’ll look into improving the UX in this area.

I was replying to this example, which seemed to suggest that it should be possible already?

Regarding mobile usage:
Although, yes, it currently works for me on a touch device by long pressing to trigger the context menu (tested on Android - OnePlus 7 Pro)

There definitely needs to be a some fixes done for it to work on more devices, especially for iOS. I recently discovered iOS has an ongoing issue with the way it handles context menus. However, I won’t be able to push out a quick fix immediately since we’re using a third-party library for the spreadsheet portion.

I’ll post an update once I’ve resolved these issues. Sorry for the inconvenience!

Sorry for the inconvenience!

I don’t want to speak for others but I suppose we’re all aware that’s a new feature and that UX issues or bugs are expected. And honestly, it’s already amazing work.

Sorry for the inconvenience!

I don’t want to speak for others but I suppose we’re all aware that’s a new feature and that UX issues or bugs are expected. And honestly, it’s already amazing work.

I agree !
Order ascending and descending…

I have a few fairly hefty price/product comparison tables on another site that I’ve been using during testing, and it really does make updating them an absolute breeze now.

My enthusiasm for maintaining them (and making new ones) has certainly been renewed with this little beauty.

I got a problem with Firefox Browser Version 103.0.2 (64bit).
Every input into the cells will put out as “undefined”.

I have recorded as gif.

Thanks a lot for help.

how to fix my table?

That looks like you’ve got a gap between the first line and the second. If you remove the blank line it should come good.

oh thanks. It seem complicated a little bit.

This is a known bug: Table Builder - #11 by Canapin
Couldn’t find steps to reproduce though.

I’d love if this #theme-component could directly import data from Microsoft Excel, Google Sheets, and Numbers through a button in the user interface. That would come in handy!