Why is the word "thread" not allowed on Meta?

Why is the word, “threa.d” not allowed? I’m curious. Just tried to use it in a private message. And, lol the F bomb just auto corrected into a PM I was writing. Oops.

I believe it’s related to:

I was curious to see a discussion about why topics are called topics and not threads (the more common term in online forums, according to my experience) but so far I have not been able to find any. Has this really not been discussed previously? Personally, I have gotten used to the discourse terminology but I find it somewhat of a pain when trying to explain things to new users, as “topic” is not intuitively understood while thread is well known from email and other online forums. Yet, I am rel…

Thread implies a full blown tree with responses nested infinitely underneath to unlimited depth; we don’t do that here, at all: 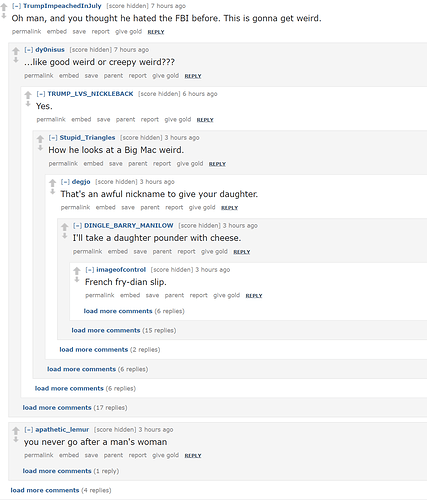 The education of Blu continues. Thanks, Jeff. I can see why thr-ead might be tantamount to an expletive when defined like that.

So are you saying that that word is not allowed because discourse has topics?

Instead of freaking out here, and as a programmer being denied that word does annoy me a lot, think about it like this

I agree entirely that people need to be educated about terminology in discourse, this is the atomic route, over the next few weeks months we will have less atomic ways

'Your post contains words that aren't allowed' ... but which ones?

For context, he’s talking about these: 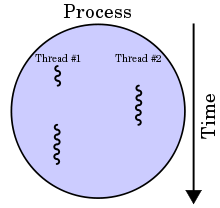 In computer science, a thread of execution is the smallest sequence of programmed instructions that can be managed independently by a scheduler, which is typically a part of the operating system. The implementation of threads and processes differs between operating systems, but in most cases a thread is a component of a process. Multiple threads can exist within one process, executing concurrently and sharing resources such as memory, while different processes do not share these resources. In Sy...

Pretty rare to talk about that (programming context) though, and definitely rare here on meta. A more common contextual use is email threading, which we do want to preserve via email headers on the emails sent via Discourse.

This is also a bit of a dogfooding experiment, not a lifelong policy to be forever engraved in a stone monument on a mountaintop.

Please, set my mind at ease and tell me that this is specific to meta, and not planned as a feature.

I run a car enthusiast’s forum, the meatbags will be in full revolt if the software prohibits the use of the word threa.d.

Please, set my mind at ease and tell me that this is specific to meta, and not planned as a feature.

This is specific to Meta, and not planned as a feature.

Actually, Discourse has had support for blocking words for ages. You can block any words you like, and none are blocked by default. Team Discourse just added “thread” to their block list.

Are there plans to add reasons for blocked words?

So e.g. if I write “thraed” I get a popup that doesn’t just say that the word is not allowed but rather something like:

Your post contains a word that’s not allowed: thraed
Please use the word topic instead of thraed.

Maybe with links to dictionary entries or to a relevant discussion?

We are talking about JIT messages and other possible solutions like this, yes. 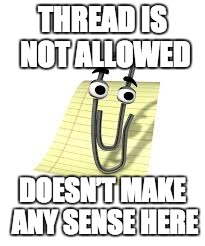 What technical term do you use for the reply link chain? As in when I reply to you now it will be possible to click your name top right and see a pop up of the post I’m replying to?

(Or maybe you just call it the ‘reply link chain’.)

No, obviously Microsoft would not be happy about CDCK using Clippy’s image just because you want to. At that point, they’d probably start enforcing their copyright.

Just my personal experience… but I’ve spent the majority of my life building and interacting on forums since the BBS days, and making web-based forums over the last 19 years. and I’ve never heard this limitation on the word before.

To me personally, I’d actually say that “thr34d” (singular) makes a lot more sense to flat forums compared to nested ones. Nested ones are “multi-thr34ded” - although I still stick with the singular version of the word in most cases. But in general the word is used to denote: OP’s post + all replies (covers both flat + nested).

In most cases “a category” directly correlates to “a topic” each. Multiple thr34ds within a category are all broadly talking about the same single “topic”.

It’s all subjective of course, but in my opinion, these words are clear:

These words are ambiguous:

In any case - I think banning the use of the word “thr34d” here on the meta Discourse isn’t very helpful. If people are talking about Discourse - it’s not like there’s going to be confusion over flat vs nested - because Discourse is only one of those things anyway.

I would have thought this would also be annoying to people talking about server process thr34ds related to running Discourse servers too.

I’m viewing it from this perspective: some word needs to be banned to make sure the feature still works. This is a pretty good candidate.

I don’t think Topic and Post are quite as ambiguous as you make them out to be among the general online public.

I initially opposed this plan because I believe in education/behaviour change over rules but we needed a commonly used word so we could dogfood the feature.

The fact that this discussion has stemmed from it, meaning people are being educated means that I’ve [partially] come around.