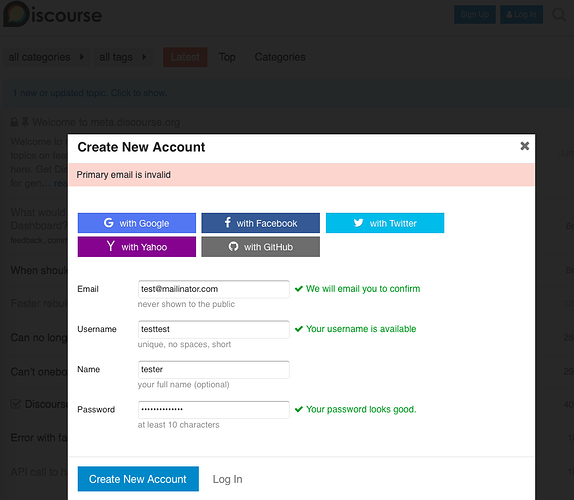 Is there a way to replace this “Primary email is invalid” message?

Did you search for “primary email is invalid”?

He’s right there isn’t a direct match in Admin, Text Content – this might be because we’re using that built in Rails validation stuff, so it could be of the form

@pfaffman yes I did

@codinghorror looks like there’s no label containing {fieldname}, but I do see a generic activerecord.errors.messages.invalid = is invalid and a few others like it. I’ve changed all three and it turns out to be the active record one.

It’s a very trivial nuisance, but it would help guide the user a bit