With the latest update I saw that this feature was introduced.

The problem is that if you change the order of the groups, the user’s title does not change but remains the one of the first group he entered.

In my case I have 2 users that initially entered the alpha_tester group. After some days they made donations to Patreon and were automatically added to the supporter group.

Via admin panel I changed manually the group:

Now I can see that their primary groups is supporter but the title still remains alpha_tester: 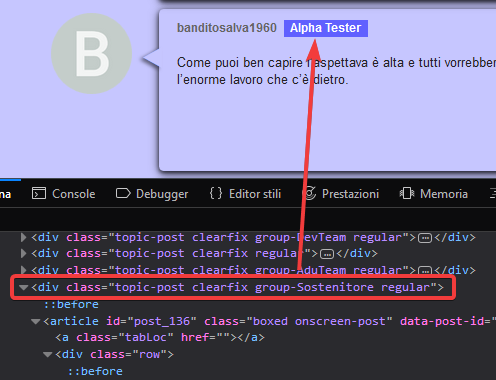 For testing I changed the supporter group to primary group (originally it is not) to see if this was the problem.

Since I have moved users from a group to another (primary or not) without any problem until yesterday’s update, I assume that the last change introduced has created a possible bug.

Is this still an issue?

I’ve made two changes that can hopefully make the flow a bit more intuitive.