Do you need to specify any possible size or select from pre-defined set?

I need to specify any possible size, this becomes super critical stable layout on the page.

I guess what you are trying to determine here is if we could have a custom post processing job that injects size into the HTML and takes this decision away from the user.

My answer to this would be … maybe… If you upload retina you want to specify the smaller size so the retina screens get high fidelity and non-retina just get scaled down. It is possible we could glue this information into an EXIF tag or something and then have a post processor magic an SRCSET. But it would be a huge change.

We absolutely need to deal with this cause we have tons of history, I can hack html_block.js to support this edge condition quite easily. But I also think the spec needs an adjustment here.

I also think the spec should deal with this, especially cause of the HiDPI concern.

In general, everything is blocked by spec. I can explain solutions i know, but all those are not ideal.

Image size can be defined:

So, i described the situation, but don’t like to take responsibility for your choice. IMHO, right now every choice is not ok. Because problem is on spec level, and i can’t push it forward. In nodeca, i decided to use alt content, but only to select between predefined sm|md|orig sizes, not to set WxH. Also, nodeca does not pretend to define de-facto standards.

About keeping breaks between <img> tags. IMHO it’s impossible to solve this problem easy on spec level. Because if you have a line with <img> tag only, it’s impossible to say, is it a raw block, or paragraph with raw inline element. I think, right now it’s better to hack html_block rule to filter out <img> tags - more easy to update in future.

Thanks heaps, totally understand, we are just stuck with no ideal solution here.

I really like this syntax proposal cause it is far simpler to parse and the Markdown looks much cleaner. Sure it is not as “flexible” as maruku like syntax but it is far prettier. I think we may migrate to it.

can you think of a better way than to deal with two checked items in the checklist producing italized content without escaping the *?

What is the specific markdown that you have that is failing?

Without escaping the * on one of the two items, it causes the text Item Two, Item Three to be rendered as italic and therefore the [*] doesn’t render as a checked checkbox, but rather []

If there was a way to force my rules to apply before <em> gets applied to *, it would solve my issue, as my rendered output would negate the parsing of * into <em>. But I’m not sure that is really advisable.

This is a GIANT conundrum.

At the moment I changed it so we apply the checkboxes AFTER all the inlines happen.

Otherwise stuff like http://test.com?[*] would be rendered as a checkbox which is far from desirable.

We can easily push it up in the chain so it happens prior to applying italics, but then we break automatic links.

I really don’t think this can be resolved, I would recommend just documenting this issue. A newline here would fix it anyway or making it a list or escaping.

@Vitaly any thoughts here about the checkbox plugin?

OK I fixed the img tag by adding this new block rule.

It is not ideal, but at least it is reasonably defined and does not mess with the core of Markdown it.

I really like this syntax proposal cause it is far simpler to parse and the Markdown looks much cleaner.

That may need format clarification. For example, to allow px, em, rem if needed. I provided only demo to explain principle. Don’t remember details. Seems, CM forum may have threads with more examples.

I really don’t think this can be resolved, I would recommend just documenting this issue. A newline here would fix it anyway or making it a list or escaping.

I’m 100% okay with going the escaping route, I’ll just drop backwards compatibility support as I don’t really have a lot of time to dig into why it isn’t working quite right without markdown-it enabled (feels like something magical and not a simple mistake on my part). Plus it would keep the plugin a bit cleaner and those who do not wish to upgrade (or can’t), can reference a tag to stay on their current version.

I’ve done that in the past, it hasn’t caused any major issues (to date).

On the other hand, I guess I could change the default behavior to mark checked with [x] instead of [*] and that would solve the issue without the need for escaping. I’d probably have to ask the users of the checklist-plugin about that sort of change though. (ping @meglio, @andrejkosyak, @steven, @downey, @Trash)

Then [*] would only be an issue for existing checklists and/or manually updating/creating them and the preview window would be indicative enough to hint you need to escape the *.

@Vitaly any thoughts here about the checkbox plugin?

I consider such plugin useful, but i not implemented it due lack of good spec. Seems, someone published implementation in npm registry, but can’t comment anything about quality.

When i post first an image and than a google maps embed, it does not work:

Interestingly, it works the other way around: first map, then image.

Looks like an issue with any onebox after an IMG tag. Will get it sorted. 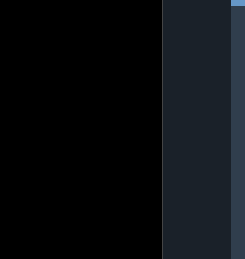 Looks like there is an issue with ‘@’ in urls: Apparently links with @ signs aren’t working correctly, example (Medium urls): https://blog.tendigi.com/@nickplee

I just checked with the old markdown engine and links are generated correctly.

Yeah looks like an issue with linkifier @Vitaly should we open an issue on it? https://blog.tendigi.com/@nickplee is not linkifying right.

Issues with new examples are welcome, if:

I have not seen url-s with @ before. If you know more formal rule than just sample link - please add those too.

Not exactly a canonical source, but it doesn’t look like @ is legal in a URL http - Can I use an at symbol (@) inside URLs? - Stack Overflow

What this is basically saying is that “@” is OK in some parts but not in other parts. The URL “https://medium.com/@nicksantos” is valid, but “https://medium@/” is not.

Valid and “works in practice” are different things. I know I’ve seen FTP-style https://user:password@example.com/ URLs as recently as this morning.

Without double checking the RFCs, my memory says that that sort of user and password was explicitly allowed for the ftp: scheme and explicitly not included in the http: and https: schemes. But people use it anyway.

Created a markdown-it issue to track the @ sign issue.