CPU spikes seem to be crashing our server

Over the past 10 days or so - both before and after updating Discourse to the latest version - our server has crashed once every day or two. This morning it crashed twice in quick succession.

We’ve been too busy to stop and investigate, and have just been power cycling it, but now it’s clearly worth reaching out to you all about it.

CPU seems to have inexplicably spiked several times before the crash: 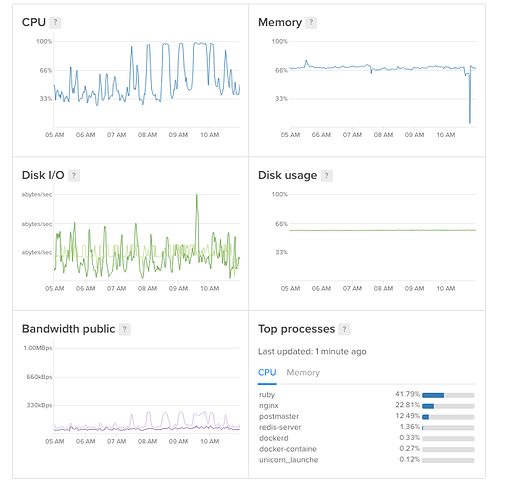 Memory dropping to zero was due to the reboot. Also note that our backups happen at night, so this doesn’t seem to be related to a database backup.

We are running currently running the 4gb ram Digital Ocean droplet and would prefer not to go up to the next tier since it would double our monthly cost. Here are the stats: 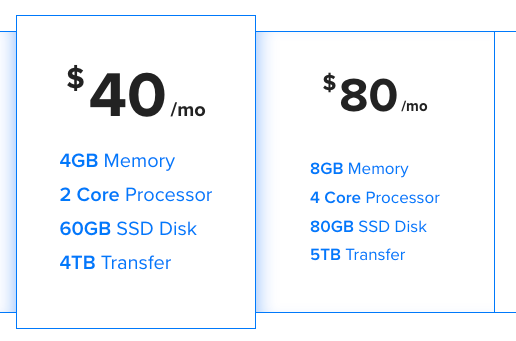 Digital Ocean is reporting no issues on their status page: 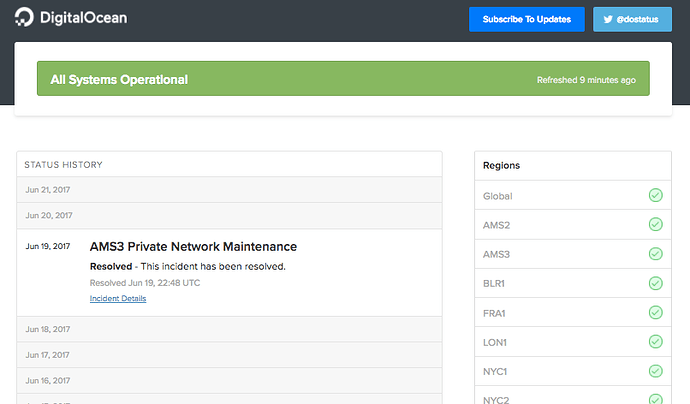 Do you all have any ideas what might be causing this, or what we should do about it?

Do you have a big backlog of sidekiq jobs ? look at: sitename.com/sidekiq for that. Are there any errors in /logs

@sam Thank you for the quick response. Here is the data from sitename.com/sidekiq 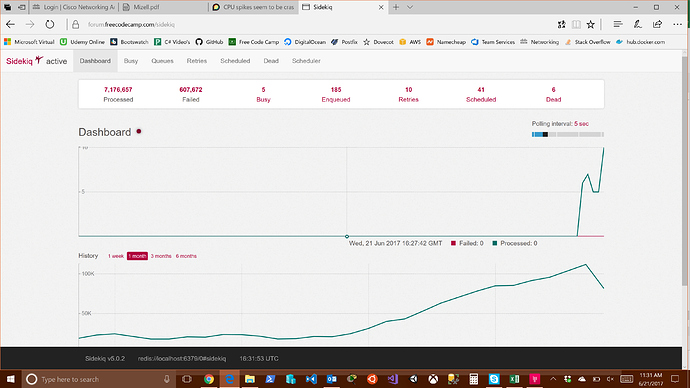 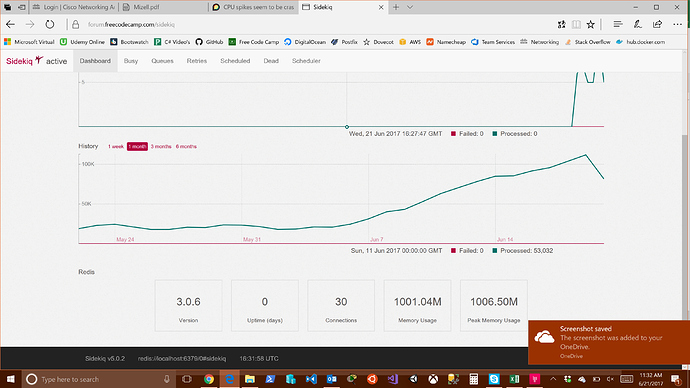 If you upgraded the droplet after you did the initial install, you might need to tweak the memory settings. ./discourse-setup will change them to the recommended values.

We have about 60 people using our Discourse instance right now. Will running ./discourse setup cause downtime?

Will running ./discourse setup cause downtime?

Not until the end when it does a rebuild. Then, it’ll be down for 10-15 minutes.

OK - I will try running this tonight before going to bed then. Thanks!

CPU usage doesn’t crash machines. In general, there shouldn’t be much that’s capable of actually crashing a machine, short of a kernel bug, although it might get awfully unhappy. Look in your system logs (/var/log/kern.log, especially) to look for evidence of unpleasantness.