I think it would be beneficial to allow users to disable their Avatar Flair and their title on individual posts. The idea is that it can help distinguish posts made in “official capacity” from personal posts as just a community member.

Another advantage, especially if it could be mass applied to existing posts, would be when onboarding existing community members to an official position in the community. By disabling Avatar Flair for their old posts, it would be easier to distinguish them as personal posts for new members who might come across them in the future.

I also have some quick and dirty mockups how I think the UI could be handled: 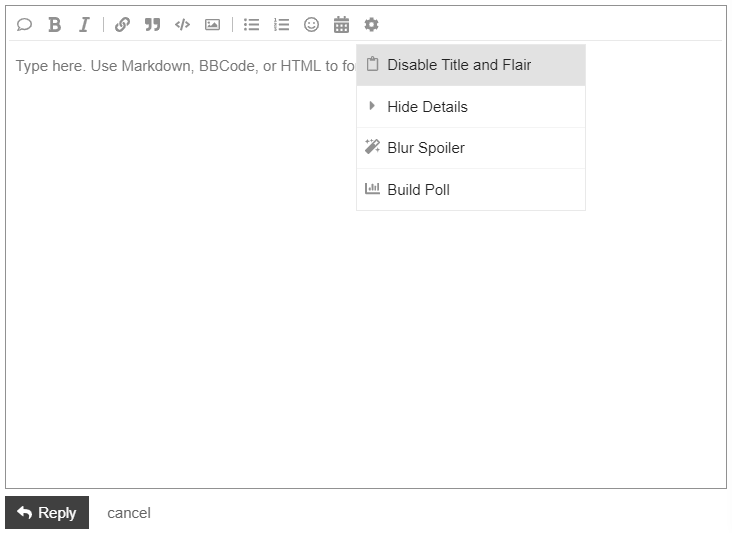 I just changed the text on “Canned Replies” to illustrate, but left the checkboard icon, as I couldn’t think of a good icon for it. 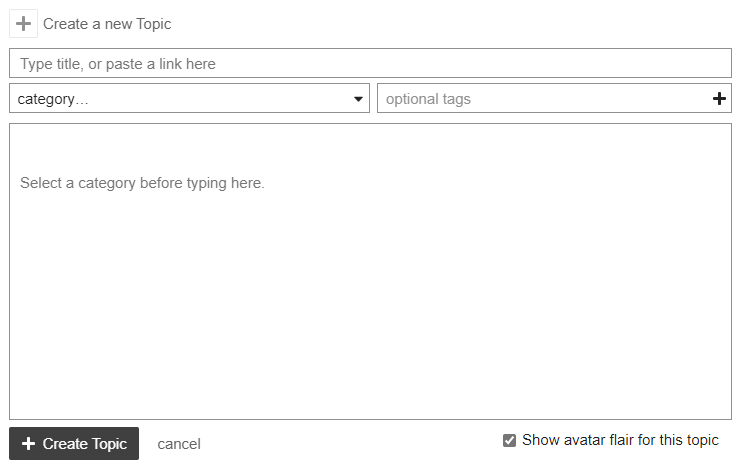 I didn’t think about whether this makes more sense as “Show Avatar Flair” with it enabled by default, or “Hide Avatar Flair” with it disabled by default when making the mockup. The latter would be more consistent with the suggested behaviour for replies.
The copy doesn’t mention title because I couldn’t think of a way to word it that was both concise but also avoided confusion between the user’s title and the topic title.