Up until this morning, the support forum for Last.fm https://support.last.fm/ was working fine on iOS12 using the Discourse app.
But this morning it started getting stuck on this screen: 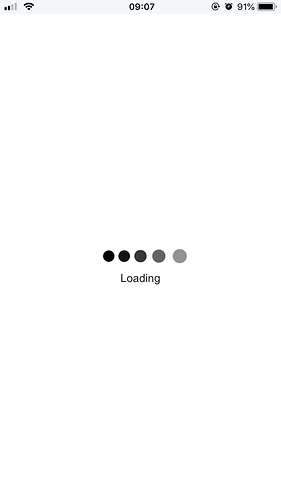 There were some issues in the past, which have beem fixed:

This seems to have broken again yesterday. I’m getting a white page with no error message via my browser and the app on the same two out of three forums

I’m having the same issue, as explained below:

I believe the OP is referring to iOS (version 12 in their case).

This will be resolved by

33a2624f09 introduced a JS safe-navigation operator in `discourse-boot.js`. This… needs to be transpiled to maintain iOS 12 support.

That fix will roll out to our hosted sites soon.

However, please note that we will be totally dropping iOS 12 support from January:

Our policy has always been to support the “latest, stable releases of all major browsers and platforms”. However, given the large number of still-in-use Apple Devices which are limited to iOS 12, we will be making a temporary exception: We will aim to support Safari on iOS 12.5 until January 2023. Discourse 3.0 will be the last version to ship with iOS 12 support. After that, we intend to return to the ‘latest, stable release’ policy. iOS 12 users will then be shown the non-interactive basic H…

Thank you!
Yes, I will have bought a new phone by then.

Although, it’s worth mentioning that the Discourse Hub app on iOS is compatible with iOS 12, so it would be weird for it no to work on iOS 12. But I get it that it’s an old OS.

Didn’t want to creat a new thread.
Now Last.fm Support doesn’t load on desktop browser.
As you can see in the image below, I tried both on Firefox, and on Google Chrome using incognito mode.

working for me … instant even. Not sure what this has to do with iOS 12?

Not sure what this has to do with iOS 12?

I just didn’t want to create a new thread.
Though my original issue still remains.

Edit:
When trying to open any Topic, it gets stuck on the loading dots. Something isn’t working fine with this new loading script. Or maybe is some connection issue related to my geographical area?

By the way, the DiscourseHub app on iOS 12 still gets stuck on loading screen as well.

The fix hadn’t rolled out to that site yet. I’ve just expedited it, so it should be fixed in about 10 minutes.

As you can see in the image below, I tried both on Firefox, and on Google Chrome using incognito mode.

What versions of these browsers are you using? Are there any errors in the developer console?

What versions of these browsers are you using? Are there any errors in the developer console? 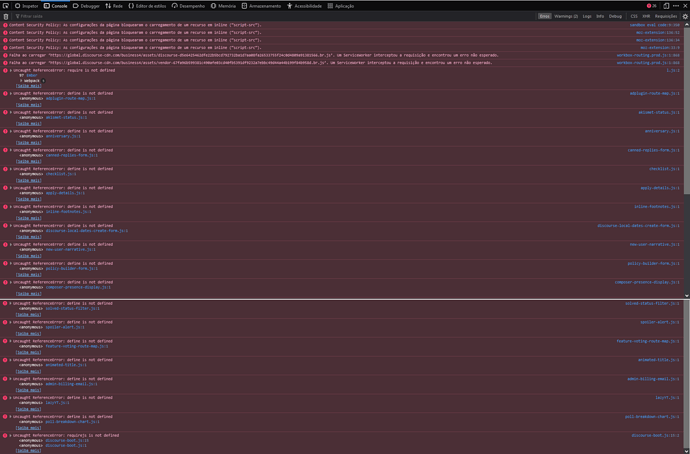 I tried changing Firefox’s privacy setting to “normal” but that hasn’t solved it.

Seems to be working now

“falha ao carregar” translates as “failed to load”. The errors after that are caused by the loading issue. So maybe some kind of Adblocker or network issue was causing issues on your computer.

Seems to be working now

Not to be a pest, but is there any chance the current iOS 12 fix can be rolled out to board.straightdope .com?

Looks like a million now – thanks for taking care of it so quickly!

When I see the gap between all the efforts we are asked to make to save the planet and the difficulties I have in keeping a smartphone that works very well (on iOS12), but is just getting old… I tell myself that all this is not won!

This topic was automatically closed after 11 days. New replies are no longer allowed.