When you attach images to a post, Discourse resizes them to make thumbnails suitable for display.

There seems to be a bug when it does this which causes it to consistently lose the top and bottom rows of pixels.

This isn’t a huge deal but makes things with thin borders look weird. (e.g. Most Windows 10 software screenshots look wrong because the bottom edge of the window isn’t there.)

Hopefully this example image will reproduce the problem here on the Discourse forum: 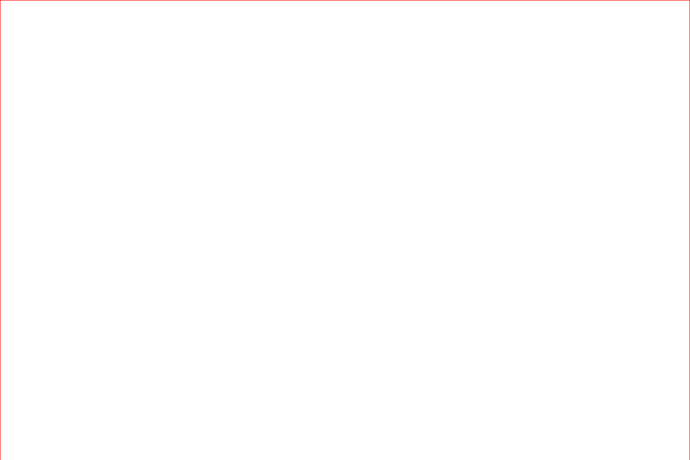 That should be a white image with a 1 pixel red border on all sides. If the problem happens here, you’ll only see the left and right borders until you click for the full-size image.

(Edit: It does indeed seem to happen here.)

In case it doesn’t happen, this is the result I see on my own forum: 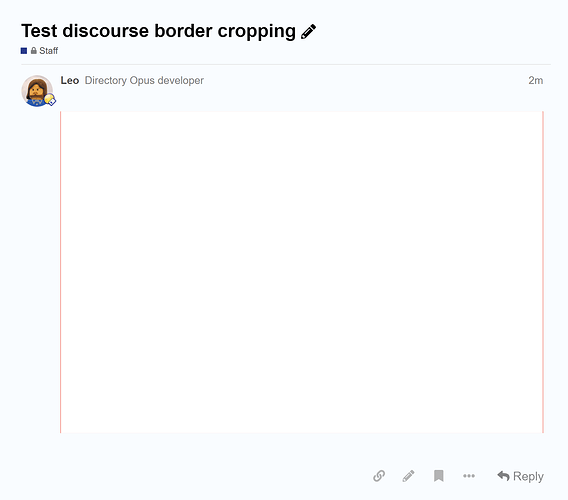 When testing this, you have to wait a little while after posting (and sometimes refresh the thread) for it to happen, since it takes a few seconds after posting for the thumbnail to be generated server-side.

Yes, I’ve noticed this too for quite a while. Not sure what can be done about it.

(Edit: It does indeed seem to happen here.)

Interesting, I see the top, left, and right, but not the bottom.

I wonder if it depends on screen size, with different assets being served to different clients.

Having a quick look at the post/image above via F12, I found two assets, plus the original image:

There might be some ImageMagick arguments to tweak the scaling algorithm and how it handles pixels at the edges, although any change could of course make other situations worse while improving this one.

There might be some ImageMagick arguments to tweak the scaling algorithm and how it handles pixels at the edges, although any change could of course make other situations worse while improving this one.

Yeah, that’s my thought as well. It’s a scaling algorithm issue. As long as the original version is preserved, I’m not seeing a serious problem here, so I’m moving it to feature request.