Sure, but it does not work out in your favor. It’s just a VPS hosted by them with scaling, much like AWS. However, their smallest instance does not have enough ram to get by, and their second smallest is ~$38 dollars a month excluding bandwith, for less memory than many competing VPS providers. Their prices are per hour so you could test out instances, but it may be worth checking out other options.

You can follow the install guide using ubuntu; or debian with minor changes.

Of course, times change. I wanted to get a fresh look on google’s pricing. While I was at it, I checked out amazon’s current pricing as well. The idea is to look for the minimal usable specs; you can always scale upwards (for a cost.)

* Not including Sustained Use Discounts. This tricked me at first, but in reality (price per hour * 720 hours) is not what you will end up paying. From google:

Pricing that out, it looks like this for a g1-small. This is assuming it is used the entire month.

You have to pay for bandwidth at varying rates. If you’re a high traffic site, you’ll want to look at the pricing more carefully but a rough guess of 5GB/mo outbound at the highest rate is only $1.05. Storage is also a consideration. I can’t check what my small discourse install uses, but 8GB of space is only $0.34 cents per month for a grand total of:

$19.03/month. On average, this could be slightly lower or slightly higher. Not that bad!

EC2 is big on pricing up-front for steep discounts later. I think that their calculator would do a better job than I would. You’ll need to use at least a m1.small, so the free tier would not help you much. With an upfront payment of $257, you could pay only $9/mo… which is an adjusted cost of $16.77/month. Also not that bad, assuming you can afford the upfront cost.

Bandwidth should be less than $1.00 per month at these scales. Of course, without the upfront price the monthly price goes up to ~$44/mo… which is quite pricey!

Why not Digital Ocean?

There are many providers out there with varying levels of service… having multiple options is a good thing. DO is a solid platform; others are too.

I didn’t list it above because it’s pretty well covered in the documentation here.

I guess I should have asked, why Google Compute Engine? Is there a benefit?

Their network and their reputation, i think no need to use CDN

i think no need to use CDN

No matter how reputable a network is if it is located in USA round trips to China are still going to be 300ms or more. There is this pesky speed of light thing.

Not fair if you use China to compare ( China almost use great firewall). Even that, Google Network still quite good, alway lower 250ms 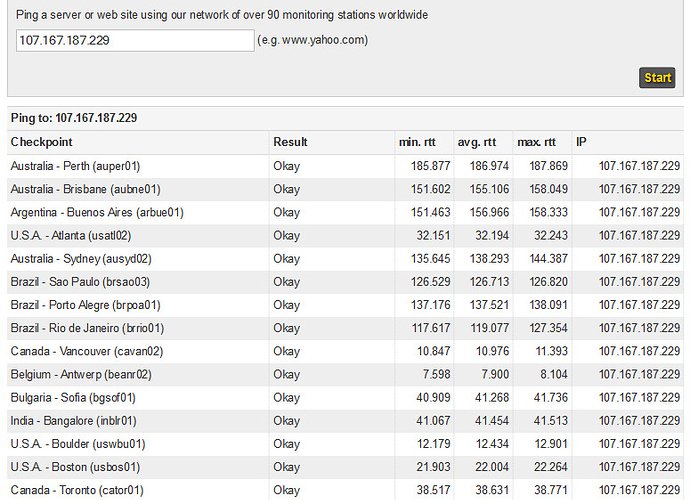 You don’t get an entire payload in one round trip due to TCP congestion algorithms, a 180KB file like our JS file will take about 6 or so roundtrips with IW10.

Just checking in to see if anyone else has tried running Discourse on Google Compute Engine. Their machine types and pricing don’t quite line up with Digital Ocean so I’m curious whether anyone has a good feeling which might be recommended.

Google just announced $100,000 grants to startups for their cloud services, so it may be something people start to use more frequently.

@downey, how do you got it?

I just created a new n1-standard-2 size instance, and used SSH to connect to it (Docker is already installed) and followed the Docker installation guide.

Where I can find step-by-step tutorial to install Discource on the Google Cloud?

You’d just set up a new instance on GCE, SSH in to it to get a command line, then follow the same instructions as for Digital Ocean.

This is not the same (for me). I can’t find the ‘droplet’ on the Google console… =(
sorry I’m newbie

I’d venture to say that Digital Ocean is quite a bit more user friendly than Google Compute Engine.

Hopefully someone will eventually get Discourse working with the Cloud Launcher at https://cloud.google.com/launcher/explore. But in the mean time, you’ll need to consult the Google support docs to get your server up and running, then once you do you can switch back to the Discourse+DO instructions.

Thanks a lot, Michael! It works! I installed Discourse via Cloud Launcher, but I’m not sure this is a demo or what? 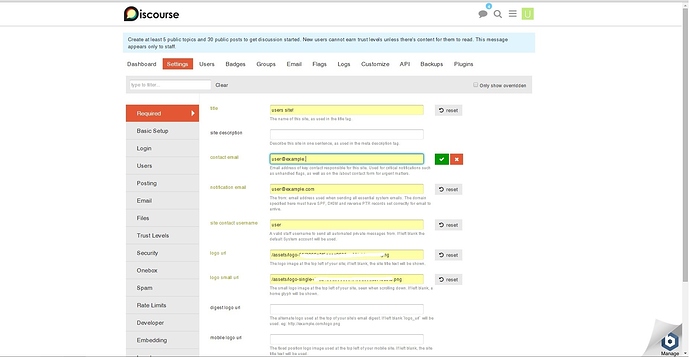 It looks like you installed a Bitnami image. While fine to test and experiment with, for production I would strongly recommend sticking with the officially supported Docker install.